Amazingly after Irene's visit the fig tree written about in the post below is still standing. Trees fell to the right of it and to the left of it, but only one branch was broken and we thinking of pruning it more carefully this winter anyway as the fruit grows on new wood.

The night of the hurricane I opened the front door to the torrential downpour and roaring winds to check and see what had fallen and I ended up frightening a small wren that had taken shelter under my porch.  Out she flew into the deafening storm.  I made sure I did not open the door again until morning, feeling so guilty.


As we surveyed the damage the next morning, the front yard barely being recognizable, we saw a hummingbird fly in and stop at a few blossoms still standing by the sidewalk and this was followed by several butterflies looking for what remained of the cosmos and zinnias for their morning refreshment.
Birds were singing, if not energetically, a least musically and the hornet sound of chainsaws had not yet begun across the neighborhood.  It was time for taking a look and being thankful for all the big stuff in this world...which unfortunately also includes hurricanes.
Posted by Tabor at 8:11 AM 13 comments: 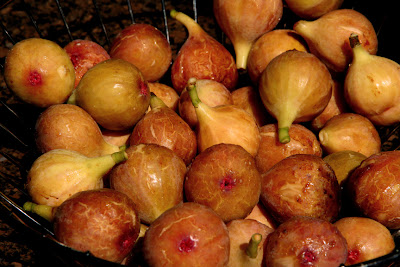 The first year that our fig tree produced we got about a dozen figs over a two week period.  Hubby and I carefully shared them.  They were like rare pieces of candy and we were amazed at how they tasted like figs!  Imagine our surprise at not being duped by the fruit tree catalog. 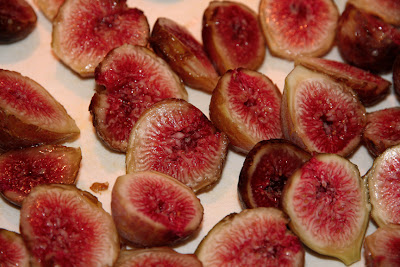 This year our fig tree has produced about ten cups of figs and we hurry to pick them the day before ripeness so that squirrels and raccoons and perhaps the resident ground hog do become aware of this tree candy.  We have been eating them like popcorn because they are still a luxurious rare form of fruit for us.  Then I sliced them in half and made a lemon/fig tart as the abundance became too great. 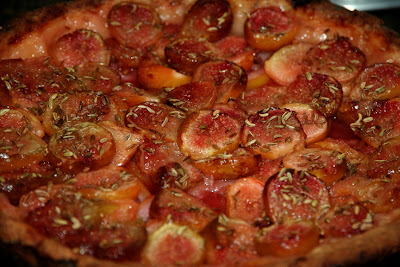 The tart was made with sliced lemons, honey, butter crust, figs and fennel seeds. It was sweetly delicious.  Honey and figs make me think of the Bible or some exotic tent in a desert with an Arab offering his figs.  I have so many now that I made a date bar recipe and froze half of it because it was made in a large pan.
The next figs picked as this season ends may be frozen as well, because I have read that they can be kept that way.  What on earth will I do next year as this tree gets bigger?
Posted by Tabor at 5:38 PM 13 comments:

I am exhausted.  I have been one with the green earth and a 6-year-old boy for an entire week.  Are you green with envy? Little boys seems to find green things most easily. So these photos are just something we found on our recent hike.  Click on photos for closer green. 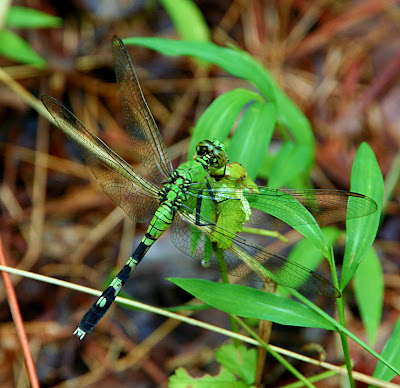 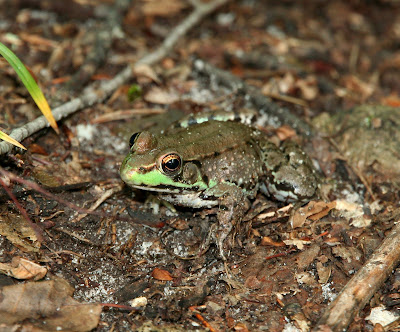 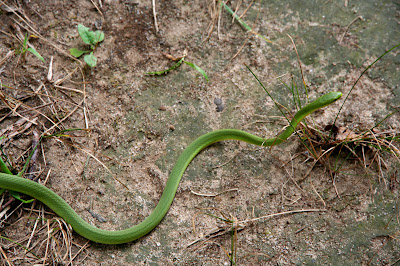 One of those very peaceful very early Saturday mornings in late summer.  The air is not clear because there appears to be a gentle haze of smoke from some distant fire hanging across the river.  The gentle birdsong of these woods has been abducted by the brass band call of a murder of crows in the ravine.  They had landed mid-tree line, and with the determination of a political candidate, continued their wining and screaming and protesting across the woods, each one determined to caw louder than their brethren.

In a few minutes just across the top of the trees a shadow was silhouetted against the gray sky.  A brown hawk flew in and quietly landed in a nearby tree.  The crows ignored or missed seeing the new visitor.  Then a few minutes later another brown hawk entered the foray, but with much whistling and sharp singing making his/her presence known.  The second hawk landed in the highest tree and cried and cried and cried.  To no avail, as the crows ignored it and continued their shouting and cawing.
After some time the noise of all the feathered cast diminished and the shadow of what appeared to be a third hawk flew quickly and quietly through the dark greens of the mid-level trees into the distant peninsula and beyond my sight.    I did not see the other hawks leave, but the woods became silent once again as the crows followed quietly.
Was this a young'un being driven away by the resident crows and being protected by mom and dad?  Made me wonder if hawks ever gang up on crows to make a point?
Posted by Tabor at 6:21 AM 9 comments:

This summer heat and humidity has meant that I can go outside and just stand in the shade and within minutes sweat starts to trickle down my temple and into my eyes and ears.  Really.  I have showered so many times a day that I am worried I may start growing fungus all over!

Then, as I am pulling three foot weeds (which are now growing a foot a day) and deadheading flower blossoms (which bloom in the morning, sigh with limp petals in mid-day and begin to drop crispy petals by late afternoon), I have to be careful or I encounter these yellow fellows below.  I have destroyed a few of their webs unintentionally.  They build the strongest and largest capture units I have ever seen and there is nothing more breathtaking than getting some sticky web across your face or in your hair while you are focused on something else!  This garden tenant was really this large! 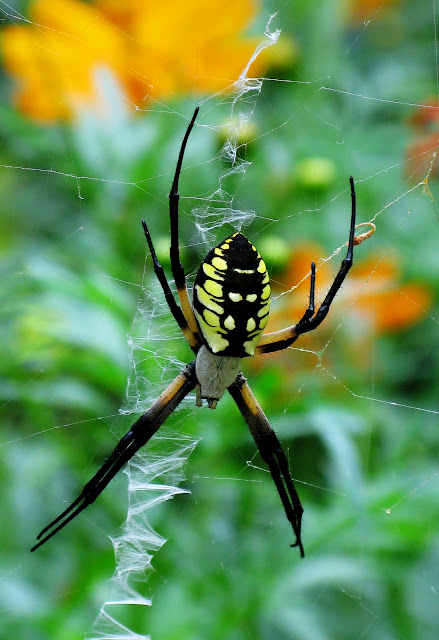 My Final Look Back for Now

I think in all this heat we might need a smile now and again.  I wrote this post the first summer we lived in this house.  I am driving back today and should be back to a routine soon.  Wonder what the last few days have left of my yard?

This is one of the best frog photos I ever got.  It was taken so long ago when I first started writing about  the magical life in my new yard.  I have not seen a frog like this again, but I hear them!  Please click on the photo for a close-up.
Posted by Tabor at 12:49 PM 5 comments: