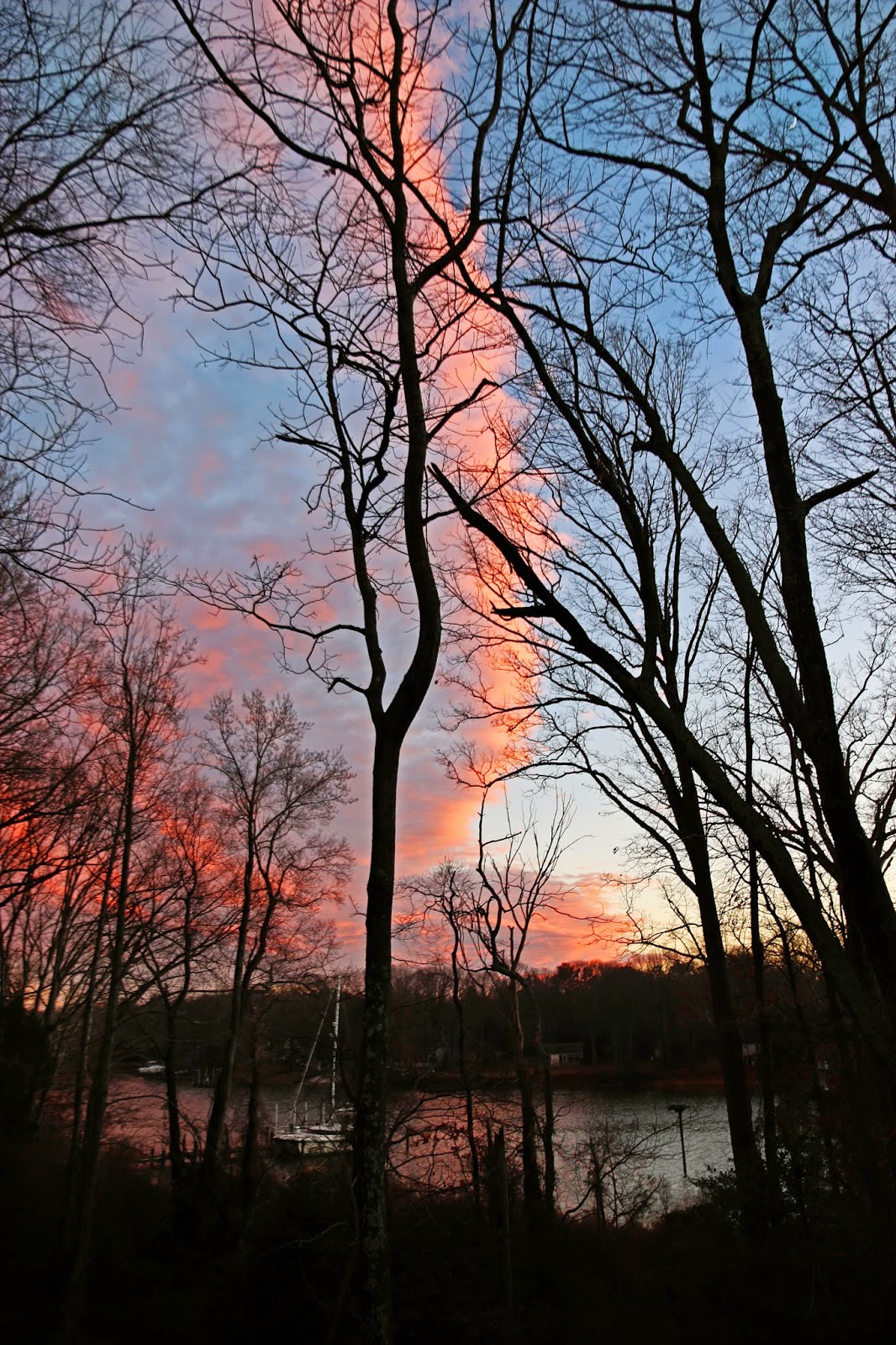 In spite of the cold weather I find that I cannot ignore those sunsets that sometimes appear out of a cotton gray nowhere as the wind dies down at the end of the day and the sun reappears for a brief time with just enough clouds lingering to catch the pink light before all vanish like  shape-shifters into the charcoal sky.  In the lower left of the photo above is my neighbor's sailboat sitting, waiting for them to return from a month in Florida.  I am sure it is thinking, "Why didn't you take me? How could you leave me behind?" 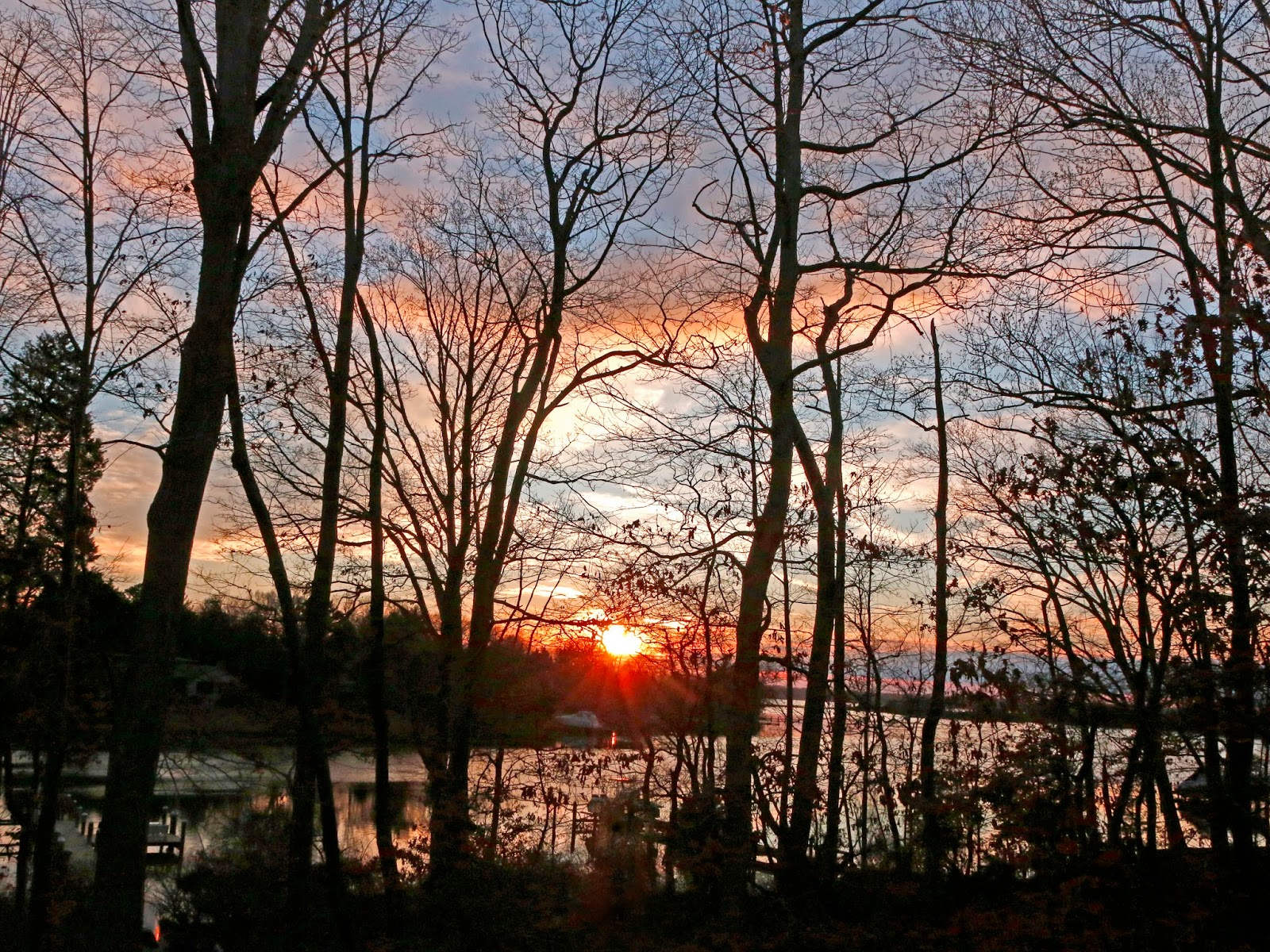 The sun is moving slowly to the right and in a few months will set just over that little open space of water so that I can take photos from down by the dock instead of up on my deck.
Posted by Tabor at 6:15 PM 7 comments:

Same bird, just run through the wash at different spin speeds.  Click on photos for closeups.

Do you have a favorite?  Yes, the pine is fake pine that I leave on the deck for just such shots!
Posted by Tabor at 11:54 AM 13 comments: 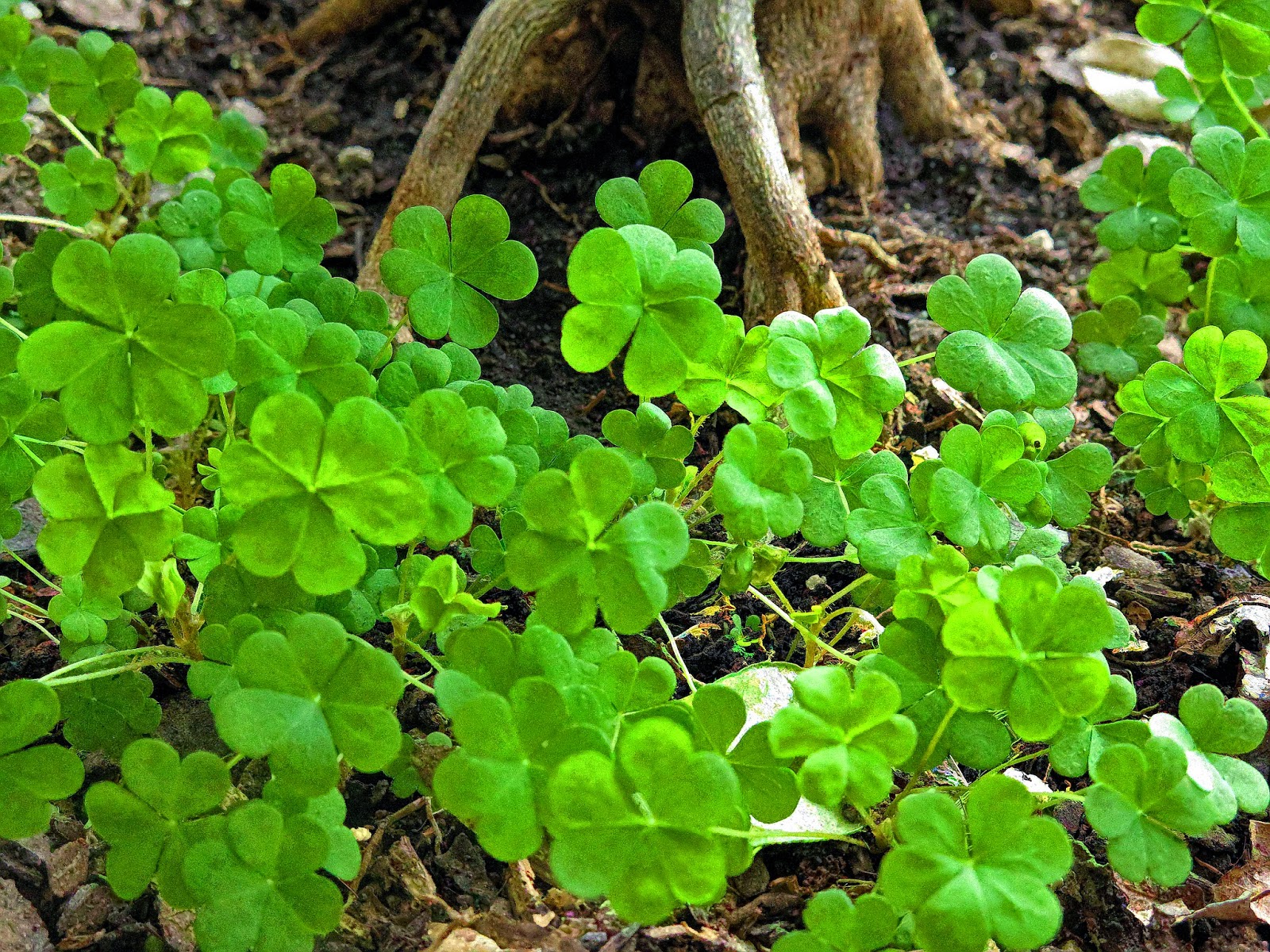 Much like jewels these shoots of clover which grow wildly in my kaffir lime tree pot, like a green bubble carpet below the trunk, really scream a kelly emerald when the morning sun hits them just right. They are growing better than my lime tree!  They fit in with my faddish love of most everything Irish this year.  They are more than a month ahead of St. Patrick's Day and with my travel for some warmer weather before that time, it will be interesting to see if they can survive some neglect.
Posted by Tabor at 1:06 PM 9 comments: 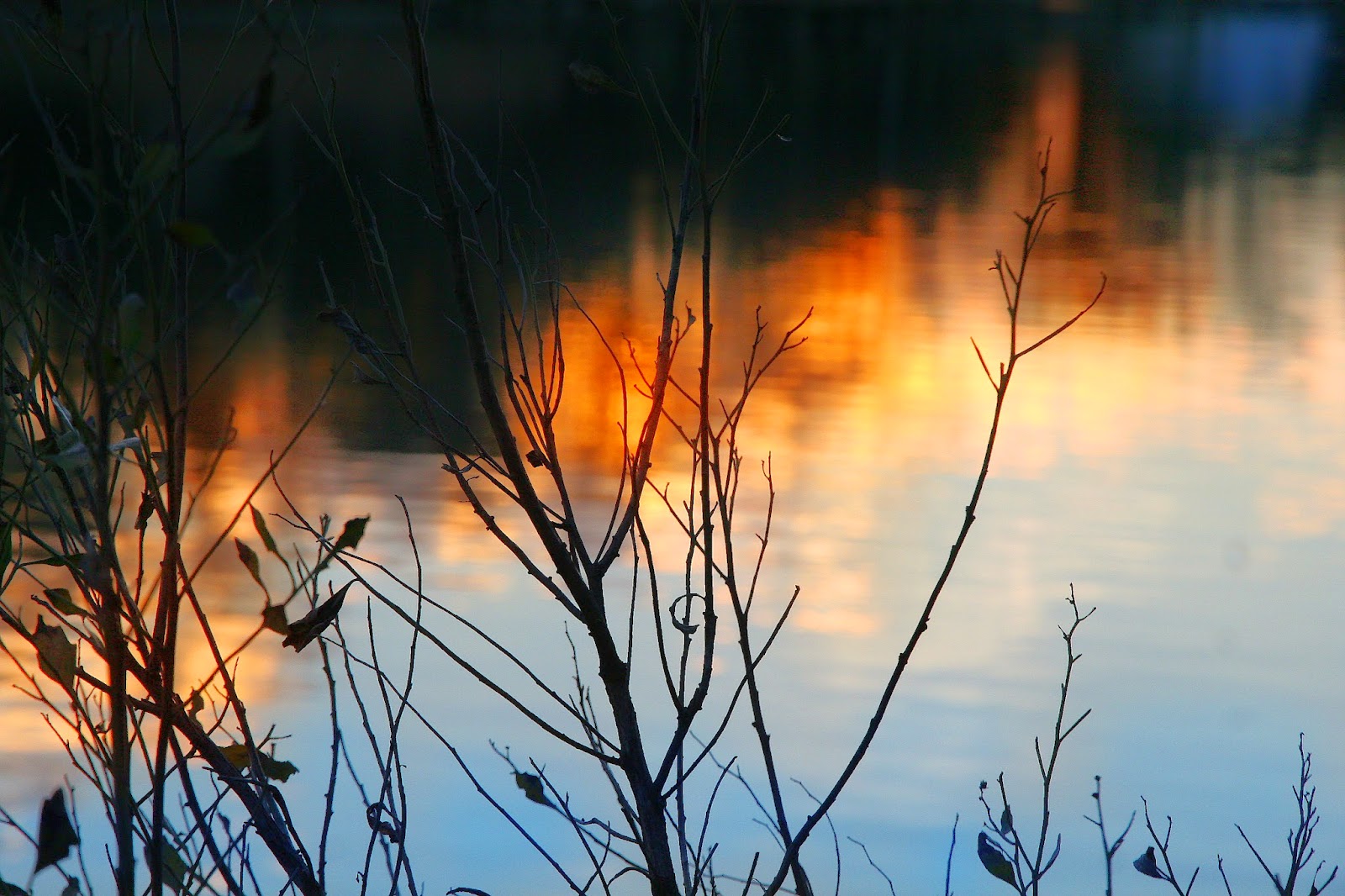 We wait.  We wait so patiently and quietly and assuredly as we have waited so many years before.   We whisper as the earth sleeps turning her northern shoulders away from that distant persuasive sun which teases with such golden warm beauty.  There is a passionate fire burning somewhere over the horizon, just not here where we plunge our cold hands into lint-filled pockets and stomp our feet stiffly but softly on the unyielding earth waiting for time to pass.
Posted by Tabor at 10:37 AM 8 comments: 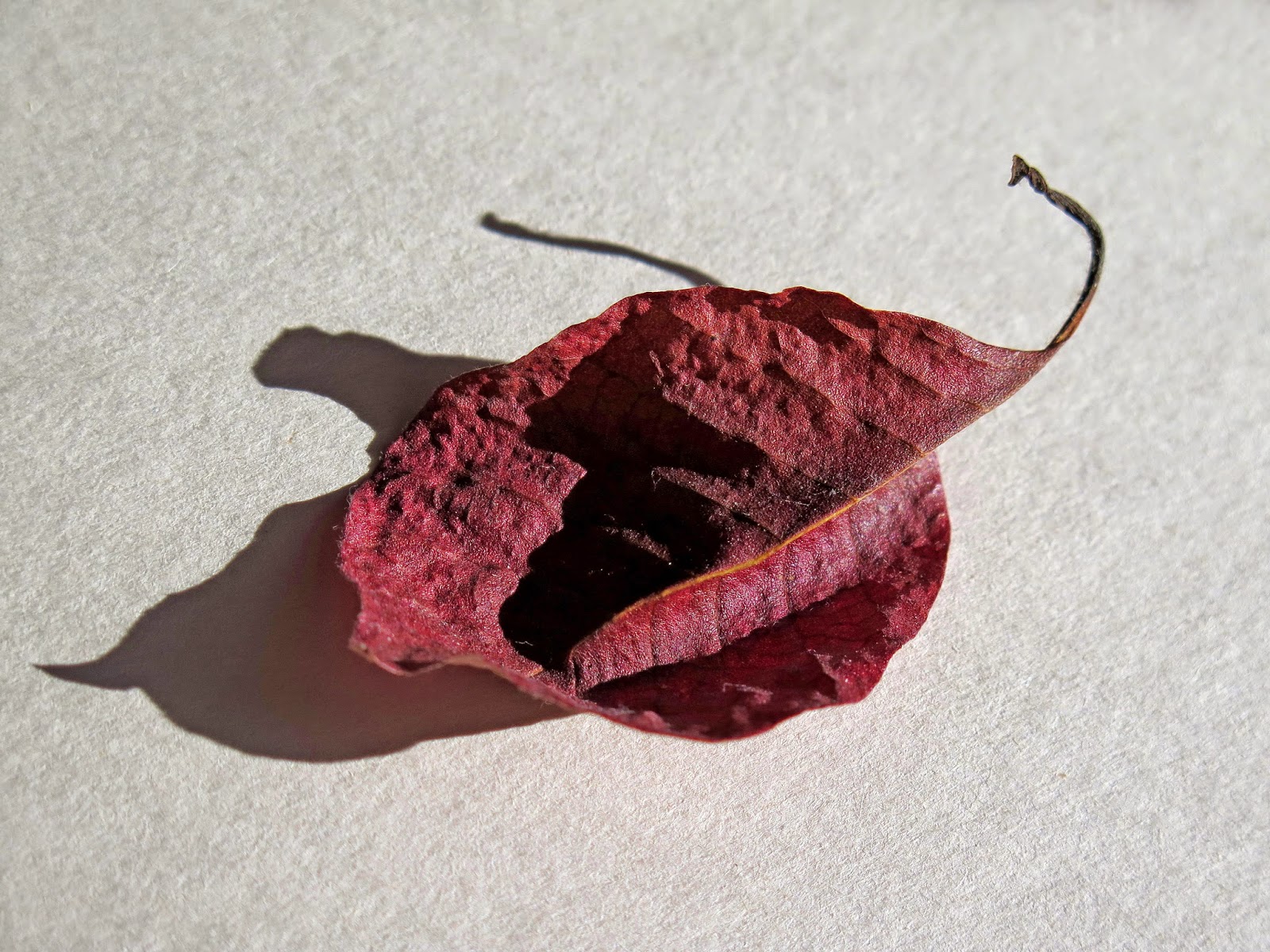 Everyone is deserving, at some time in their life, preferably when the work filled day has ended and a weary peace is settling on their shoulders, the one perfect leaf, a gift from heaven, floating down to their feet and resting still and poised as if waiting to be noticed, to be selected and saved and savored; one still and well-shaped leaf that also is at days end in its chores and is molded as if by clay into a perfect frame of a dance move with crisp swirls and fine-tuned edges and perfect patterns left over from some autumn song.  This leaf above was found a year ago and sits in a jar on a dresser that stands against the wall at the foot of my bed.  This leaf lies patiently waiting for me on certain days to pick it up and twirl it in my fingers as if the dance is not over.
Posted by Tabor at 7:51 AM 15 comments: 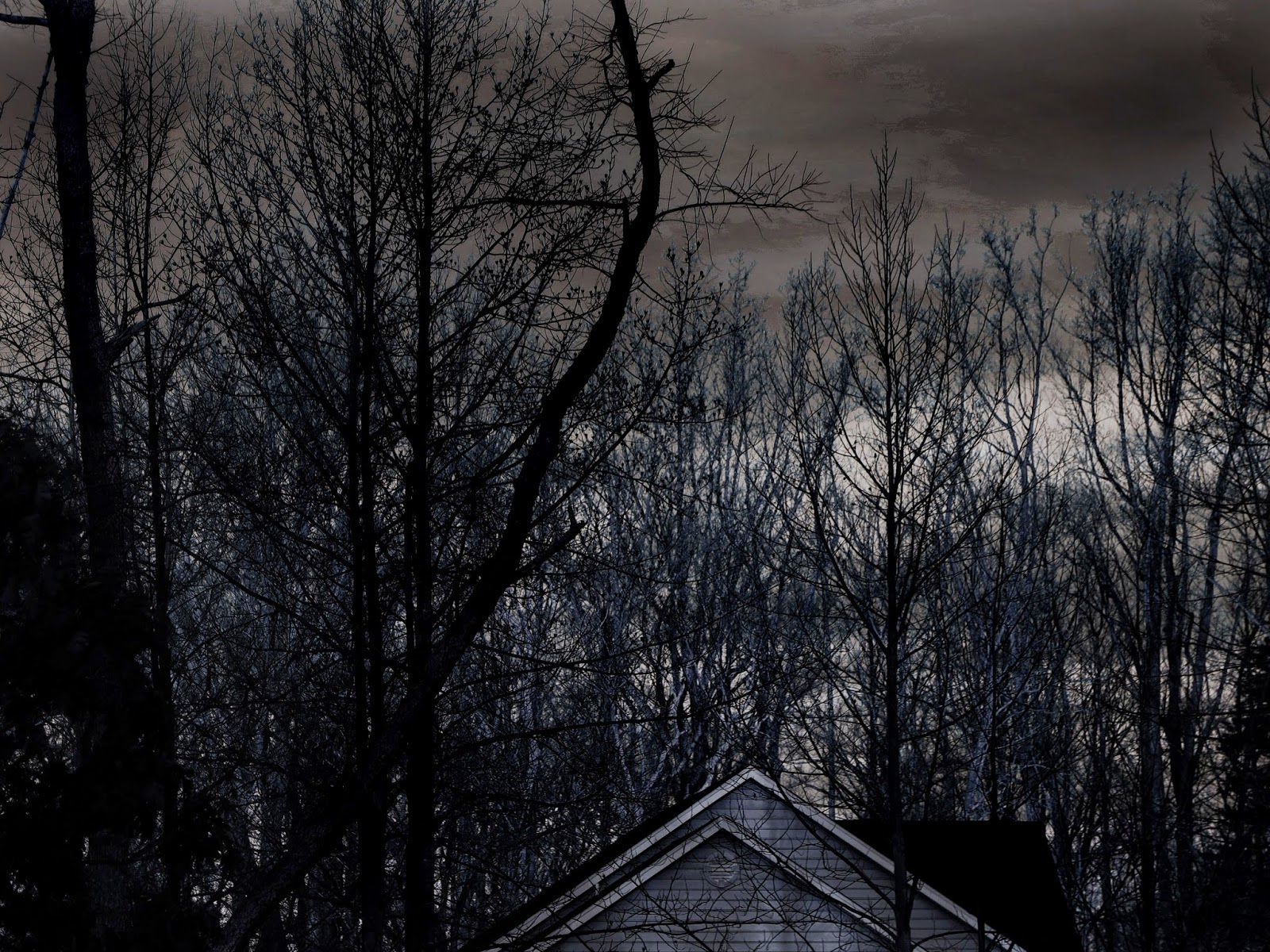 The winter wind is shushing me
too loudly
pursing cold lips
against the flat window pane
and hissing and moaning
like some rude, unloved librarian,
having turned out
all the lights,
having re-shelved
all her dusty books
so that tables are cold-heartedly bare,
having glared with Stygian determination
across the vast echoes of time depleted of hope,
and
drawing a gray bedraggled curtain
partially hiding that steel/still cold moon
as if darkening the winter night
with its pinpoint star...stark darkness
hurling one last angry rattle
to check
that the doors are indeed locked
before throwing her cape across the gust
and pushing the wind
to bang relentlessly at my door.

Average morning temperature this week has been 27 degrees.  The bird bath is heated and we still have one or two of those birds that want to take a polar bear plunge. 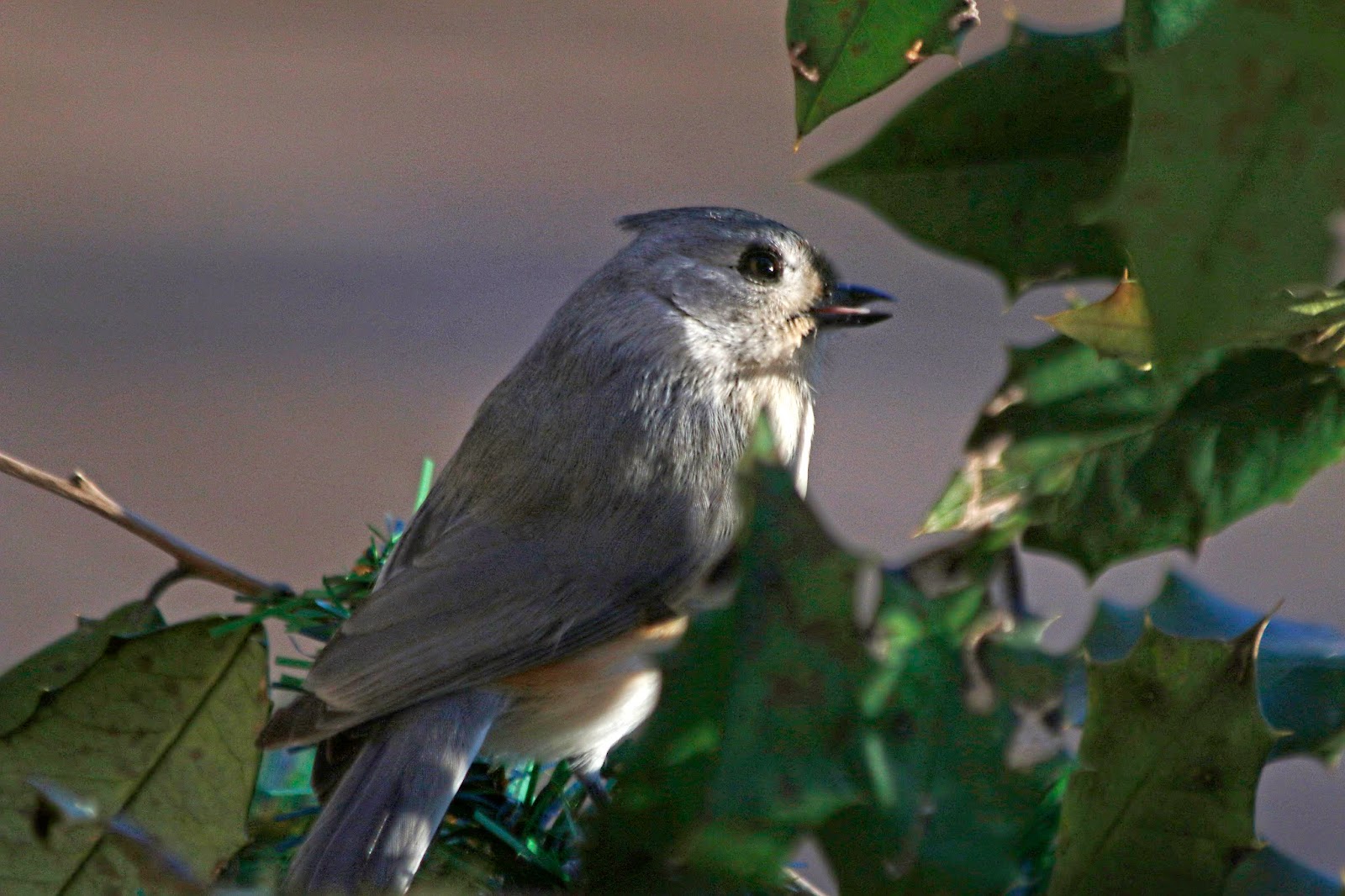 They arrive nice and early as the sun hits the deck outside my bedroom window. 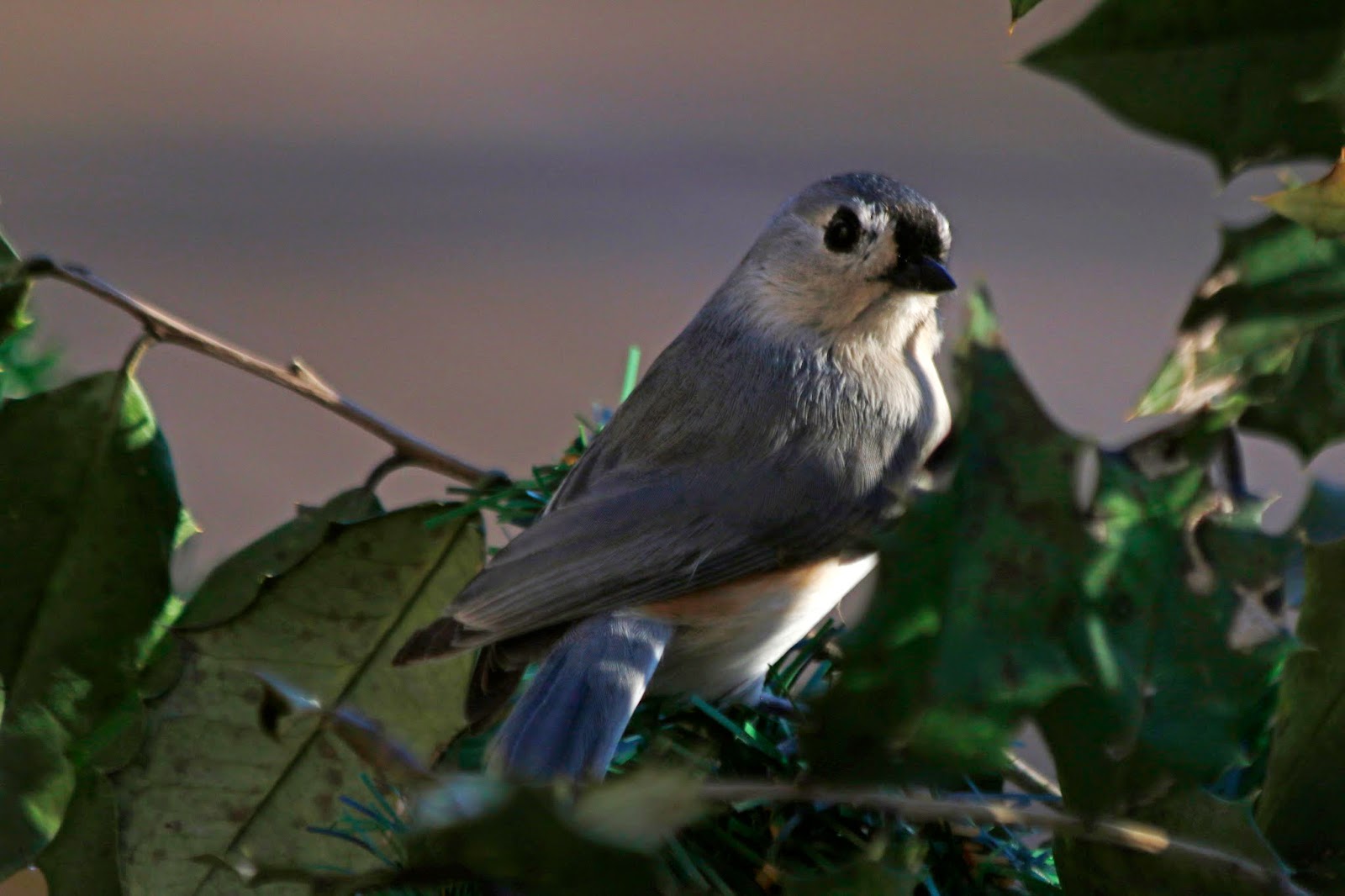 The sun hits the window and they cannot see we are still in bed watching them!  All they see is their handsome reflection.  "Looking good after that workout." 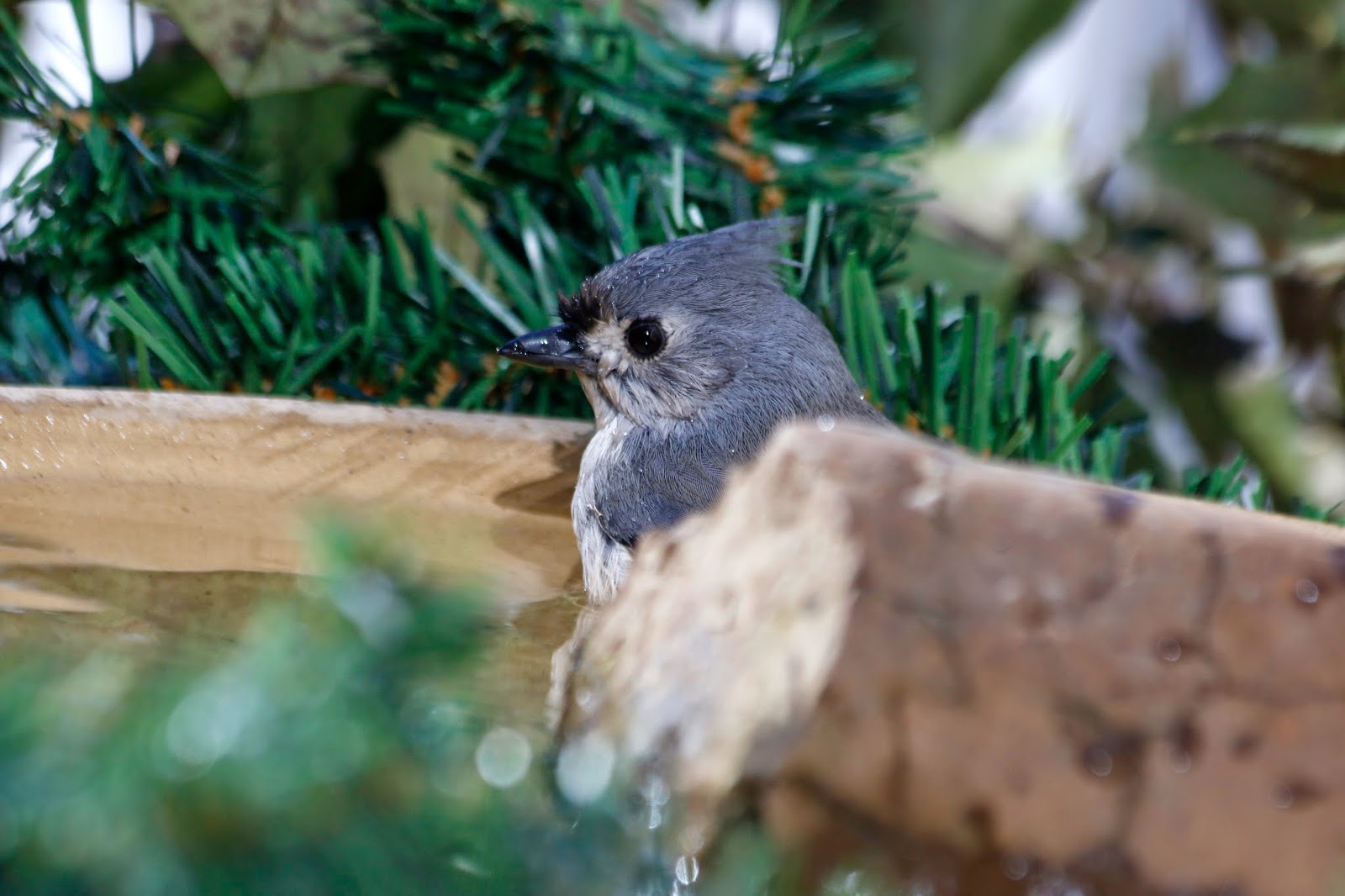 Bravely, this titmouse takes the plunge.  The water is nicely warmer than the air. 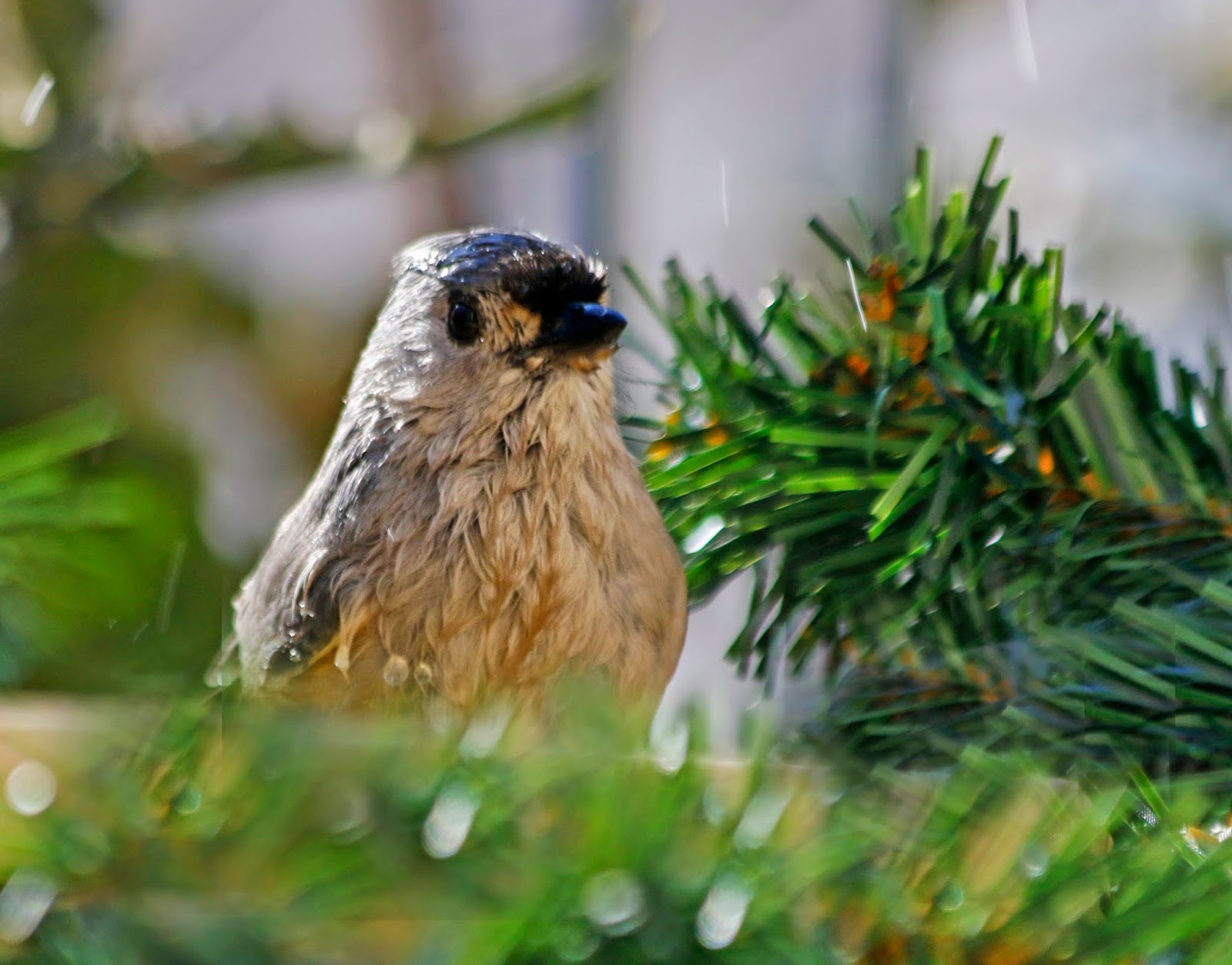 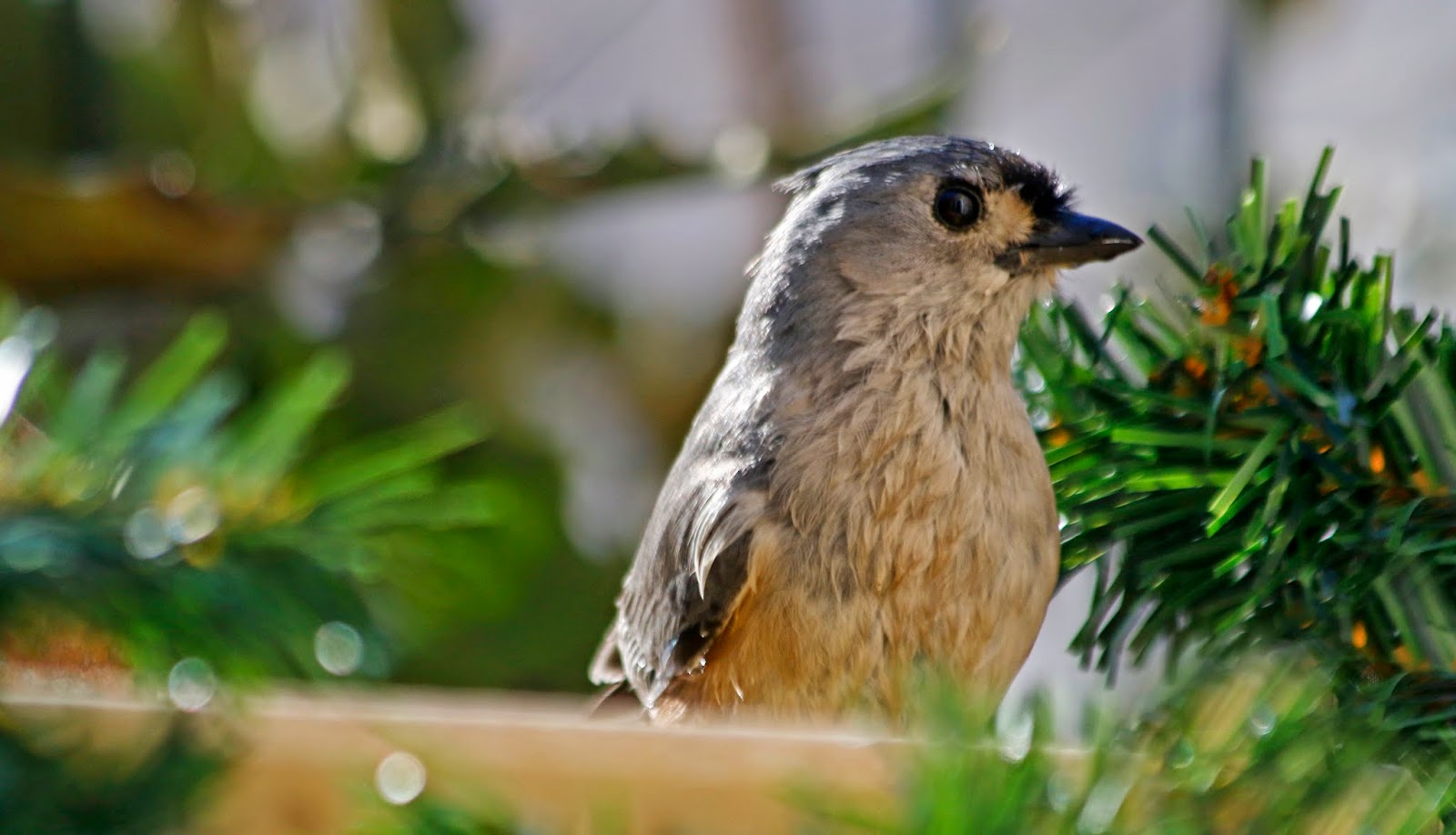 You Can't Stand the Truth

The camera can be deceitful and not portray the whole picture.  While setting the table for dinner I looked out the window which gives me such nice sunsets over the river and saw that we were going to have one of those broad-spectrum palettes from purples to red-orange as the sun disappeared over the edge of the peninsula.  I grabbed my little camera and hurried out onto the deck and took the photo below. 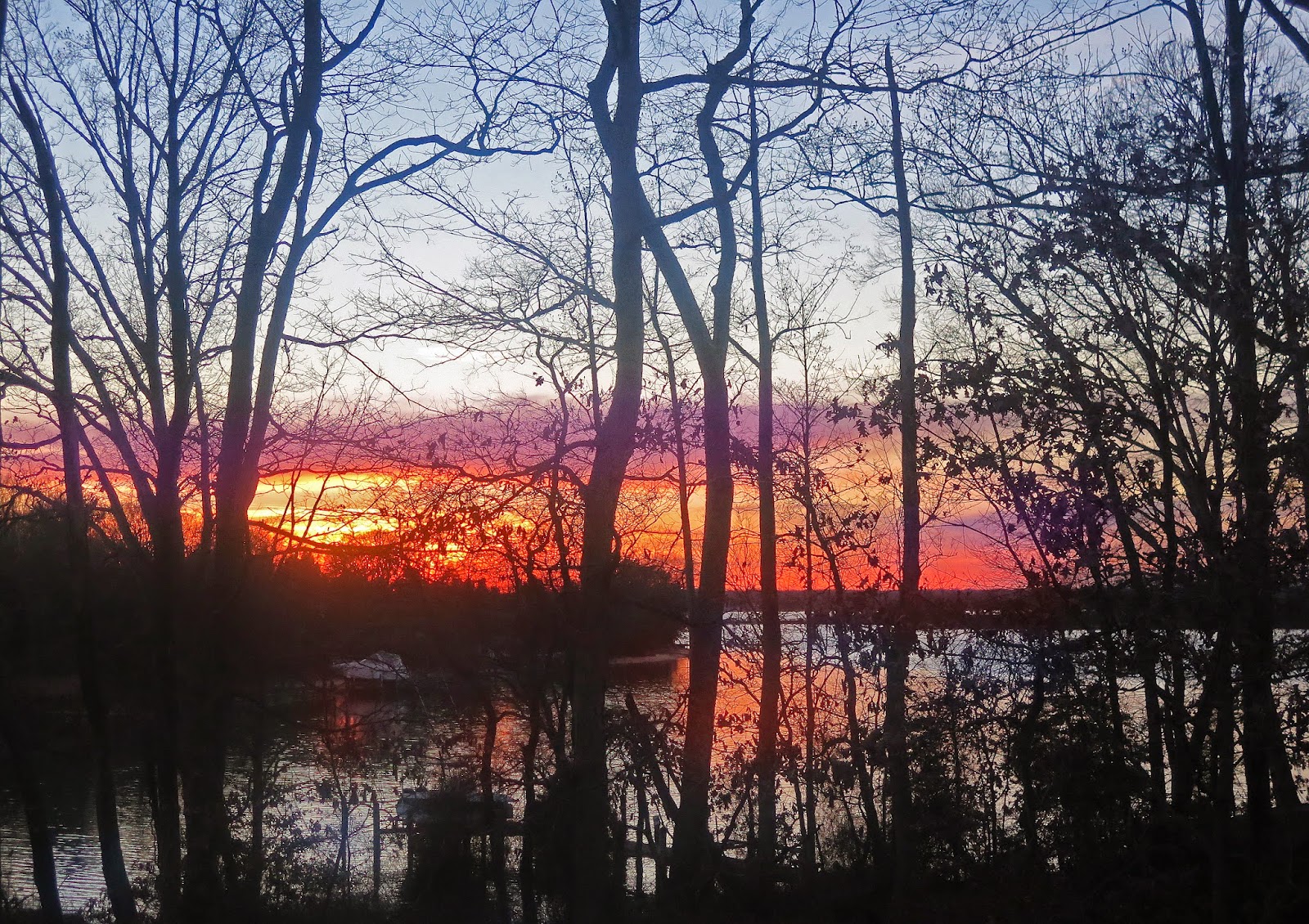 Note the little bit of fog on the lense that shows how quickly the camera reacted to the actual air temperature.  I had been inside all day hiding from the 27 F degree temperatures and finding plenty to keep me busy.  I knew it was cold outside and I had no need to test that knowledge.  To admit that it was a shock standing on my deck in the strong winds that whipped around my thin clothes as I tried to focus on this magnificent sunset would be a well-watered-down statement.  My fingers were almost stiff by the time I returned inside having snapped only three or four quick shots.  But to help you understand what the arctic air truly felt like, I added a gradient filter and created a more realistic photo below to show that this is what winter is on this evening! 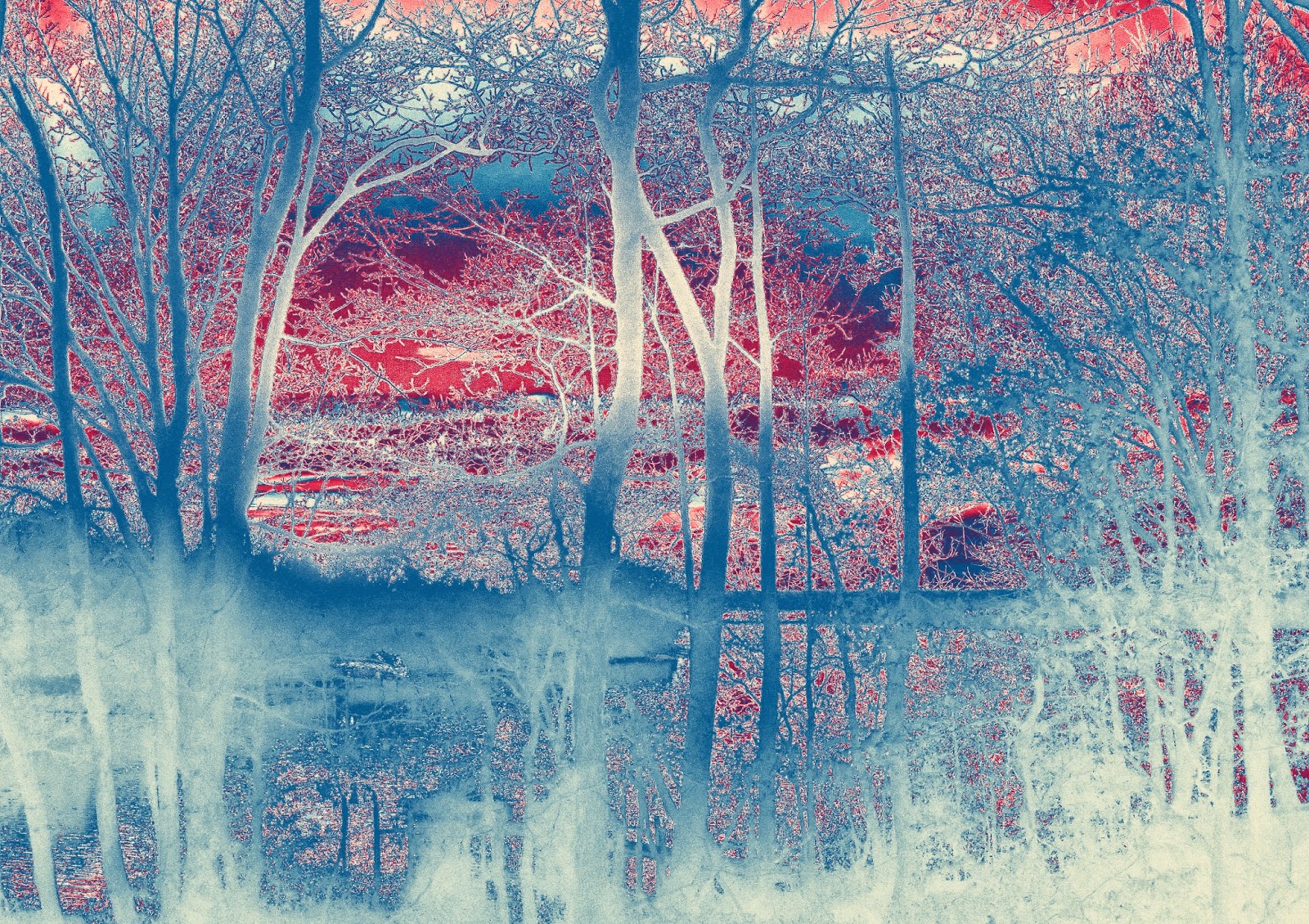 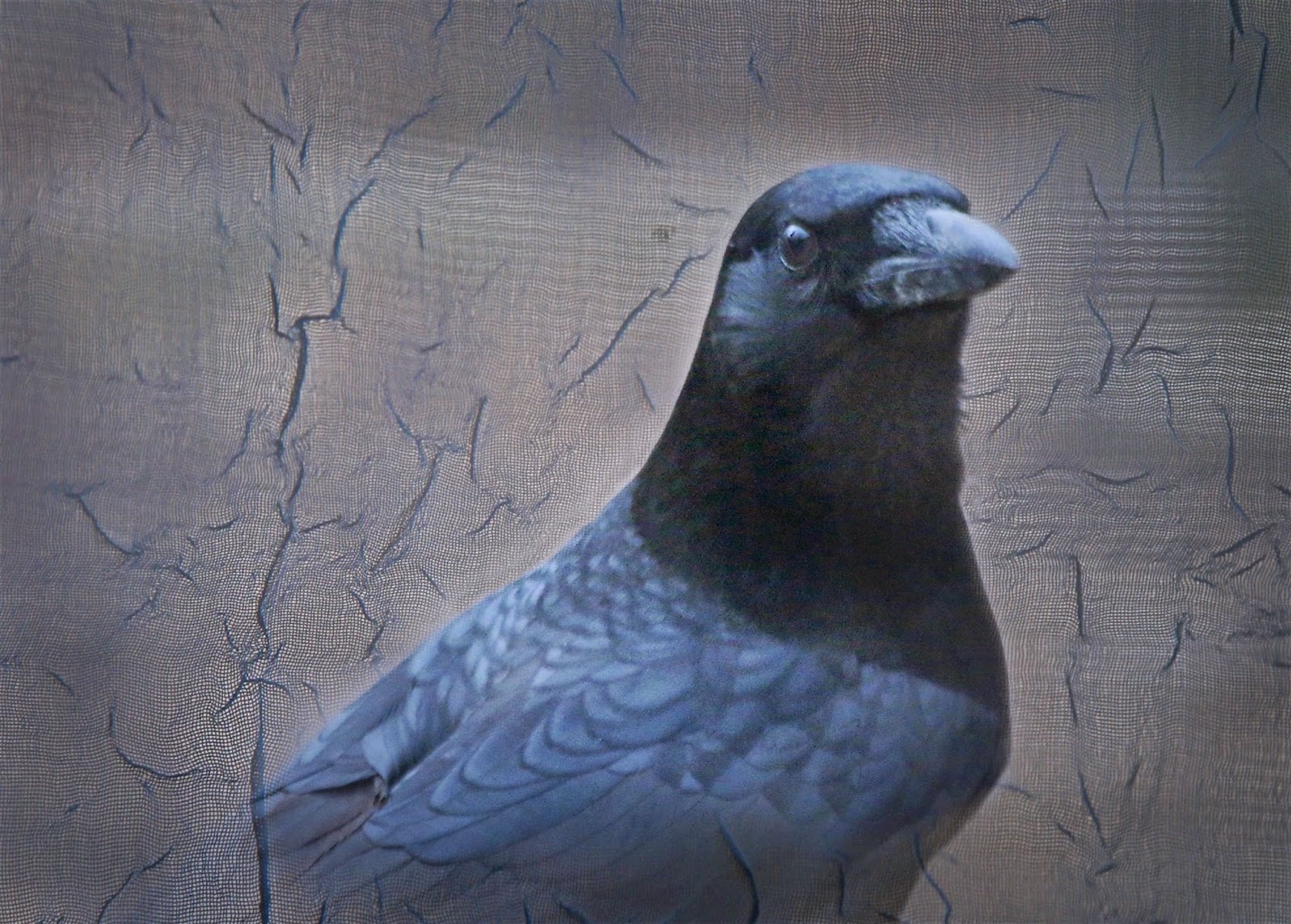 The air smells of snow.

Cold and slate shadows permeate
reaching even golden
grasses and turning them to soft gray.
The scanning eyes can see
a canvas bag with shredded strap
thrown against the base of the oak,
once hidden by leaves of brambled vines
but now abandoned
except for some faint memory,
perhaps,
of summer's busier days.
Abandoned now by all
except opportunistic and curious crows
peering carefully
through the net of the flap.
Posted by Tabor at 12:05 PM 12 comments: 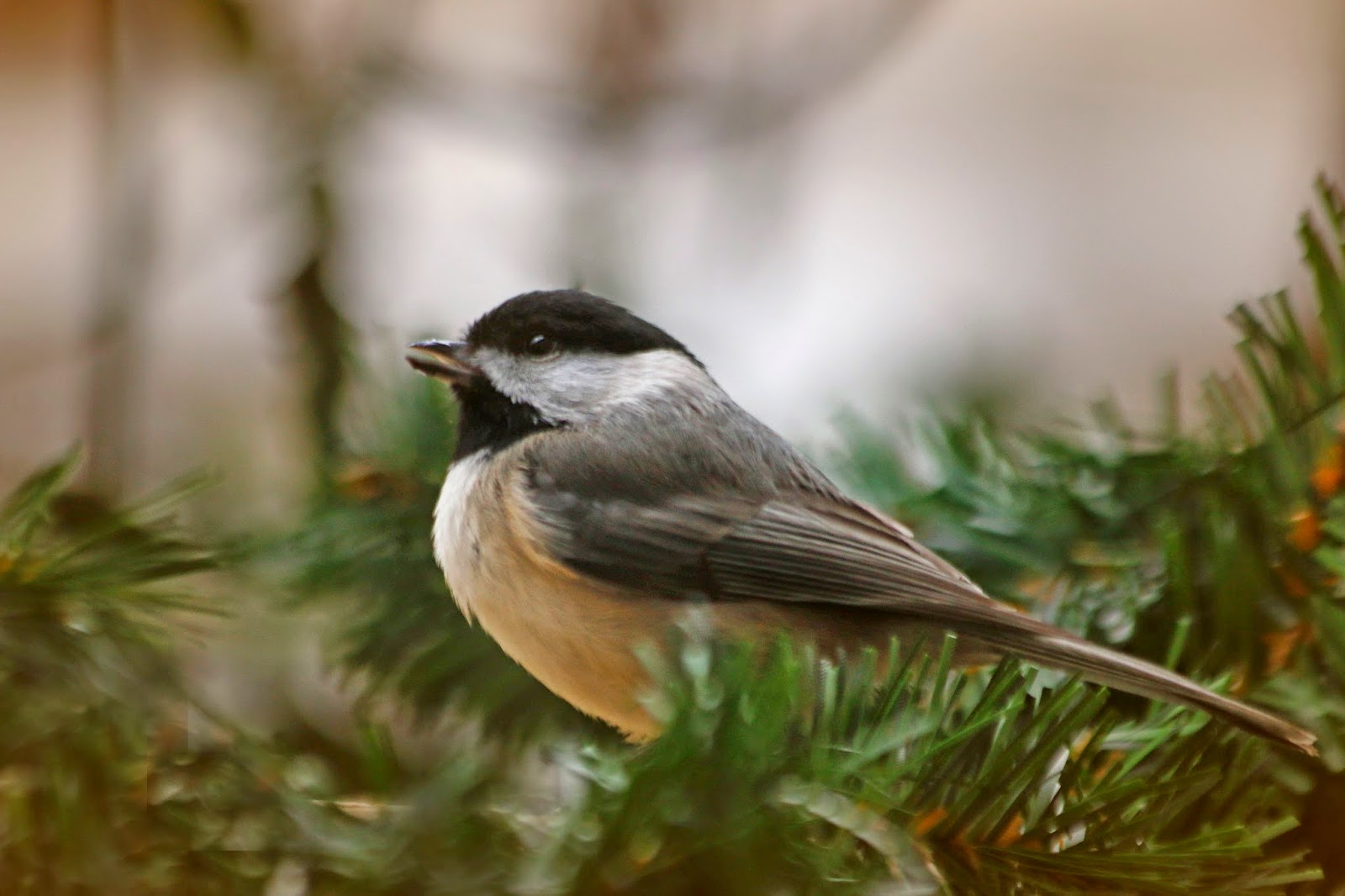 Feisty, is the word that has been used (overused) for this little fellow. If you hear scolding in the woods as you are taking your winter walk, but it is a gentle hissy fit or shushing and not the toothy angry snarling of a squirrel, then it is most likely this bird, dressed like a fancy butler or footman but even more formal in his black cap, dressed like maybe a French poet?  It does look like "he" is wearing an unbuttoned gray waistcoat, does it not?

I have photos of him hanging upside down from branches covered in berries in the early fall and he stays around through the winter to brighten my bird bath and feeders.  Because I live where Black-Capped Chickadees and Carolina Chickadees overlap in range, I am not expert enough to identify the one in the photo above.  I have read that he can be trained to feed from the hand, which if the weather were a little warmer, I would attempt.

One of his songs is labeled as "Hey, Sweetie," in the spring(?).  Other calls can be heard at this link. Sometimes just the smallest brilliance of color can uplift a sad and depressing day. 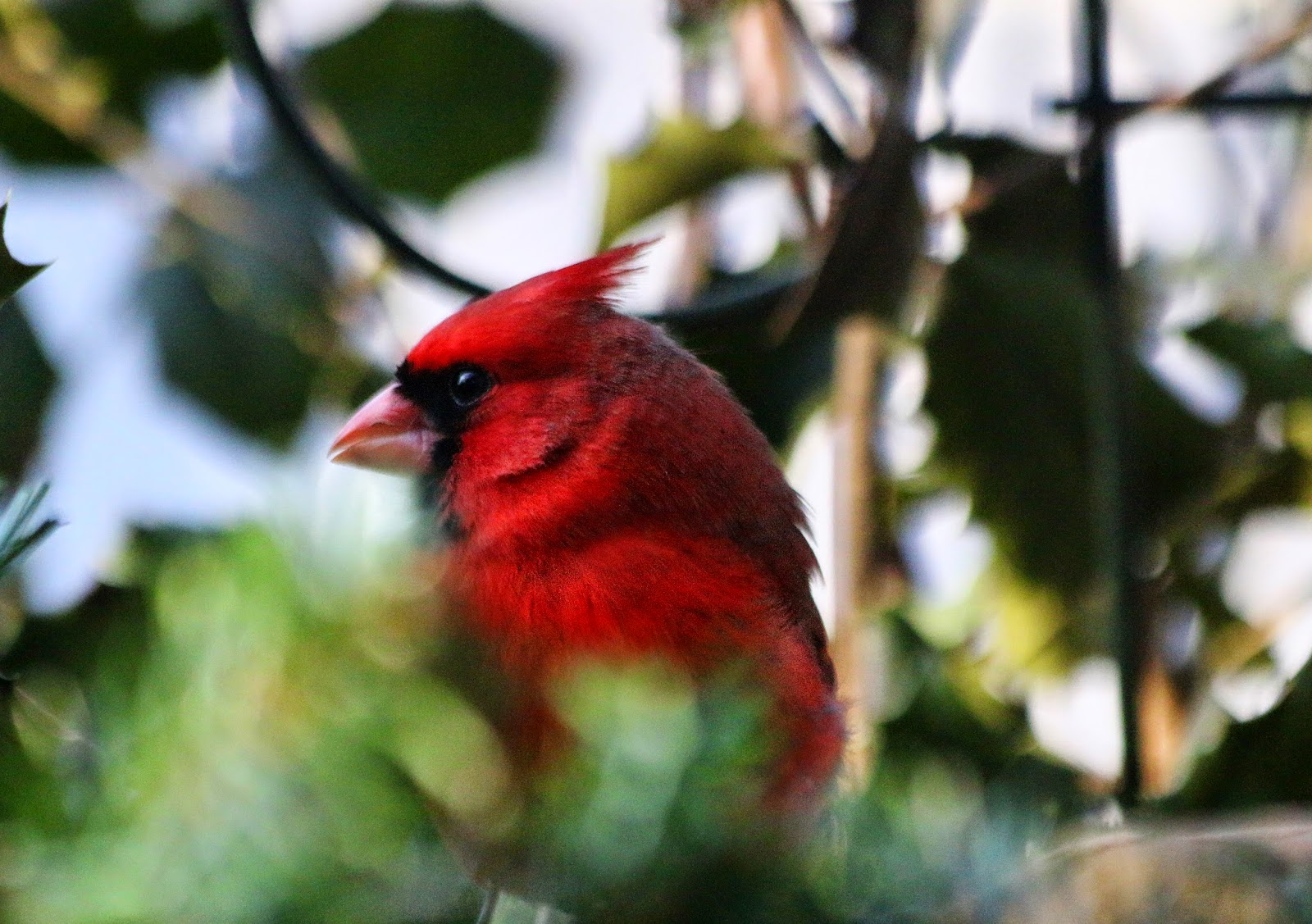 The Scree of a Song

I keep bird feeders in the back yard since I am part of a Cornell University feeder project.  I count birds for a brief time two days a week and enter data on the Cornell site, part of what is called 'citizen science' collecting data from back yards all around the United States.  It is a simple task, and perhaps, will help in the study of migration, disease, population, etc. of those birds that frequent feeders in the U.S.  This feeding of my feathered friends also attracts birds that feed on the birds that come to the feeders.  Early one cold morning I saw the silhouette below of a resident in our woods sitting above the feeders on a broken tree stand.  Patient, regal, and all knowing in his right to be there. 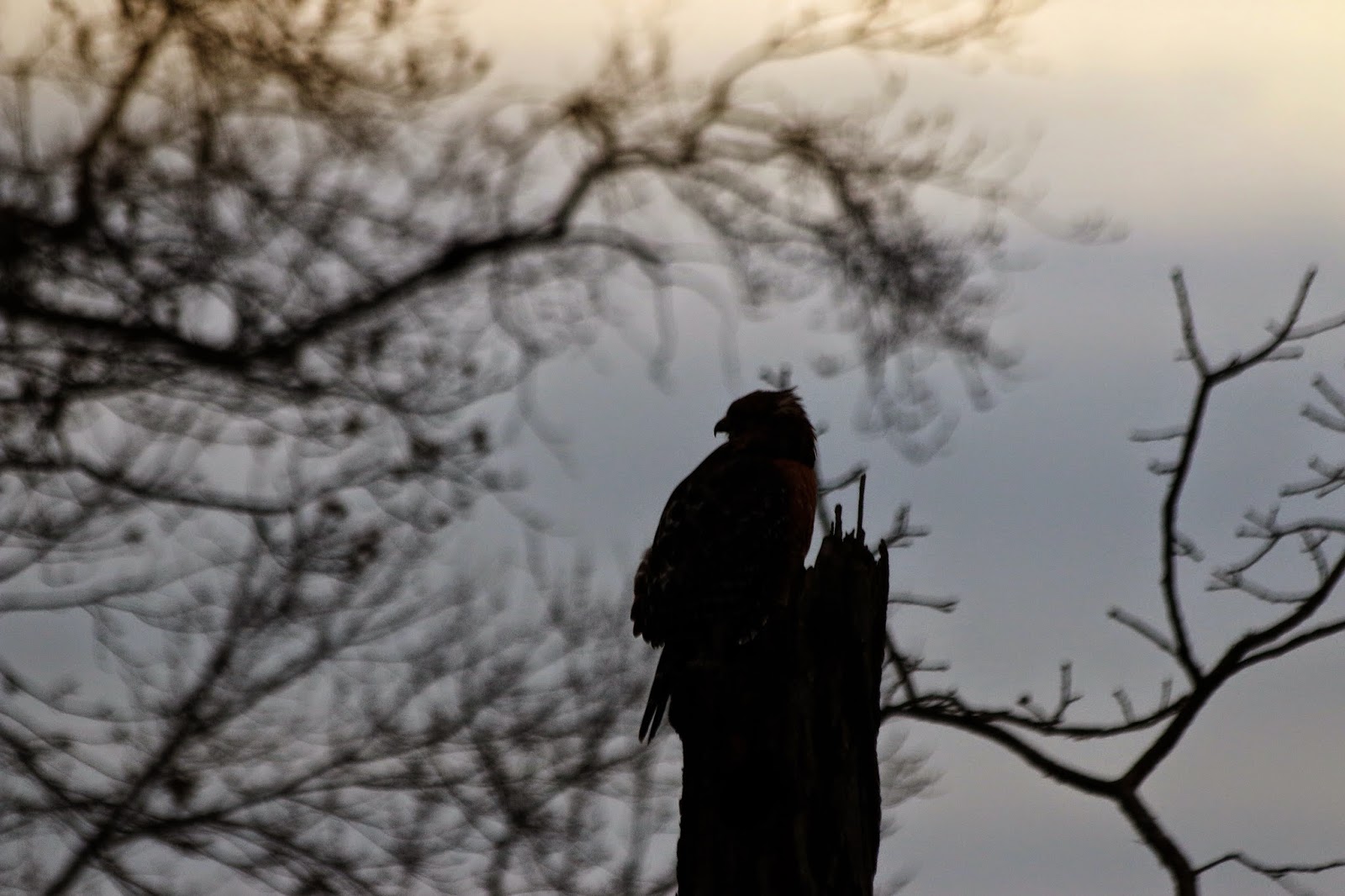 I apologize for the graininess of these photos, some taken through windows and others taken in backlighting or with little natural light.  This hawk is puffed up because it was a cold morning.  A hot breakfast would do him well. 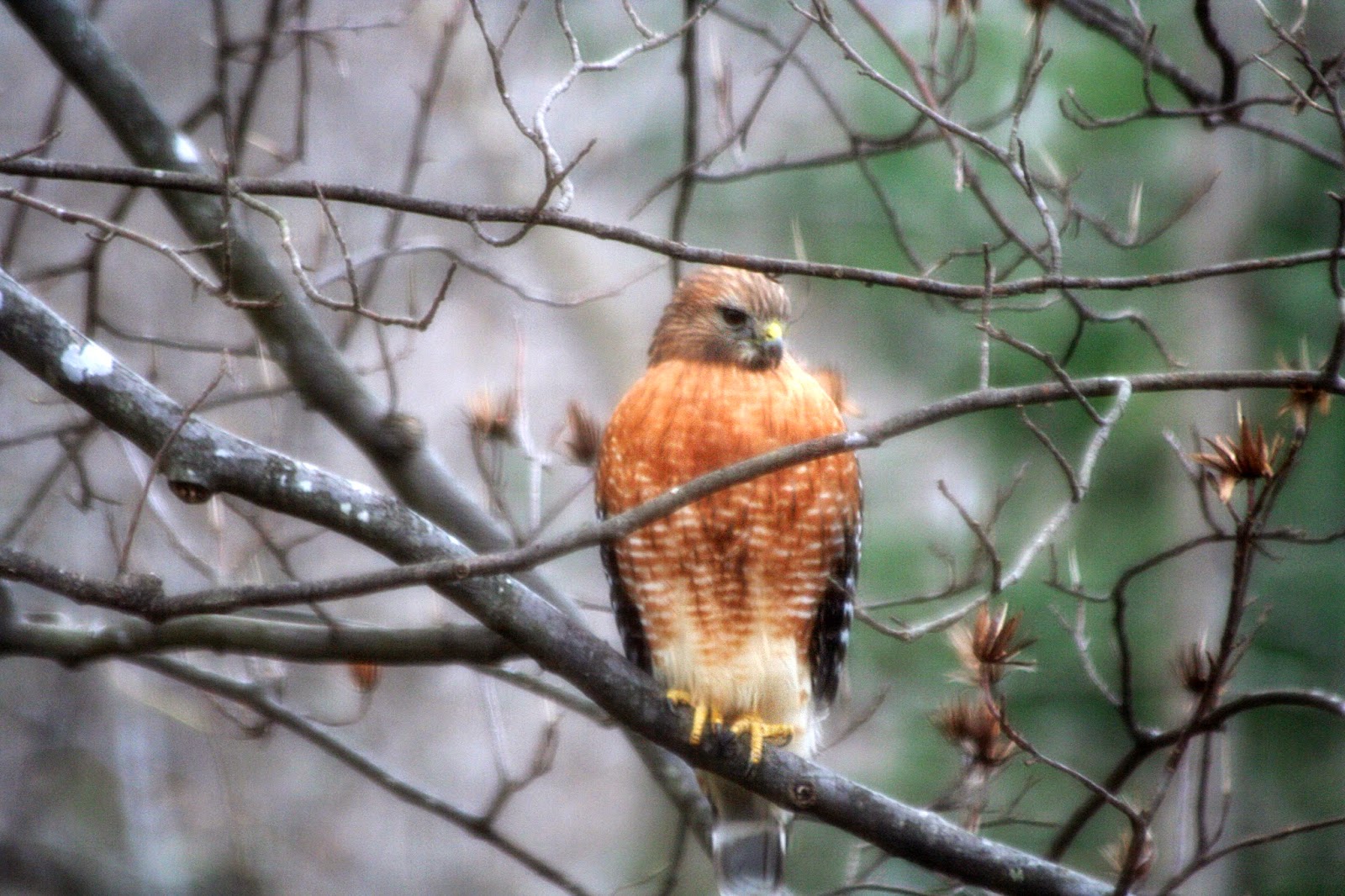 Later as the sun came up he moved to the side of the house and this was taken not only through a window but a screened window as well!  He is a red-shouldered hawk that most often feeds on moles and voles and not little birds.  His diving and turning is not as good as theirs is in flight in the tangled woods.  Perhaps he is listening for the movement of moles and mice that live beneath the feeders under a layer of spilled seed.  He and his partner live in the woods nearby and I have seen them courting in years past. 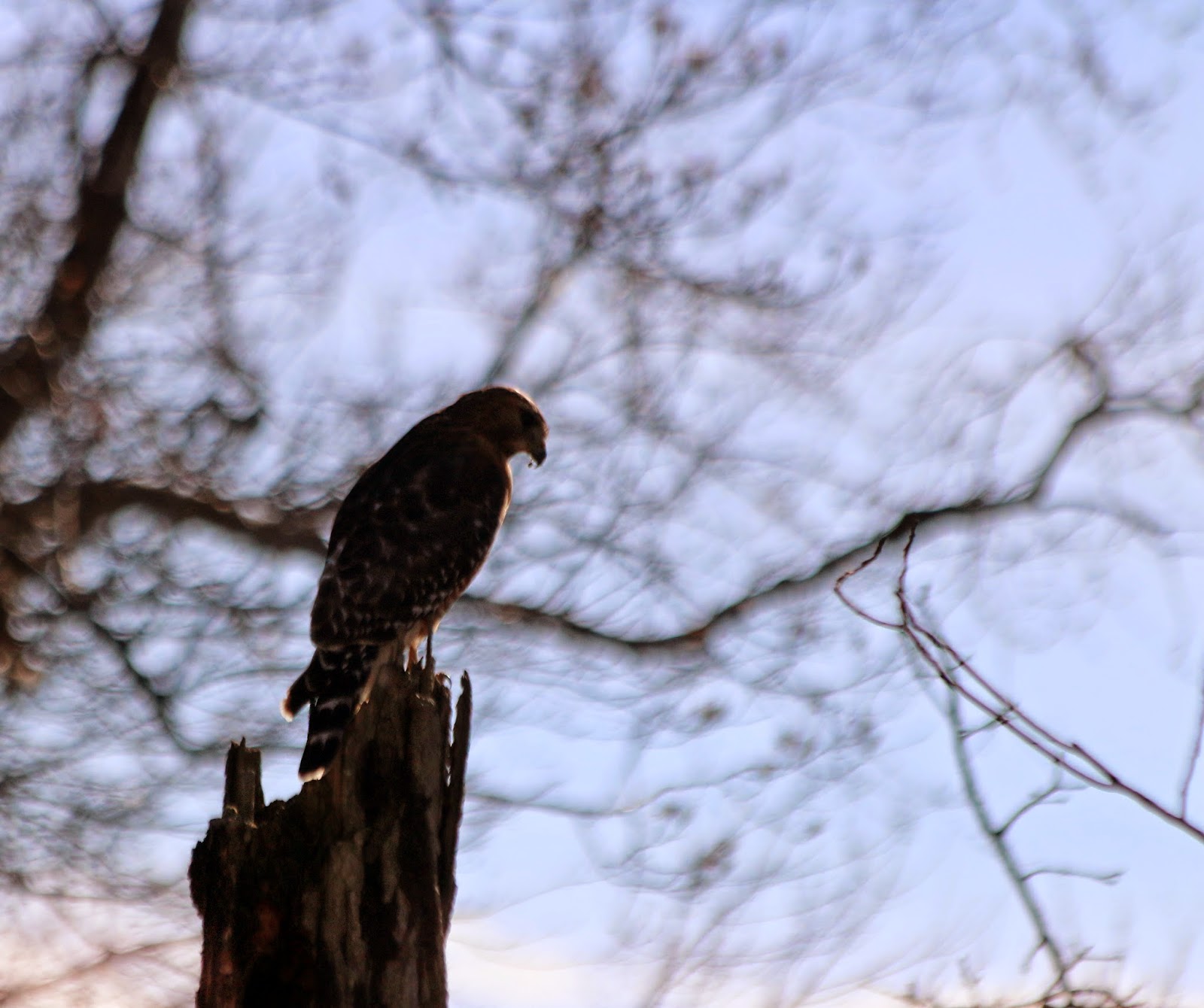 He came back the next morning and as you can see by his slim silhouette he is not as cold and neither was the morning. 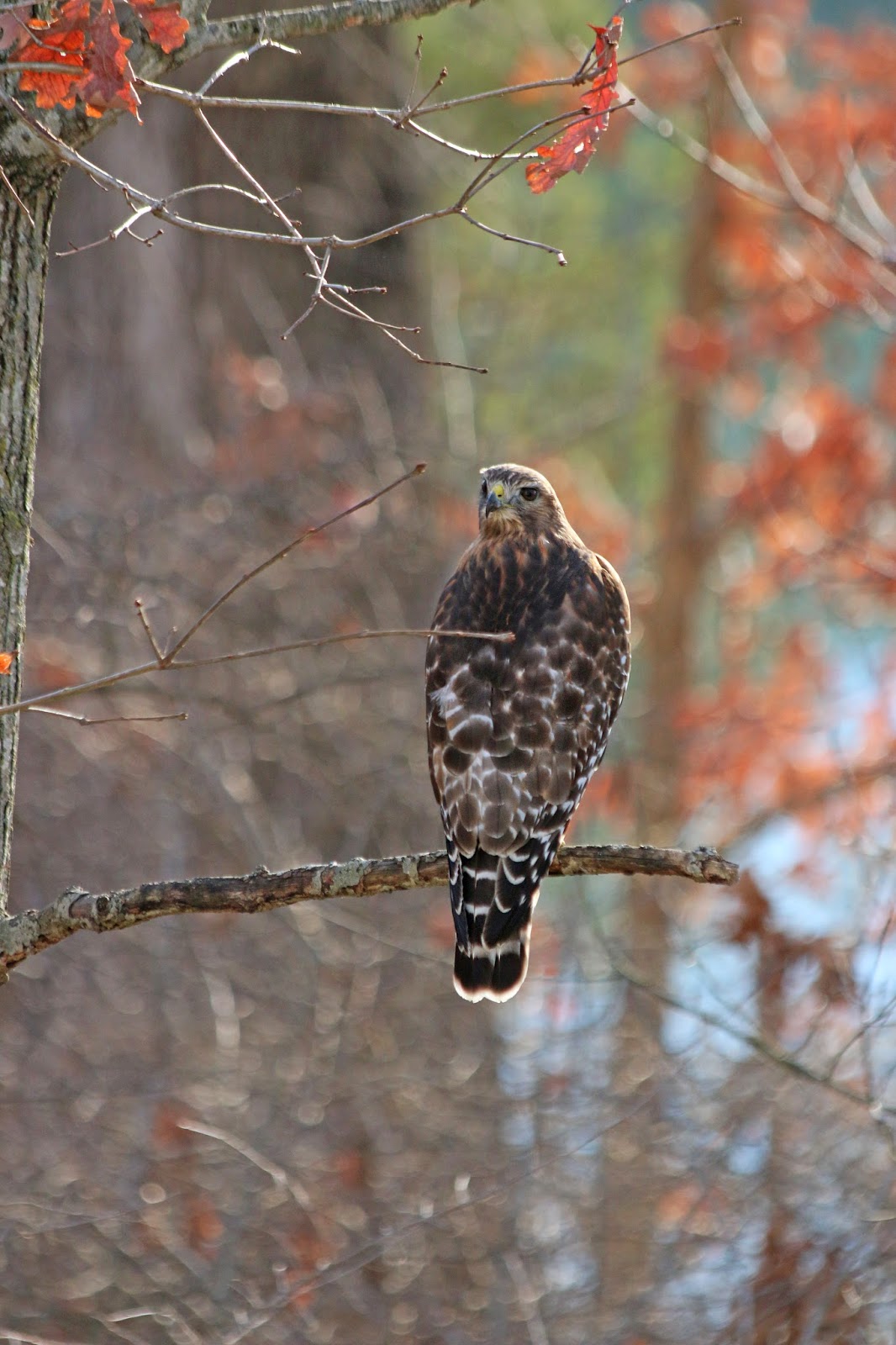 I got a better shot in the late afternoon of the same day.  This is their mating season and I can hear his "scree...scree...scree" high over the trees during the day. I look up and see him sailing like a kite.  He is either flirting with his mate or just joyous because he feels so sexy.  Above he has become a little annoyed at my presence.  I am a distraction to his concentrating. 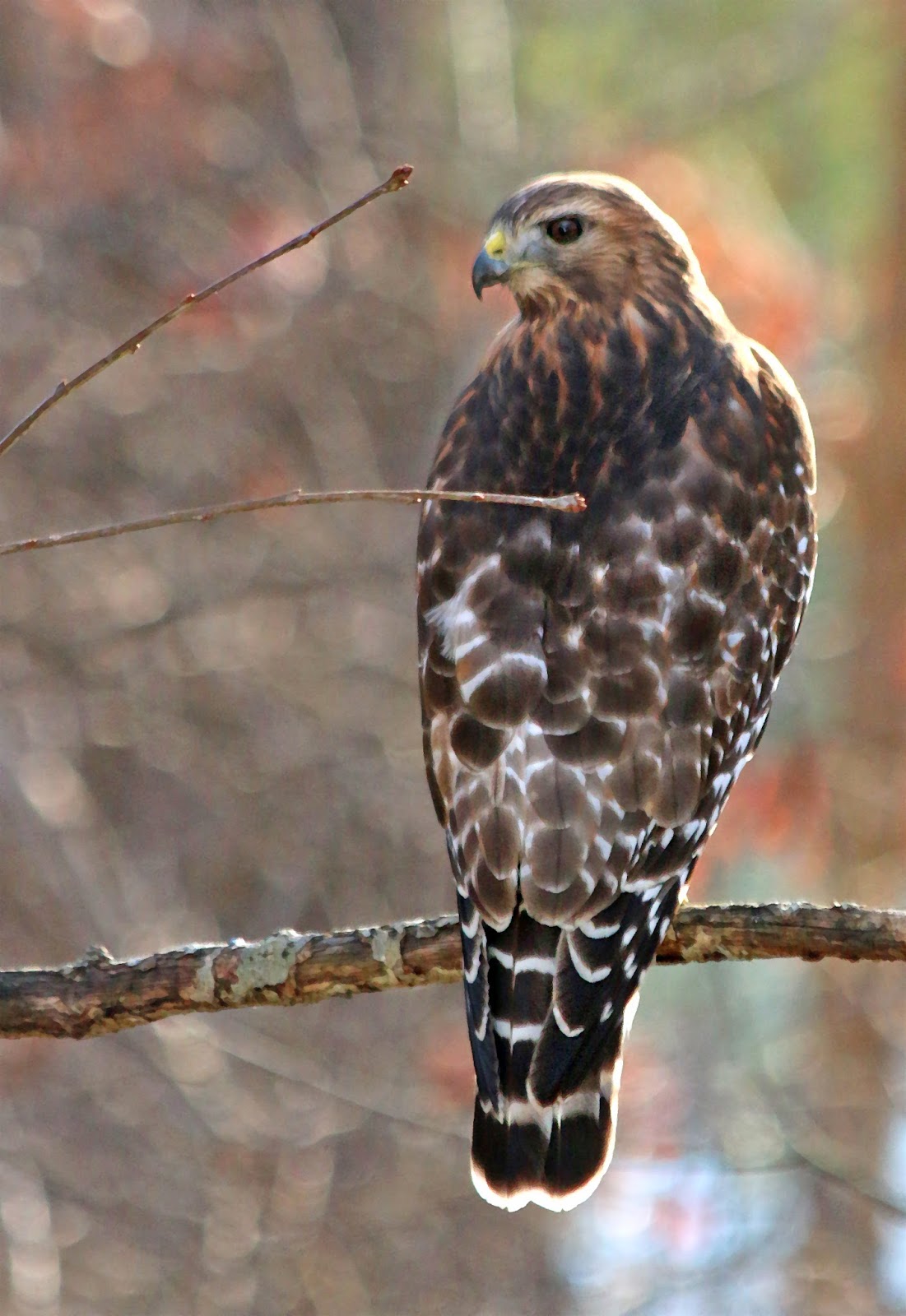 I edited the photo above with a softer, more painterly, effect to pretend that I was able to get closer.
Posted by Tabor at 7:45 AM 10 comments: