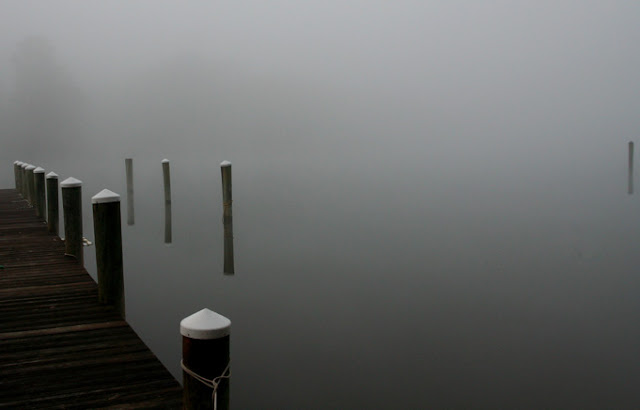 If you have never been in a canoe or are not a type to head outdoors in an early morning fog, come let me share my recent morning with you as you sit safely in your easy chair at home under the warm glow of the computer screen.  If, alternately, you love something like this, I am thrilled to share with you my most recent outdoor adventure in photos.

There is nothing quite like that effortless feel as a canoe floats away from its tether at the dock and your first paddle stroke breaks the smooth glassy surface of the silver water picking up speed.  (A description on the intricacies of getting in and out  of a floating canoe with an injury is for my other blog.)   The fog had settled on the river over the night and a very gentle breeze was just beginning to push it away in soft misty drifts.  The sun was hidden behind heavy moisture, but soon would burn its way warmly over head. 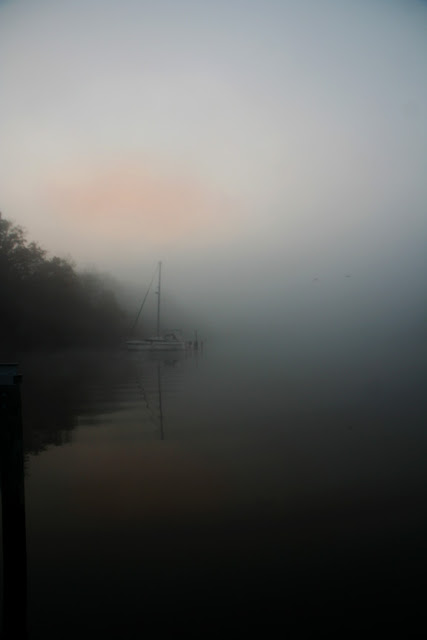 I felt as if we had been surrounded by a soft white comforter and we were trying to find our way across toward the open light.  It was not quiet as bird song did begin to pierce the cover of moisture letting us know they were awake and also thinking about the start of the day.  The air was cool but layered clothing kept us comfortable.  The fog re-painted the river and we saw everything with new eyes as we carefully set direction.  Large shadows melted into trees along the shoreline and sharp items became boats at dock. 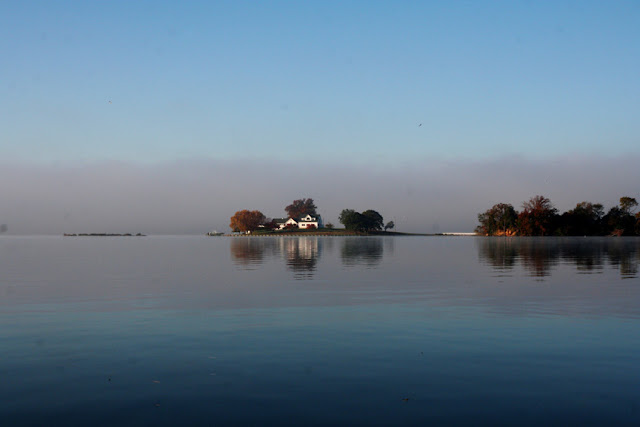 By the time we reached the open area into the river, the fog was beginning to pull away and formed a wall against the bank on the far side.  It looked so gray against the blue sky.  Fog was drifting without wind as you can see from the mirror of the water's surface; there was just a slight breeze.  It is mid-fall and few boats were visibly moving at this finger of the river. 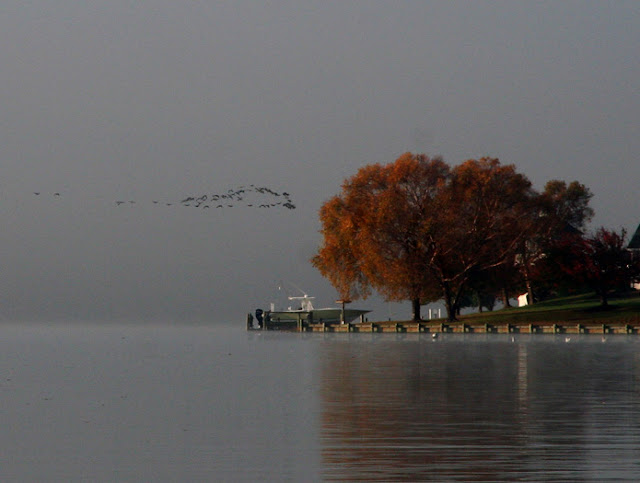 Our tourist geese were beginning their shopping trip to the nearby corn fields and were magnificent in flight if not quiet as they flew off the water just ahead of us. 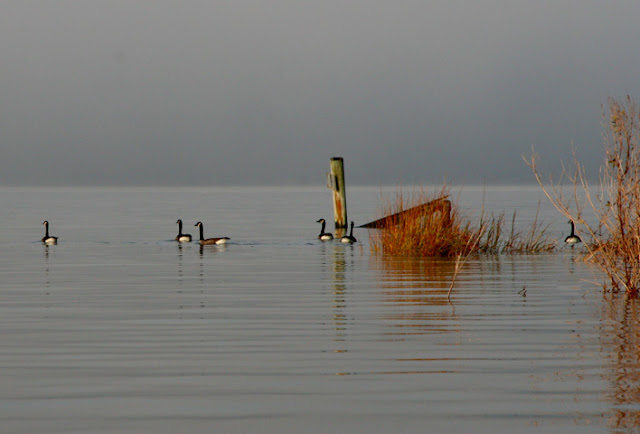 These few stragglers were certainly surprised at our quiet appearance as we passed the corner of this marshy island.  It did not take them long to paddle quickly until they got speed and also took flight. 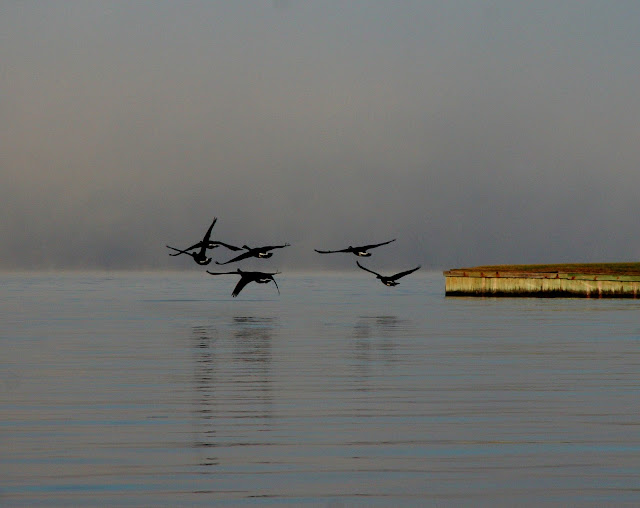 The fog cleared just as we entered the wider part of the river where motor boats could have been a challenge.  We saw some lovely fall colors, sea gulls diving for fish, bald eagles, marsh wrens and sun.  But that will have to wait for another post.
Posted by Tabor at 1:33 PM