My husband was out working in the yard when he saw something and came to the door to call me outside.  He said he saw a bird fight.  Bird fight?  I was thinking maybe hawk vs osprey or osprey vs eagle.  But no...this was bluebird vs bluebird. 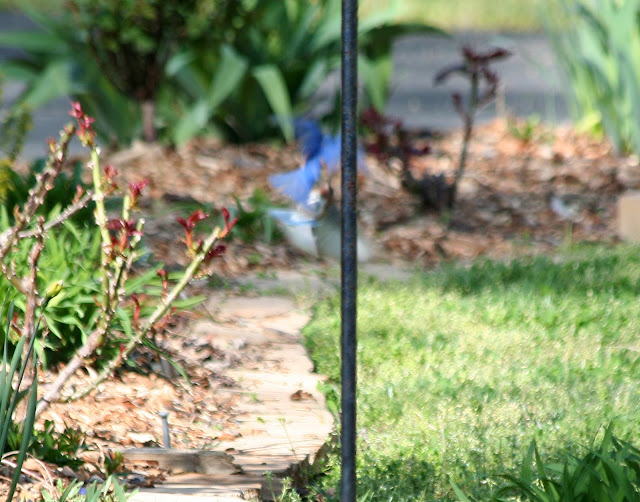 Not the best photo of them behind a bird house pole, I know.  I had the telephoto on and it was hard to focus rapidly.  They were really going at it beak and claw.  They were fighting over our fancy new bird house.  Little did we know we would be the cause of such behavior.  They were fluttering and fighting and I could not even take time to check camera settings. 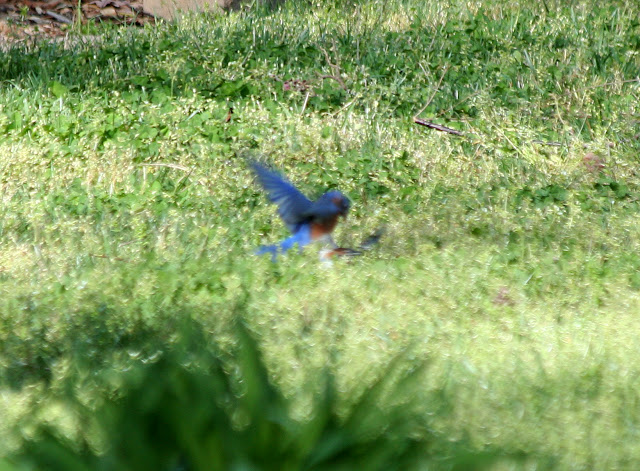 In the photo above one male has the other pinned to the lawn.  He was not holding back one bit and calling angrily.  For a while I feared we would have a dead bird at the end of this.  But finally the bird underneath caught wing and was chased out of the yard and right passed me by the one on top...within a foot of my chest at they headed up and over the house.  During this time there were two female blue birds flying above and cheering their mates on. 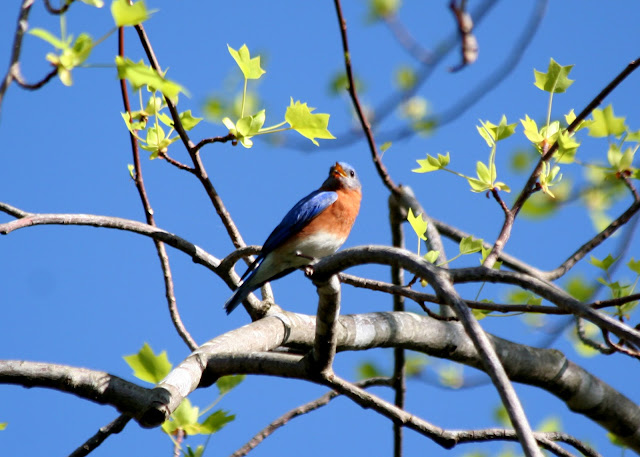 Then the victor returned in all his glory to sing his territorial victory song in the tulip tree. 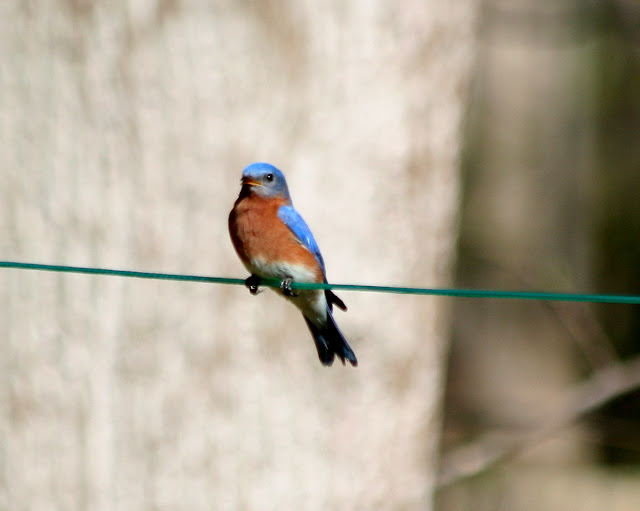 He was owner of all he surveys.  Guess there will be baby blue birds in the weeks to come.
Posted by Tabor at 11:47 AM