(This was written before Sandy and scheduled in the event I lost power.)

I was throwing things into my purse and getting ready to head out and vote early in our presidential election a week ago.  I knew with the coming Frankenstorm, as the National Weather Service labeled the collision of a hurricane, a cold front and a southern rain front, that on this day the lines would be long as they were every where for everything from getting money, to food, to gasoline to stocking up on that essential booze.   Americans thankfully were also willing to stand in long lines to vote early. (I was in line for an hour and a quarter before I reached the voting booth.)  Prior to heading out, I glanced out my dining room window and saw a goat grazing at the edge of the lawn. What on earth? 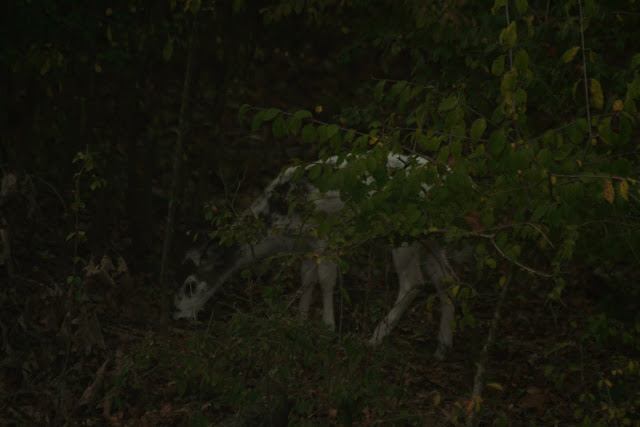 It was still dark in the early fall morning and my old eyes convinced me that this might also be an escaped exotic animal of some sort.  There is a llama farm a few miles away.   I watched as it wandered from one side of the oak tree to the other before it emerged unafraid into the clearing. 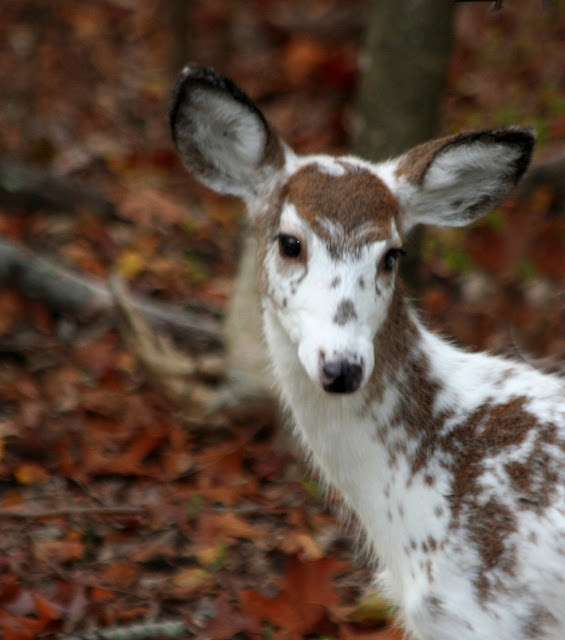 Yes this is a little blurred as it was taken through a double paned window.  I did not want to get out on the deck and scare it until I had been able to watch it for a while.  Most of you now know what this is,  a pie-bald deer.  They are rare, but not as rare as an albino deer.  They are usually born from large herds and also born with various genetic defects that will give them greater challenges to survive.  They are not shunned by the herd because unlike humans, outside color does not matter to this species. 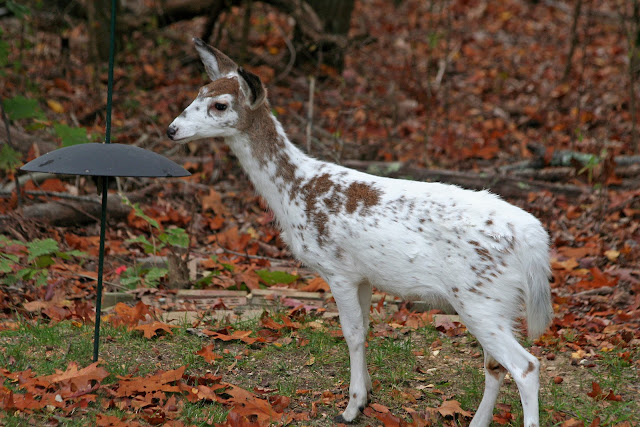 Her legs seem short to me in relation to the rest of the body.  Her hearing was excellent as when I went on the deck to get this shot she heard the click of the camera and looked around.  BUT she did not see me if I was totally still, so her eyesight must also have some defects.  She still is the most interesting symbol I saw on the day of early voting representing to me how varied our voters are!
Posted by Tabor at 3:13 PM