I was walking out to the bluebird house to drop some dried meal worms on their doorstep as a house warming gift.  While they are not crazy about dried meal worms at this time of year, they will eat a few.  They had nested here last year and except for one crazy event with a black rat snake that we had to haul away, they were able to bring up two new bluebirds.  I had not seen them going in and out, but I did see some grasses sticking out of the side of the door and since we had carefully cleaned all the nesting boxes, I was sure they had returned.  (Then again, bluebirds are notoriously ingenious and this could just be a fake nest.  They have managed to chase off the chickadees from building in other nearby houses!)

When I turned back I saw out of the corner of my eye a fairly large shadow of a bumblebee, but it made no sound.  Wow, I thought, he was really moving, faster than any I had seen this spring!  I turned and tried to catch him with my eye again and then this is what I saw below.  I took several shots, but Mr. Speedfast below was hard to catch in the colder morning air.  This is the FIRST of the season.  I am thinking about putting up another feeder nearby. 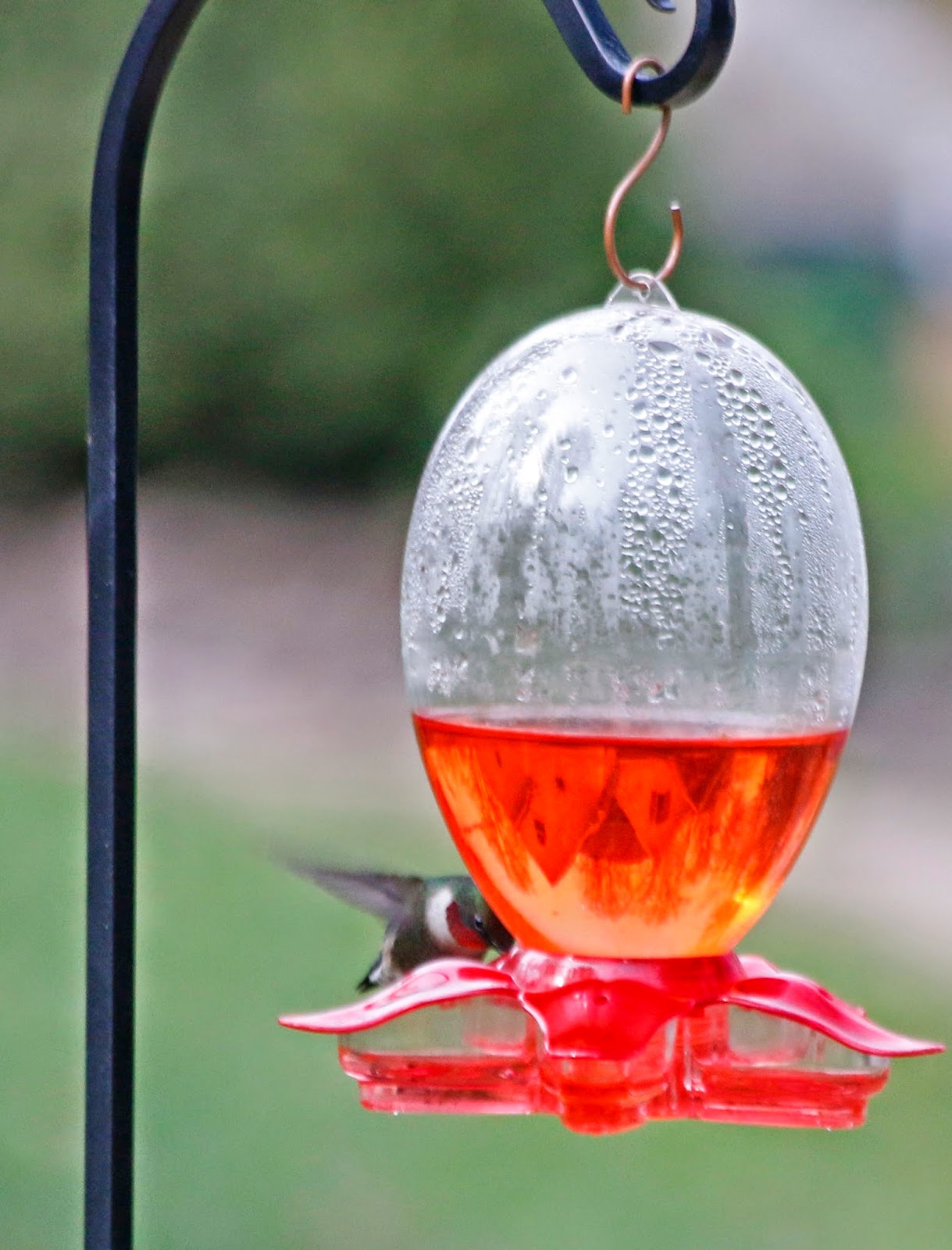 This month I also find my self almost daily tripping over this little fellow when I venture out either to the front yard or the back yard.  He has a varied range. 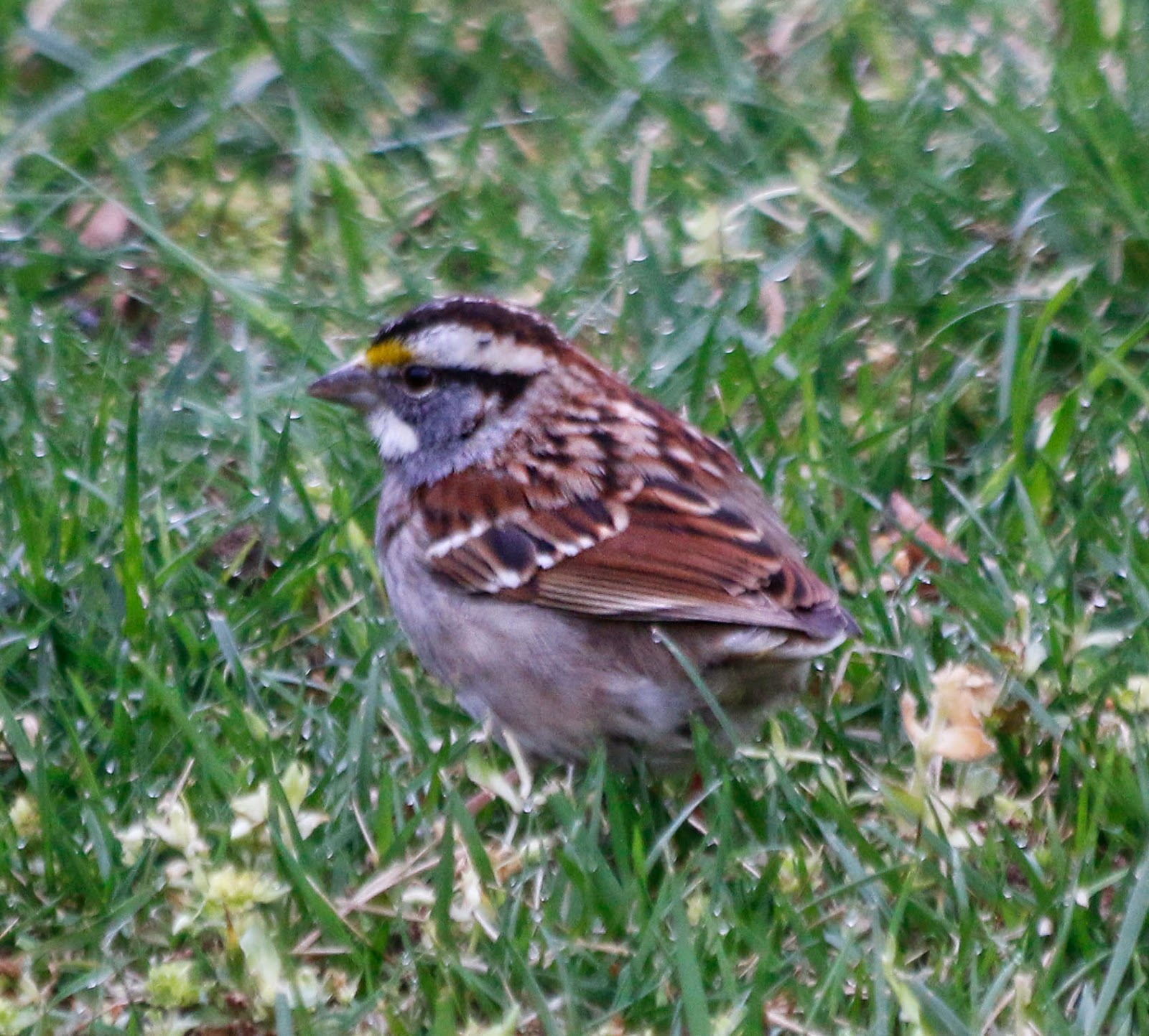 If you look closely you will see that something is wrong.  I am thinking it is my neighbors cat that has removed the tail feathers.  That is why I am almost tripping over the little guy.  He really has no "rudder" to fly.  I have read that these MAY grow back so I am placing little seed dishes here and there and a water dish for him. 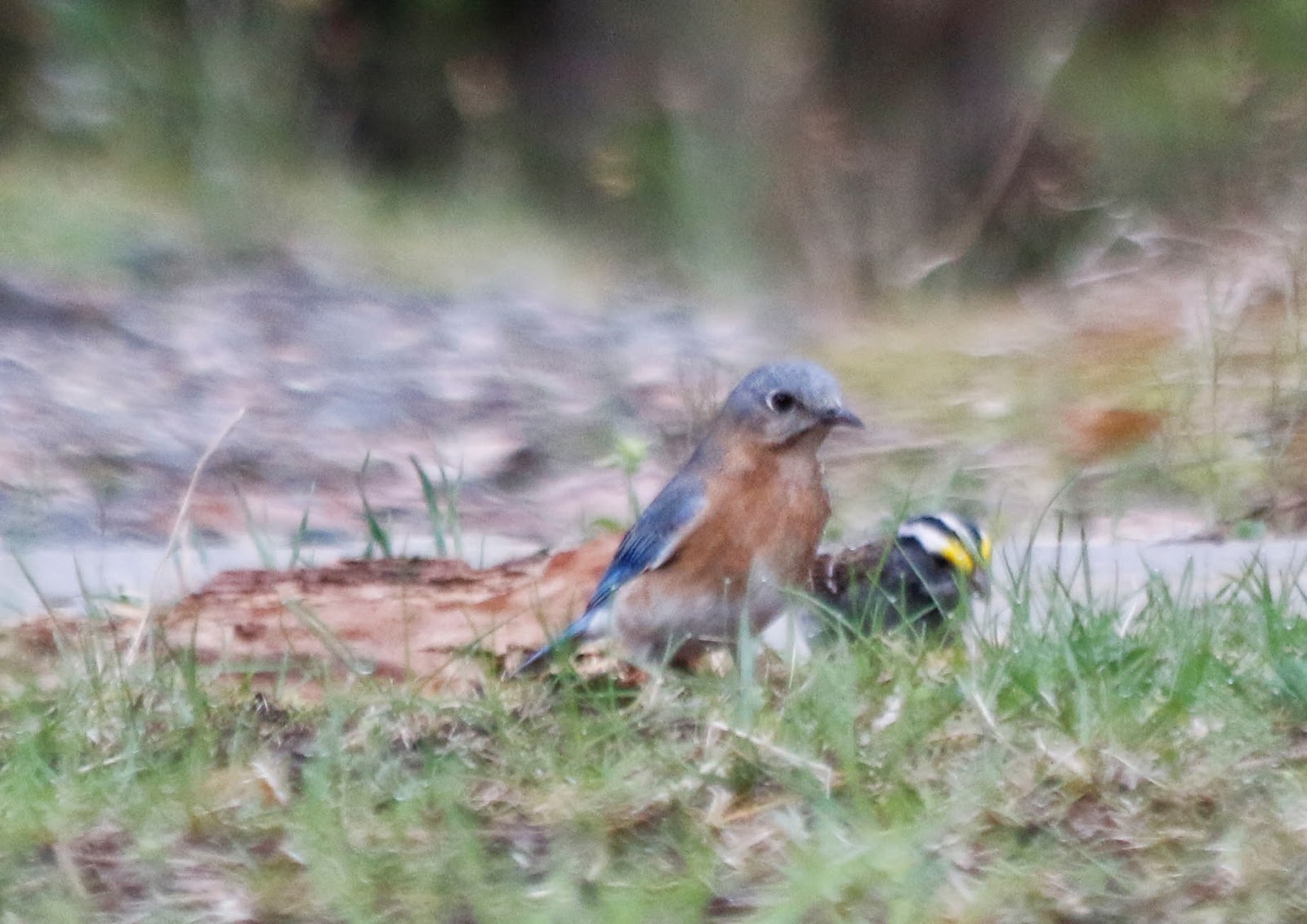 Above he is hanging out with the female bluebird.  Glad they get along and she is not prejudice against the handicapped. 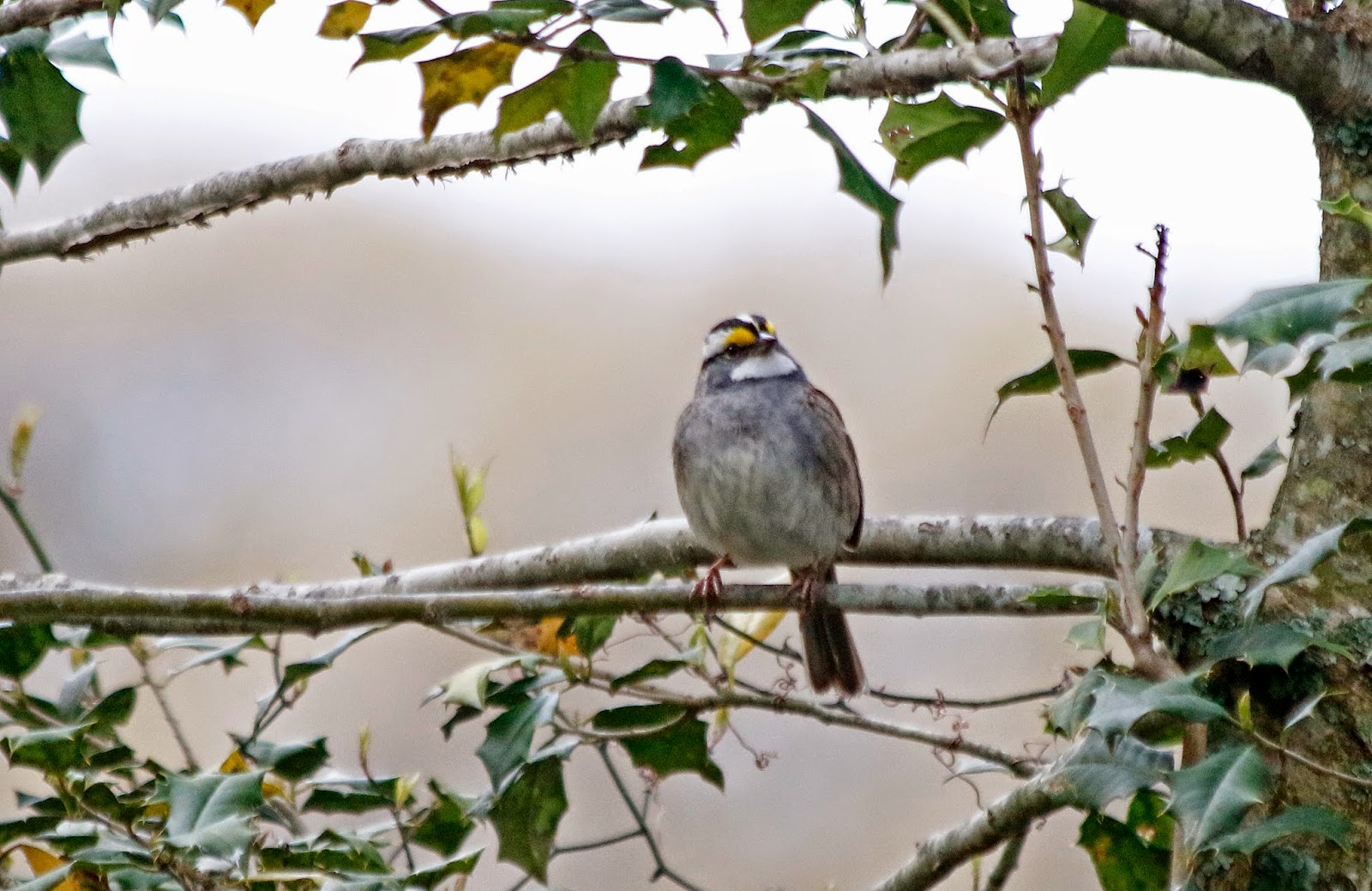 Above is what my white throats look like when they have a tail.  I am hoping he makes it, but if not, as with humanoids, life goes on in my woods.