In the early spring when I was busy with other things than my garden I missed the invaders.  I noticed weeks later that my hardy hibiscus, or rose mallow as it is sometimes called, was missing almost all of its leaves.  Just tall stems remained peering above the peonies.  I realized that there would be no dinner-dish-plate blossoms ahead but I also did not want to lose the plant, and so I sprayed with an organic soap and that seemed to deter whatever very small bug was eating away at the juicy green leaves.  This morning I see I have been rewarded with blooms months later! 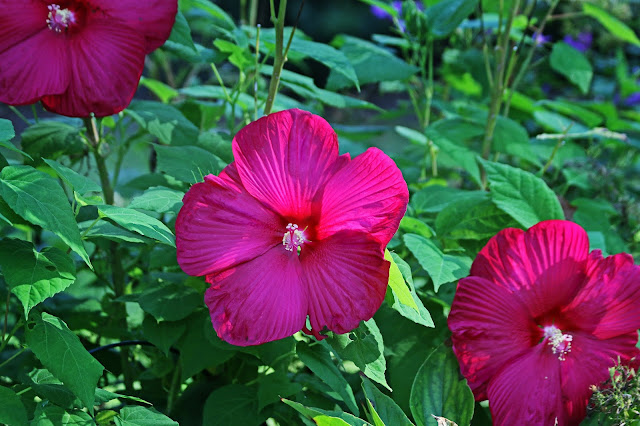 We have native rose mallow that grows along my shore with white blossoms and red centers and while I enjoy it just as much, it is nice to see such a bold and garish tropical smile at the beginning of fall in my garden.
Posted by Tabor at 10:57 AM