About 50% of the time my evenings are good and long and I am well rested. Some evenings I wake up after 5 hours of sleep due to a sound, due to a bathroom call, or for no reason at all! I get up and go into the living room to read because I know it will take me some time to get sleepy again. I usually fall asleep on the couch and get awakened by hubby when he comes in to fix himself some breakfast. Yesterday morning as I was in a deep sleep on the couch, I was awakened at sunrise by a tapping at my deck window. I ignored it and tried to fall asleep once again. The tapping was repeated again after a few minutes. I rubbed my eyes and tried to focus toward the deck and the window. I saw a male Blue Bird throwing himself, gently, against the window and flying up and down in repeated attempts. I have read that this usually means he is jousting with his reflection in order to demand territory before mating. When I got my glasses on I saw this below. 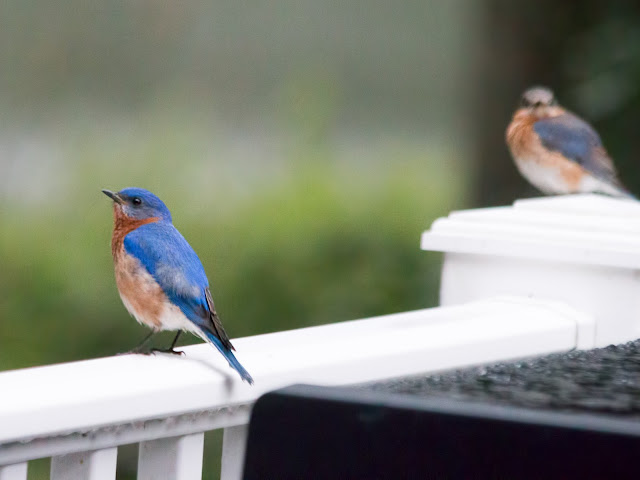 The pair, male and female, waited patiently until I could get their photo through the window which is why all of these photos are a bit blurry and a bit noisy.  Then they flew to the deck chair. 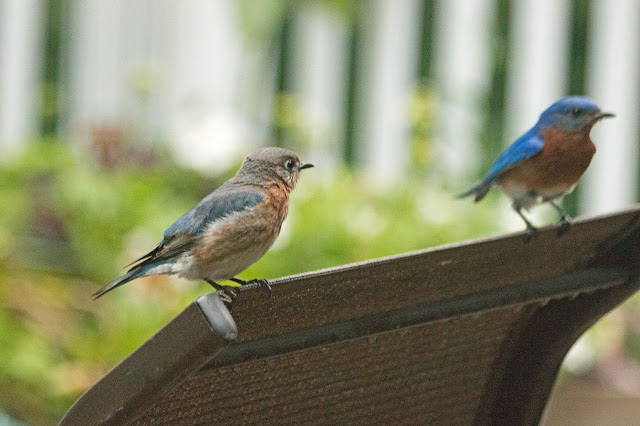 The female started a bit of a dance, or was getting rid of bugs, or making some statement that eluded me. 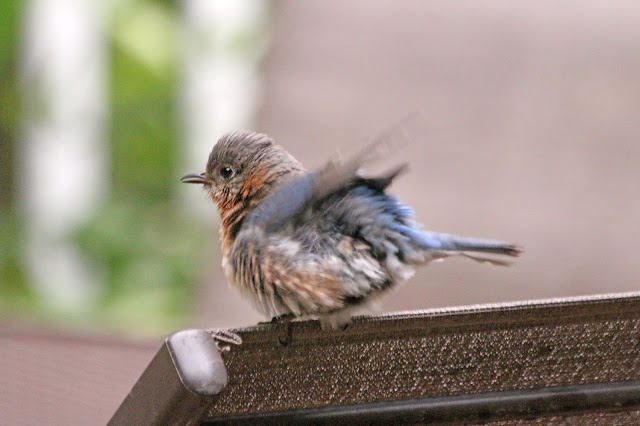 Perhaps she was all aquiver in anticipation of her lover's gestures?
Then she smoothed herself and looked at me in the window...or perhaps looked at her reflection to see if her feathers were all smoothed out? 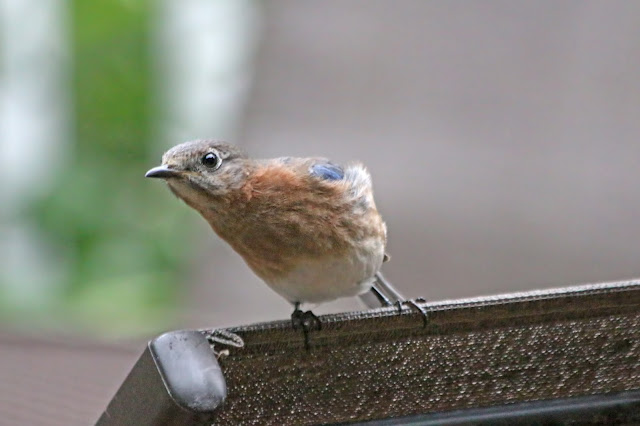 The male decided to do a little "s-wing" dancing and was certainly more Fred Astaire than she was Ginger Rogers in his grace. 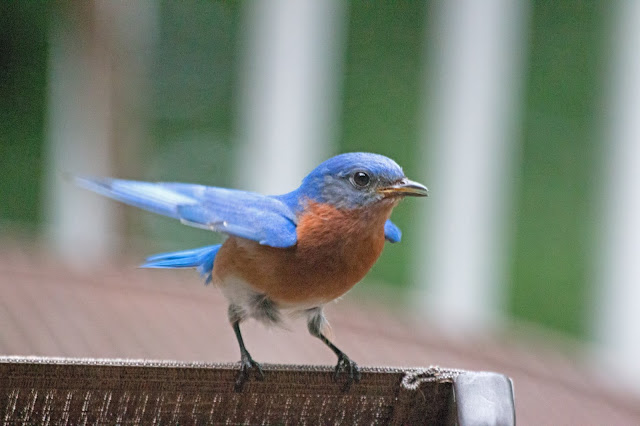 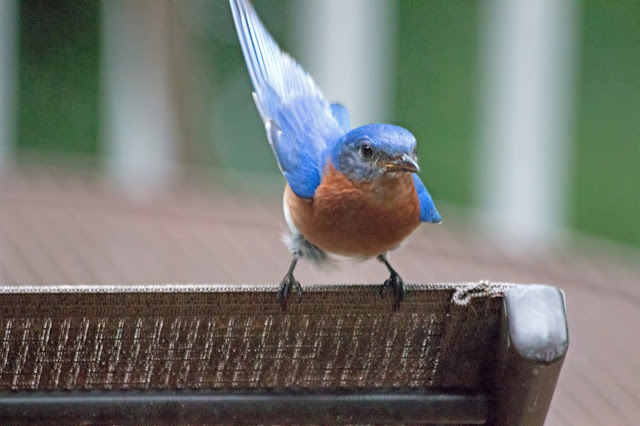 This lasted a while and then he flew to the window and raced up and down it for three or four times before falling unceremoniously into the geranium pot.

Eventually, they both decided to get a closer look at me in my pajamas and perched on the door handle. 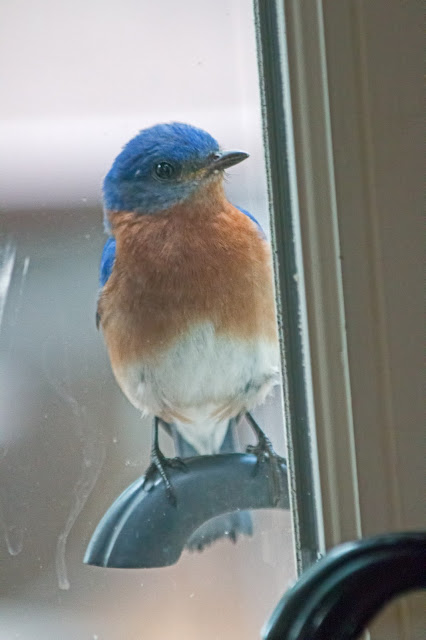 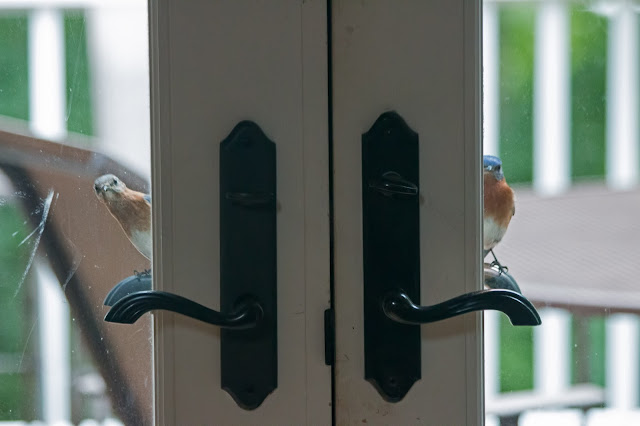 Yes, they have spit all over the windows and I will have to wash them again when they are finished with this mating ritual.  (They were at the windows again this morning and through mid-day..one would think they had better things to do if they want to start a family!
Posted by Tabor at 11:37 AM