While living in the tropics I used to snorkel a lot. My husband was an expert on the biota in the ocean and thus we were able to identify most tropical fish. I found the Sphaeramia nematoptera fish almost clownlike in its beauty. I called it the pajama fish and was surprised to learn later on that it was on sale as "Pajama Cardinalfish." 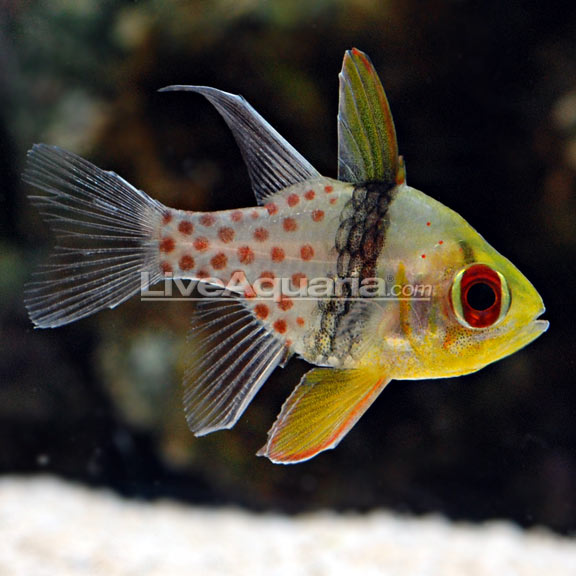 The photo above is taken from an aquaria sales site as I did not have a slide of this fish. I felt that the red eye only added to the hangover in pajamas look.

This leads me to another living being that I like to call the silk pajamas bird.  They are in the woodpecker family. 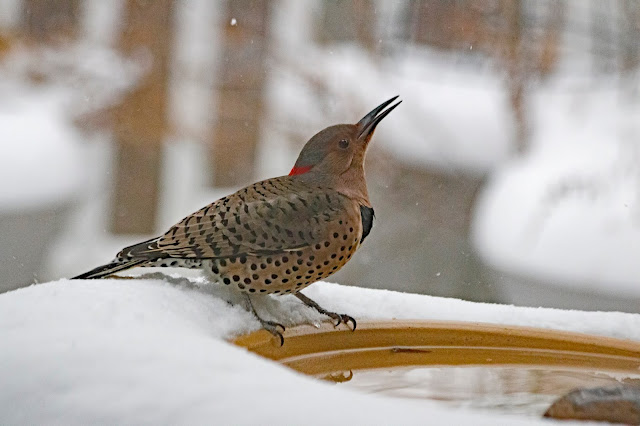 This is the Northern Flicker which moves in flocks down our roadsides in spring looking for grubs and worms. This winter I have had a single bachelor arrive in his silk pajamas/smoking jacket to my water dish, mostly when the snows are heavy. 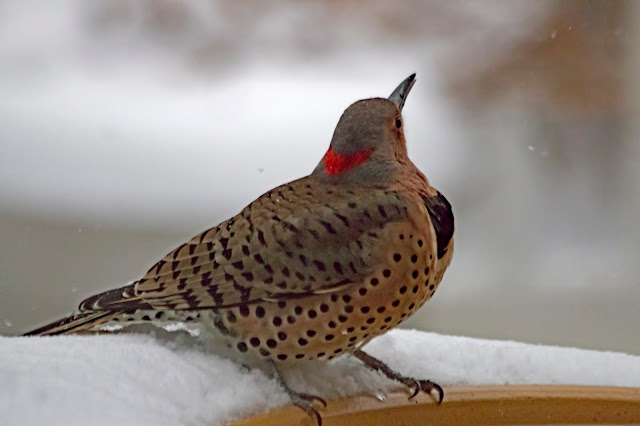 I love the red sleeping cap he wears on the back of his head. 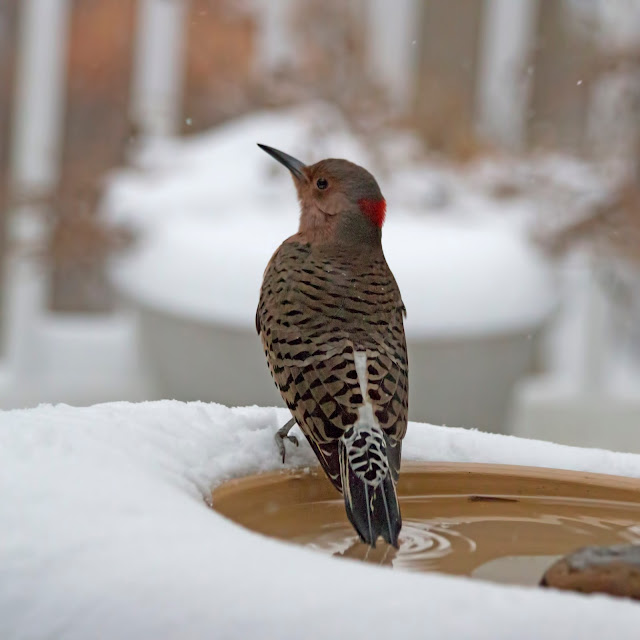 When they flock together and take off when startled the white of their rumps is a clear identifier. 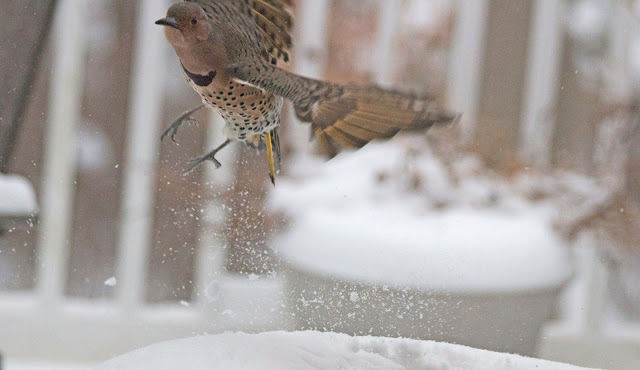 They are a large bird and can toss up a bunch of snow upon departure. 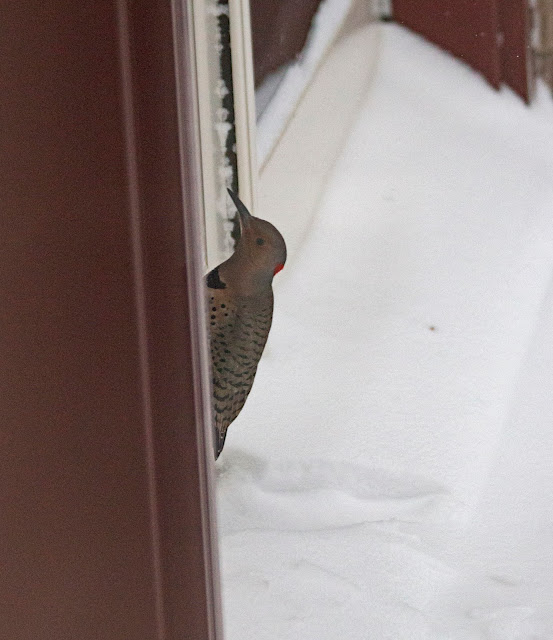 This one flew just a short distance to my side door and sat there while the snows continued to drift down.  He kept looking in asking for an open door. 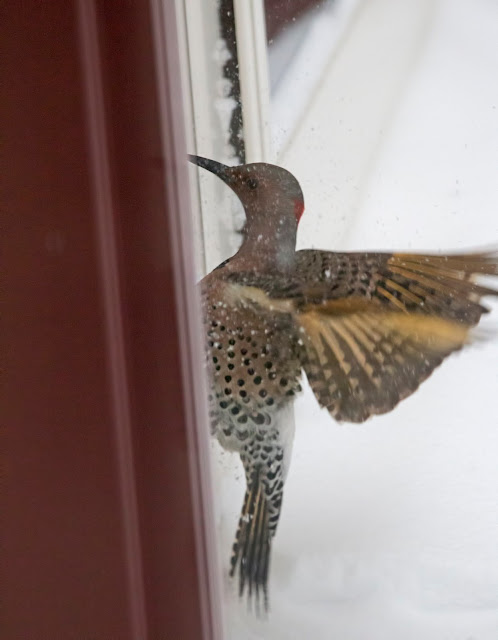 Did he know something that I did not? 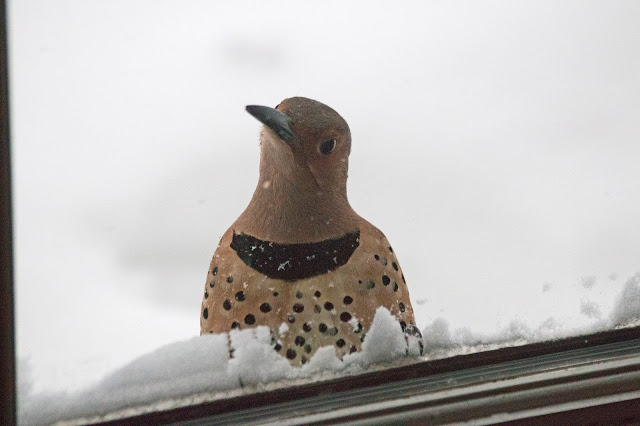 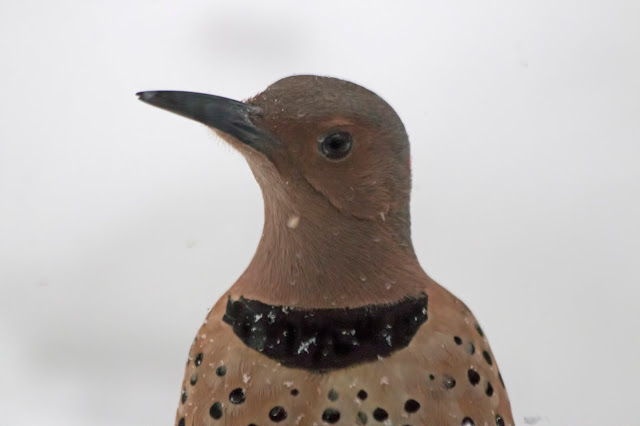 Gotta love their personality.
Posted by Tabor at 10:51 AM