As I posted recently, the buffleheads are now in the river. I can catch their soft white cheeks in the early morning sun. Many of the geese have returned for the winter. Thousands of starlings cruised through last night completing a marvelous ballet in the skies before moving on to greener pastures south. A robin, usually the sign of spring in these parts, appeared in a tree one mid-morning. He just sat there looking about for some time. Then he ventured into the heated birdbath. The temperature outside was very low 40sF. 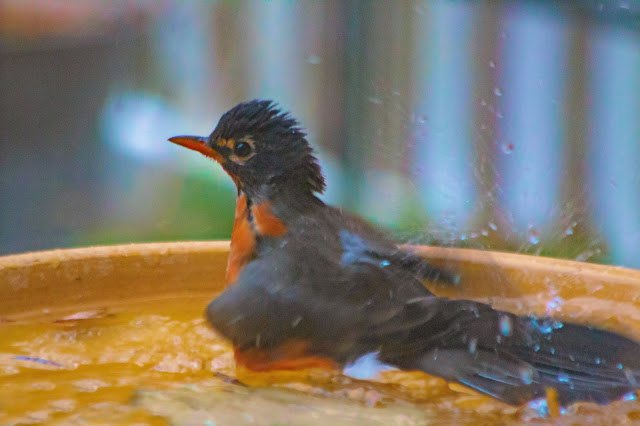 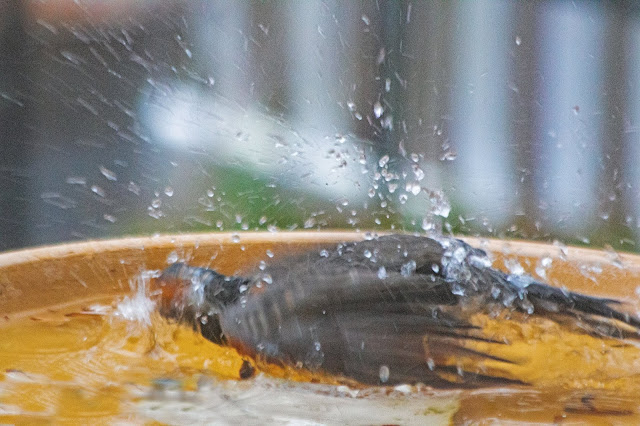 An hour or less later a dozen of his pals showed up. Maybe he was the forward scout?
Posted by Tabor at 9:39 AM