This lonely and newly fledged Titmouse has spent weeks tapping at my windows. He arrives in the early morning on the east side of the house where my cut leaf maple tree makes perfect take-off perching.  Then he does his morning exercise while I work on my blog or listen to a series of lectures on Winston Churchill. 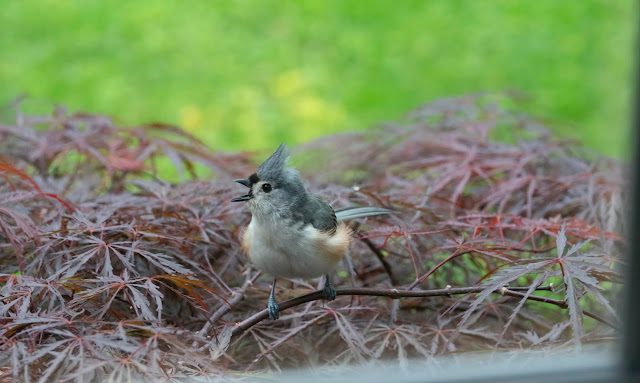 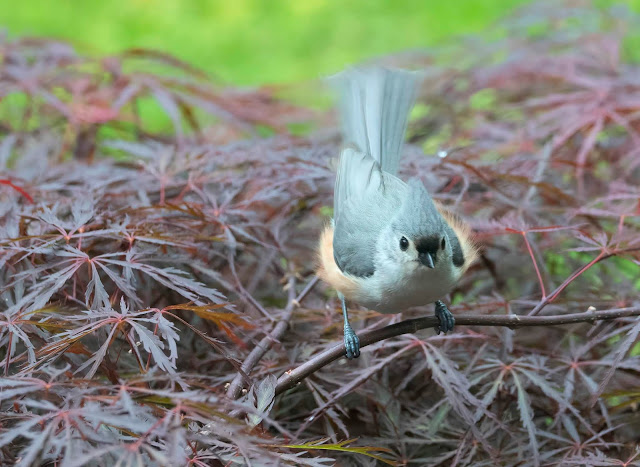 Then he braces himself and begins the repetitive process of flinging himself (herself?) against the window again and again and again.  My windows are sprayed with his saliva and may soon be scratched with his claws and beak. Eventually,  he flys to the west side of the house and to my patio door. 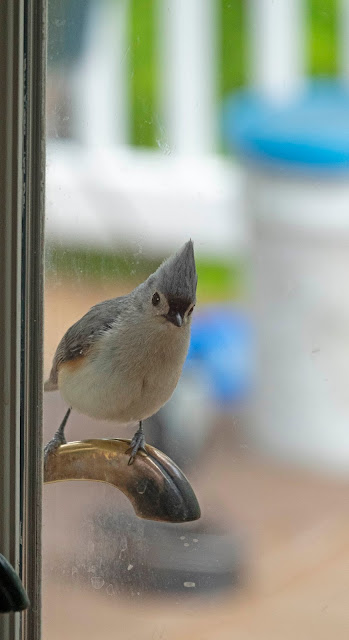 He peaks in to watch me working or to see if there is food or for some unknown other reason.  He is pretty much unafraid of my coming to the window and trying to tap him away. With that fearlessness and total focus, I am afraid he will soon be hawk food before summer is over.  I wonder when he has time to eat. 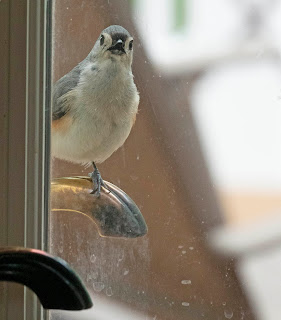 Should I open the door and invite him in???