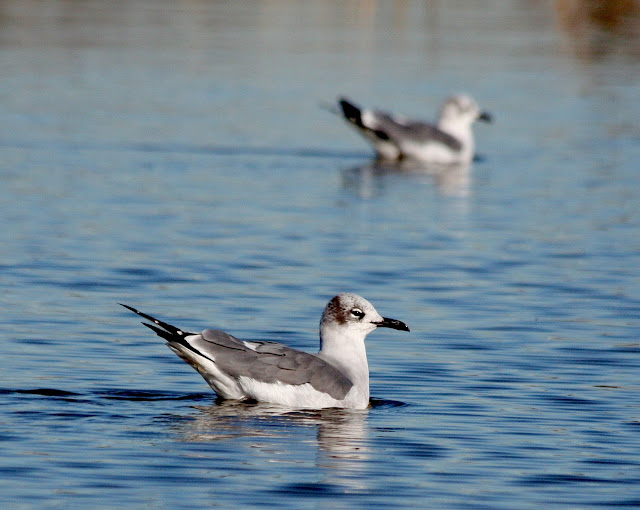 The seagulls of the world are often overlooked because of their accessibility and abundance and sometimes annoying behavior.  Most were thought to come from the large family Laurus which is a Greek word meaning ravenous sea bird. But the Laurus classification is now under question and they interbreed making identification a bit of a nightmare.  Do you remember the Disney animated movie Finding Nemo?  I thought the writers of that animated movie did a perfect job of capturing the personality of these birds by making them shriek "Mine!" "Mine!" "Mine!" as they hovered over food. 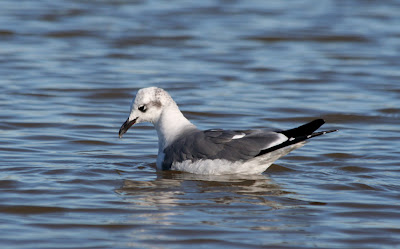 One of their calls reminds me of the sound of a baby kitten whining for food and this is sometimes heard when you come upon them on the water just having chased a school of fish into the depths of the ocean and bemoaning their loss.  They have been known to eat squirrels and rodents if they can capture them.  They eat bugs and as you may have seen, like crows, get some food from garbage cans.  I remember seeing them fly over my dad's newly plowed fields in Colorado (far from any ocean) in the spring looking for worms, perhaps.  They are able to drink both fresh and salt water and they excrete the salt through special glands near their eyes.

They seem to be birds that are the most fearless of man and will hang close hoping you have something to throw into the air or onto the water to feed them.  Any well-salted carb will do.

These photos appear to be laughing gulls in their winter coloration. Don't hold me to that ID as there are many, many species with similar colorations.  Note the raised crown of feathers at the back of the head in the photo below.   There was no wind so I am thinking this was him/her  getting his/her dander up because we were getting too close. 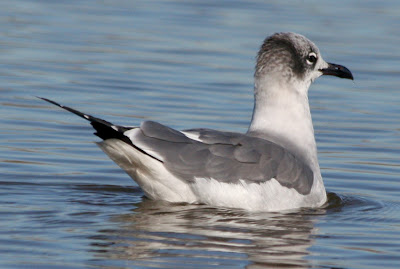 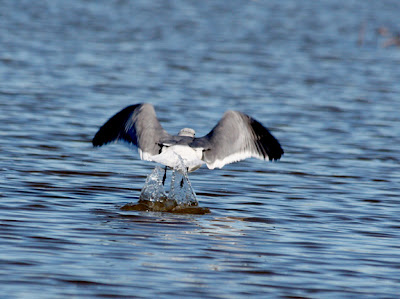 An thus he flew without too much of a splash. 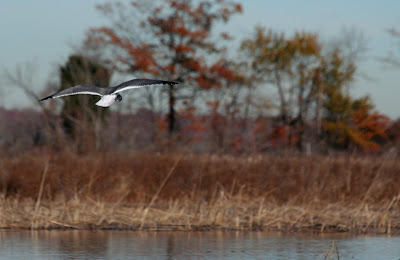