Superbowl Sunday. I did not watch but hubby did. I cooked hamburgers, not on a grill, but on the cast iron skillet. It was a very 1950's evening. I kept my eye to the window as the skillet heated. The sky was softly cloudy toward the opening to the river covering most of the sky and that meant the sun was probably going to disappear without any glory. When I looked up, all I saw was a glint of warmth just over the tops of the trees on the peninsula, a soft cold glow. It was nothing special, but I took a photo anyway, as I am addicted. 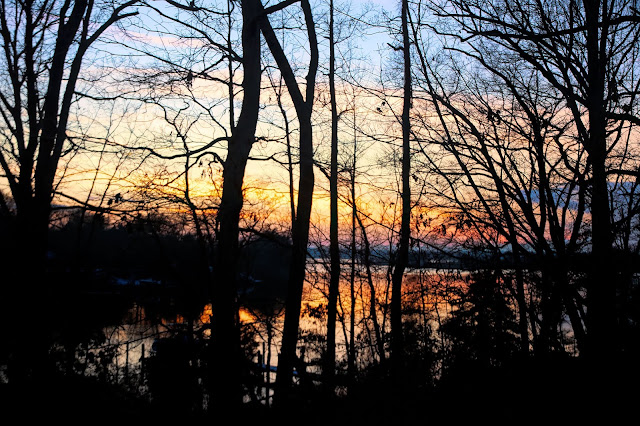 I continued to cook. In about ten minutes a bit of color caught my eye and I turned off the stove and took my camera from the table. 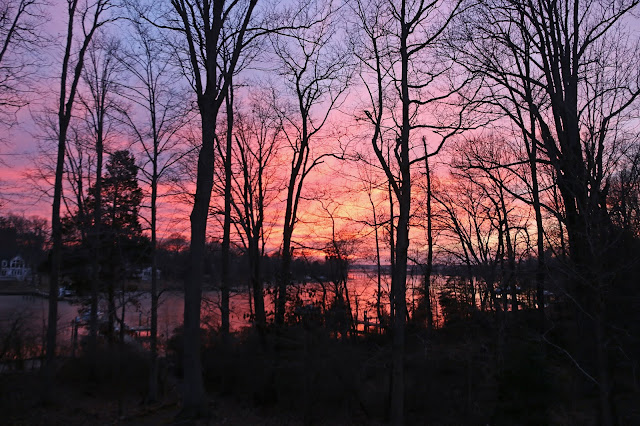 That is the thing about sunsets. You have to watch them because, like strippers, they like to tease.  They just want to see if you are paying attention. 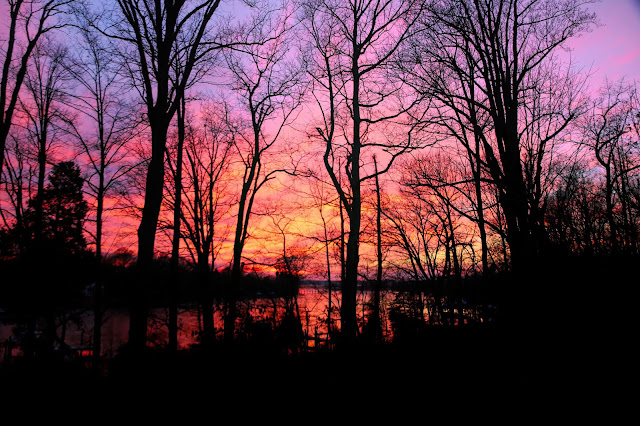 It was cold and I was in stocking feet, but there was no wind.  I dashed back inside and set the table and then rushed back out for one final photo. 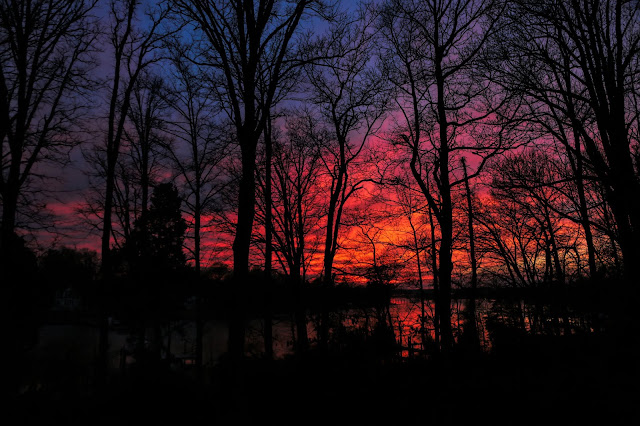