We are busy in the spring. Very busy. Yet, watching birds is something we put into our 'busy' schedule. 'Our' Canada geese winter over in the river and then fly north. We watch them each day line up in formation to fly over the dormant cornfield to the west knowing there are hunters about, but still calling their friends and neighbors to fly out. They do not leave all at once but in groups of 5 or 10 or 20.  When the noise reaches a peak, the flapping wings banging against the surface of the water adds even more chaotic sound, and soon with a crescendo, they are off leaving behind only soft white feathers on the surface. 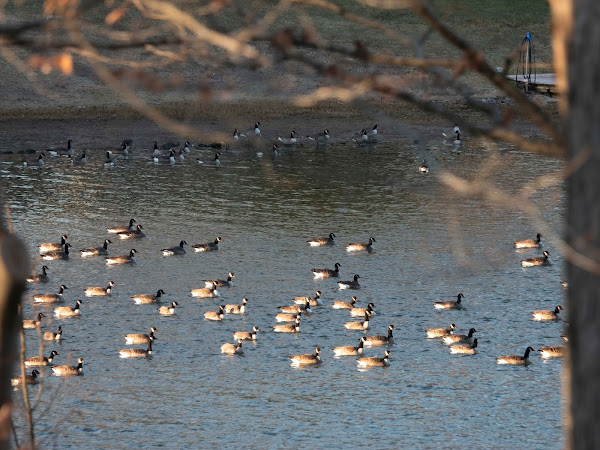 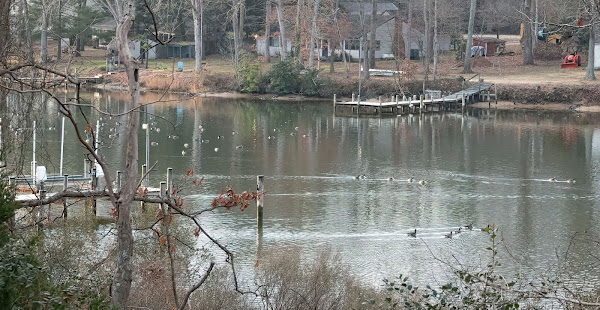 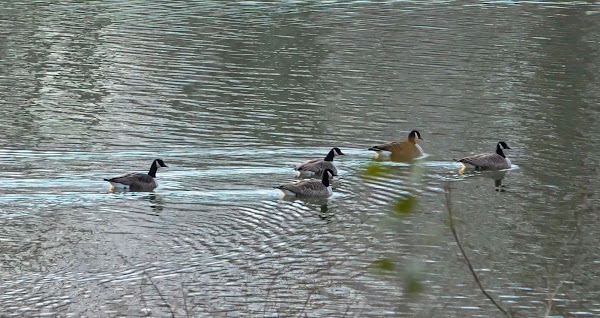 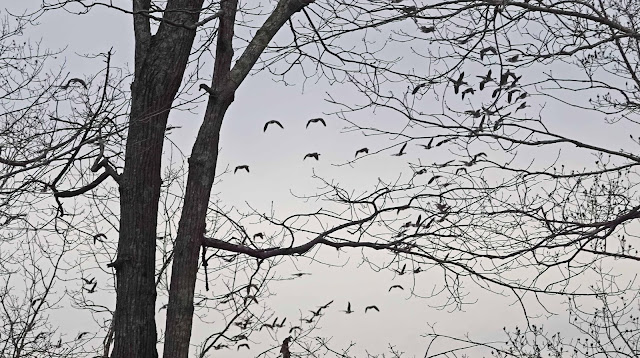 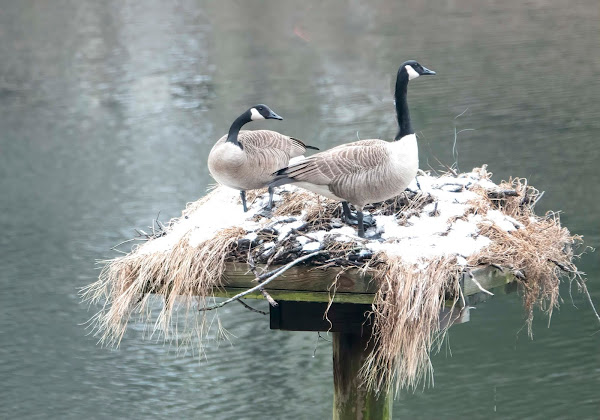 We realized too late that we should have tried to knock off all the soft grasses and forced the osprey to rebuild when they arrived.
The ospreys returned weeks later and sat watchfully on the empty nest that first day.  Sometime during the day the geese brought a major attack against the two ospreys and intimidated them off the nest with their large wingspan. When the geese returned to the nest, the osprey were not able to return the intimidation making them leave. I learned a lot about fighting and sense of purpose and how size matters more than claws and beaks---psychology more than actual weapons.  This battle went on for several days.  The ospreys are now building a more fragile nest high in a tree across the river. 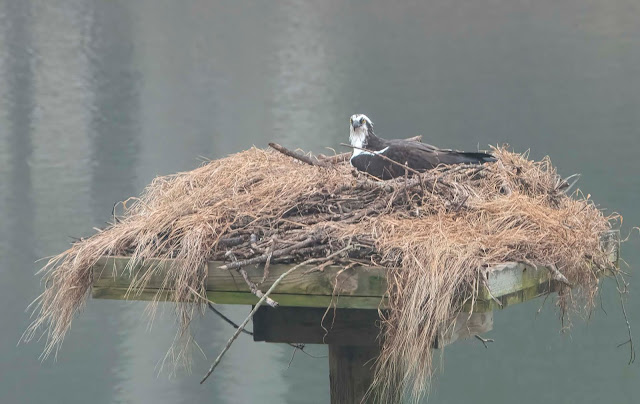 We dreaded the time when the geese couple would realize that hubby's banging on the osprey nest post and his chasing them back up the river in his kayak was not dangerous. One morning the female goose stood her ground!  She sat and watch him bang away and realized that was all he had. No gun. No net. Just noise. 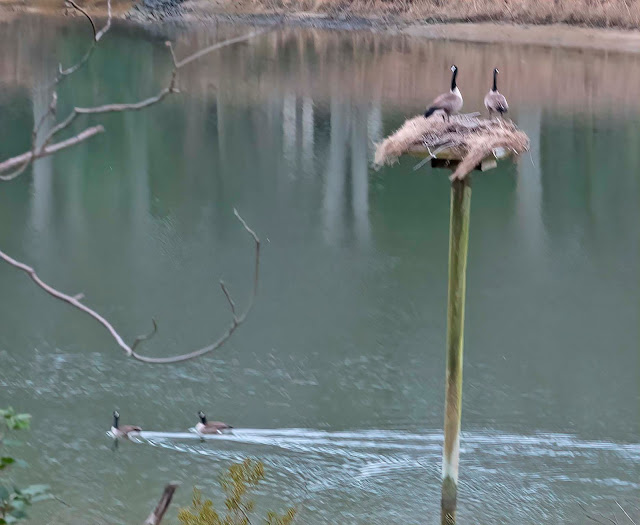 For a while, there were two couples eyeing the nest.  Real estate is at a premium here.
We have accepted that once again we will watch a pair of geese raise their young through the spring...unless our horned owl decides the young will make a nice midnight snack.  I accept that we like the geese less because they are so abundant and so strong.  I have had a goose try to chase me off a canal path years ago.  But it is what it is.
Posted by Tabor at 11:13 AM