This season of new bud and bloom is way too short for most of us.  Everything about it is fragile and lacey and delicate and ephemeral.  The spring flowers are mostly pastel and transparent.  They hang on to their petals for just a week or so before rain or wind causes them to fall.  If they are more resilient the big bumblers stomp and chomp their way inside causing petals to drop. 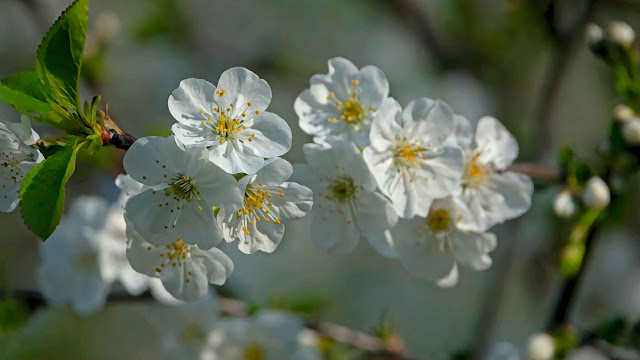 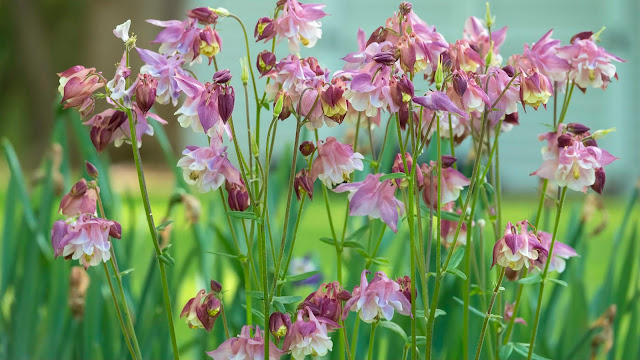 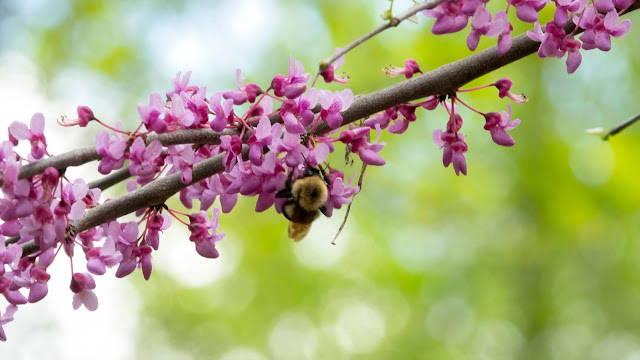 The netted male oak flowers called catkins hang drooping and dispensing tiny yellow pollen.  They eventually fall covering patios and porches in wilted flower casings.  From the tiniest of female flowers that catch that pollen that vastness of an oak tree can emerge to tower over us all and remain to watch our grandchildren's children play. 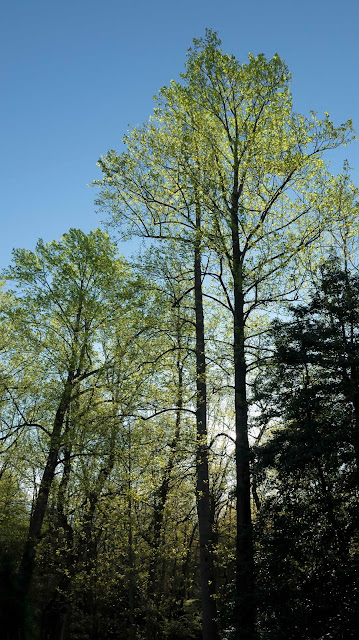 The sunsets are later and can be enjoyed at a more leisurely pace since the cold breeze is gone.  The evenings are stiller and I can hear the call (purr) of the screech owl down in the ravine during the bedtime hour. 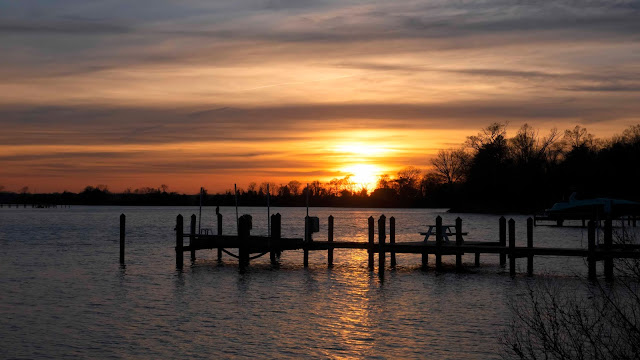 The bird-song is abundant but graceful as they declare their territory and call to their mates and pick their nesting sights.  They move swiftly with sticks and leaves and grasses once the perfect home has been found.  My friend told me a story the other day about her bluebird project.  She had tried to get out early on her trails to check the boxes and replace those that had been damaged by storms and age but unusually cold and rainy weather had delayed her.  When she finally set out, she found one of the old boxes already had a bluebird nest.  The mother had flown off the eggs when she checked.  She carefully took down the box and rotted post and put up a new post with a new birdhouse.  She then carefully moved the old nest with eggs inside the new box.  She waited and watched.  In due time, the mother bluebird returned and settled on the nest!  The father returned to stand watch!
Now you can have fun posting below the conversation you think they were having...
Posted by Tabor at 9:21 AM