The three osprey have appeared and disappeared over the last few days. They fly high in the sky and out over the bay in search of food.  Some days one can be seen with fish in claw, so it appears the fish are making their way back up the coast, although I do not see much action on the waters in my section of the river. 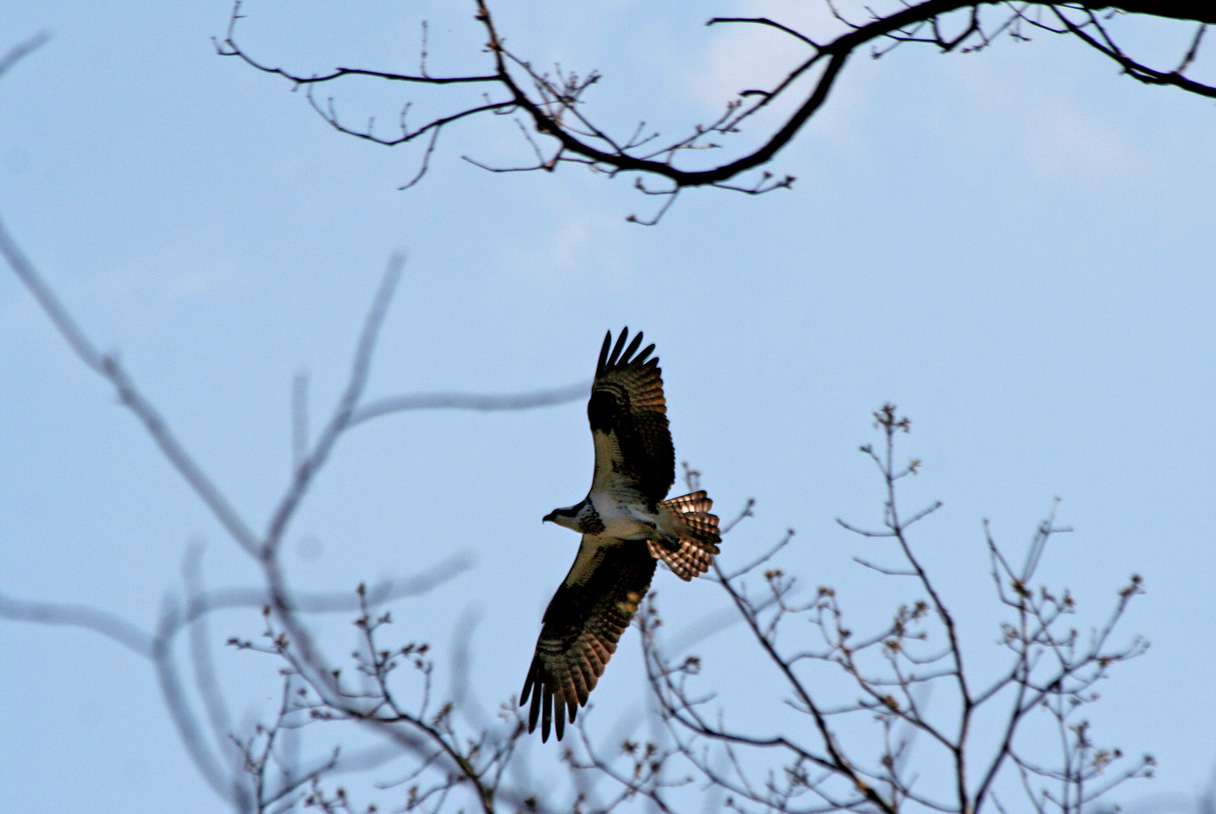 There are three osprey that hang out and two usually sit near each other  on an oak just down the river.  I have not seen one feed the other , which would mean active mating, but they certainly are talking loud about this marriage arrangement they have going. 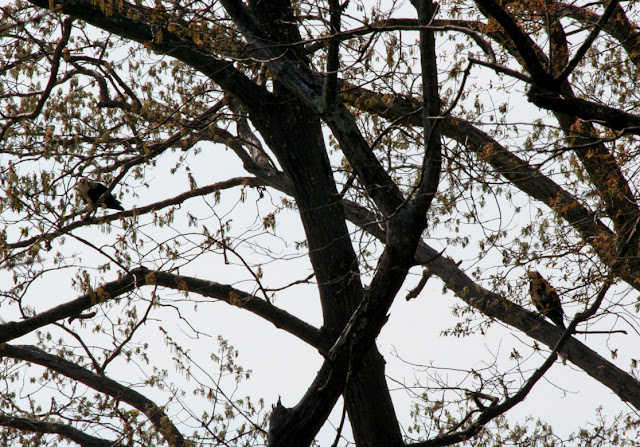 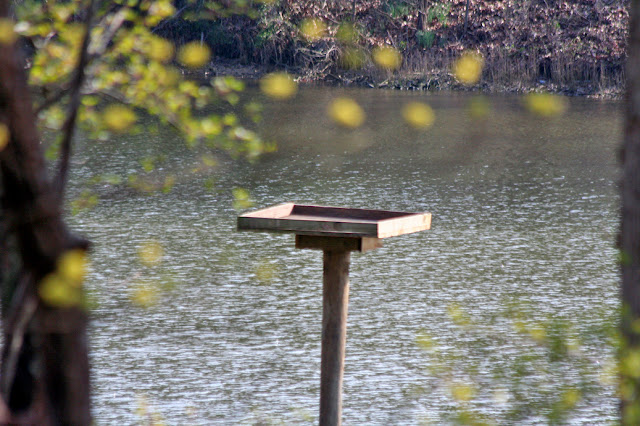 They have landed several times on the platform still imprinting, perhaps.   Is the site too large, too near shore, too exposed?  It is all about location, but osprey platforms are at a premium in this area and I will be surprised if they decide this section of real estate is not for them.  They have attempted nesting in this area of the river for at least three years and my regular readers will remember the issues with that, so maybe they are just super wary.  Just last evening one landed on a dying tree just above and near the platform.  It was a very fragile branch that the large bird had selected for a perch and I was surprise that the osprey would attempt to stop on something so weak.  The bird's wings flew open and the branch dipped and swung back up then down and while the bird was attempting balance, the branch broke off beneath it and the bird had to take off across the river!  (They seem to remember me from last year, just like those smart crows, and remember my determination to keep them off the roof of the boat and therefore I cannot get close enough for good photos this year or I intimidate and they are off and flying.) 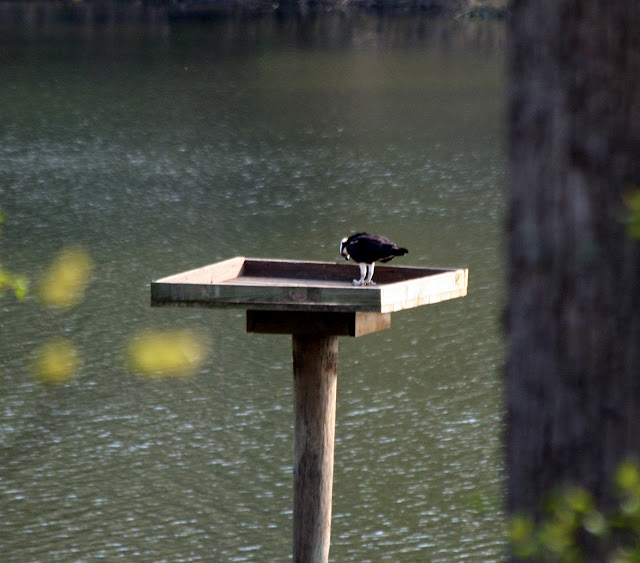 Above she seems to be checking out the stability of the flooring.  A new chink in the process is the spring planting of the living shoreline which was contracted last year.  Our contractor has laid some rock and now they will be bringing in a barge and putting in sand followed by the planting of indigenous grasses all in an effort to maintain the shoreline from erosion and establish a better habitat for all living creatures including us.  But this noise and substantial activity (scheduled for next week) may just drive the female osprey off the deep end and off into some new area to raise a family.  Only time will tell.
Posted by Tabor at 5:04 AM