Not the endangered whooping crane but the Sandhill crane, more common, is certainly elegant and surprising when you see them.  They are found all across many parts of the mid-west and south.  This bird was seen in fields and near shallow ponds on drive-byes in Florida.  I had hubby stop at a nearby golf course to try and get a closer photo, but it did not look as though I was going to ever get close enough for some real bonding experience.  One rainy afternoon we stopped at a nearby pharmacy so Hubby could pick up some dental floss, and across the edge of the parking lot I saw these Sandhill cranes! 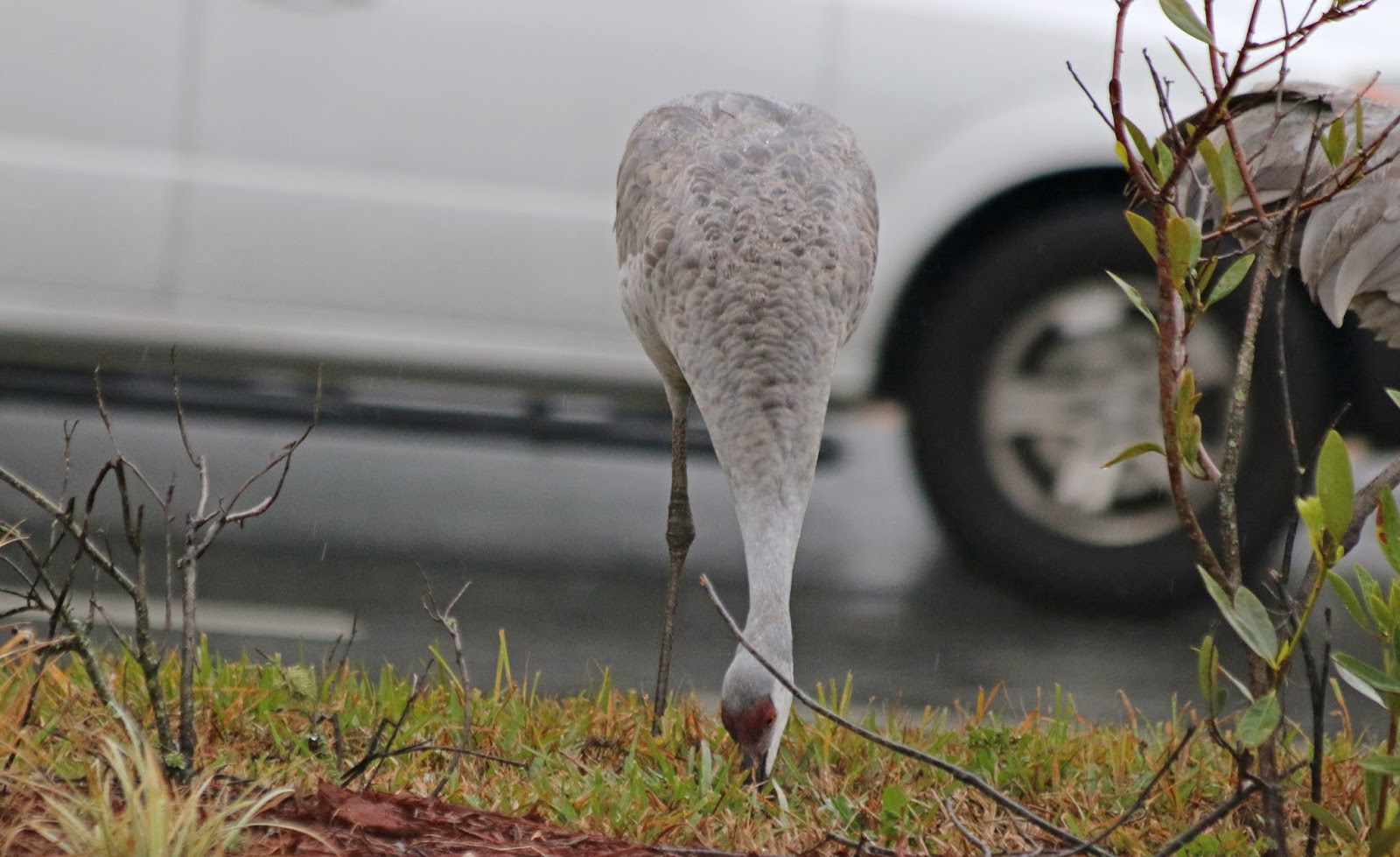 My hands were shaking and I had the telephoto on, so the pictures were blurred because I was too close!  There were four and three were grazing while one was sleeping while cars raced by on the highway.  It was raining lightly and getting me and my camera damp. 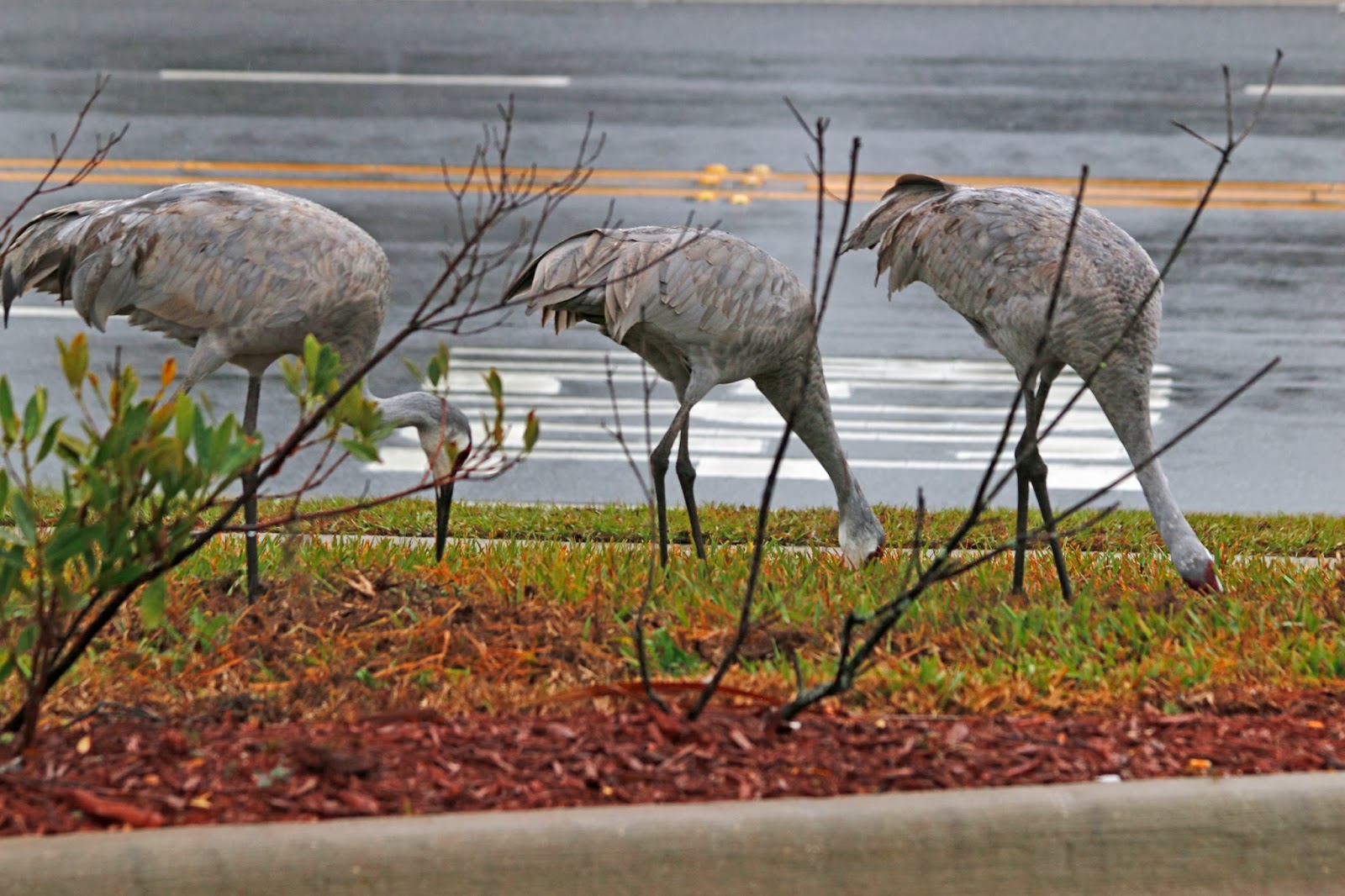 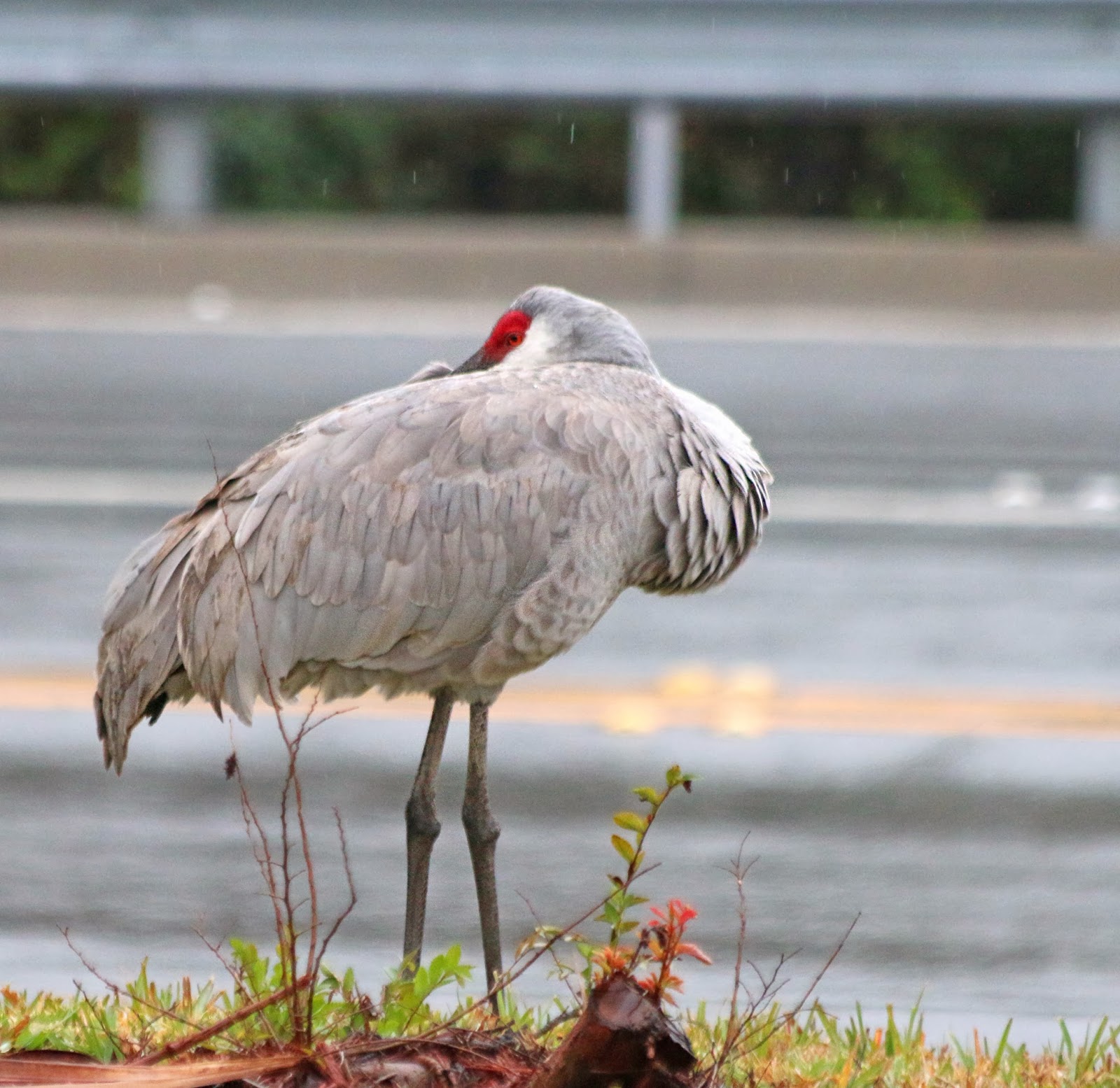 These beauties stand almost 4 feet high.  They ignored me, seemingly used to the paparazzi of the elderly in Florida.  Their cry can be heard up to a half mile away.  Mid-westerners are used to their call as they fly overhead during migrating season, sometimes not seen because they are riding a thermal a thousand feet above! 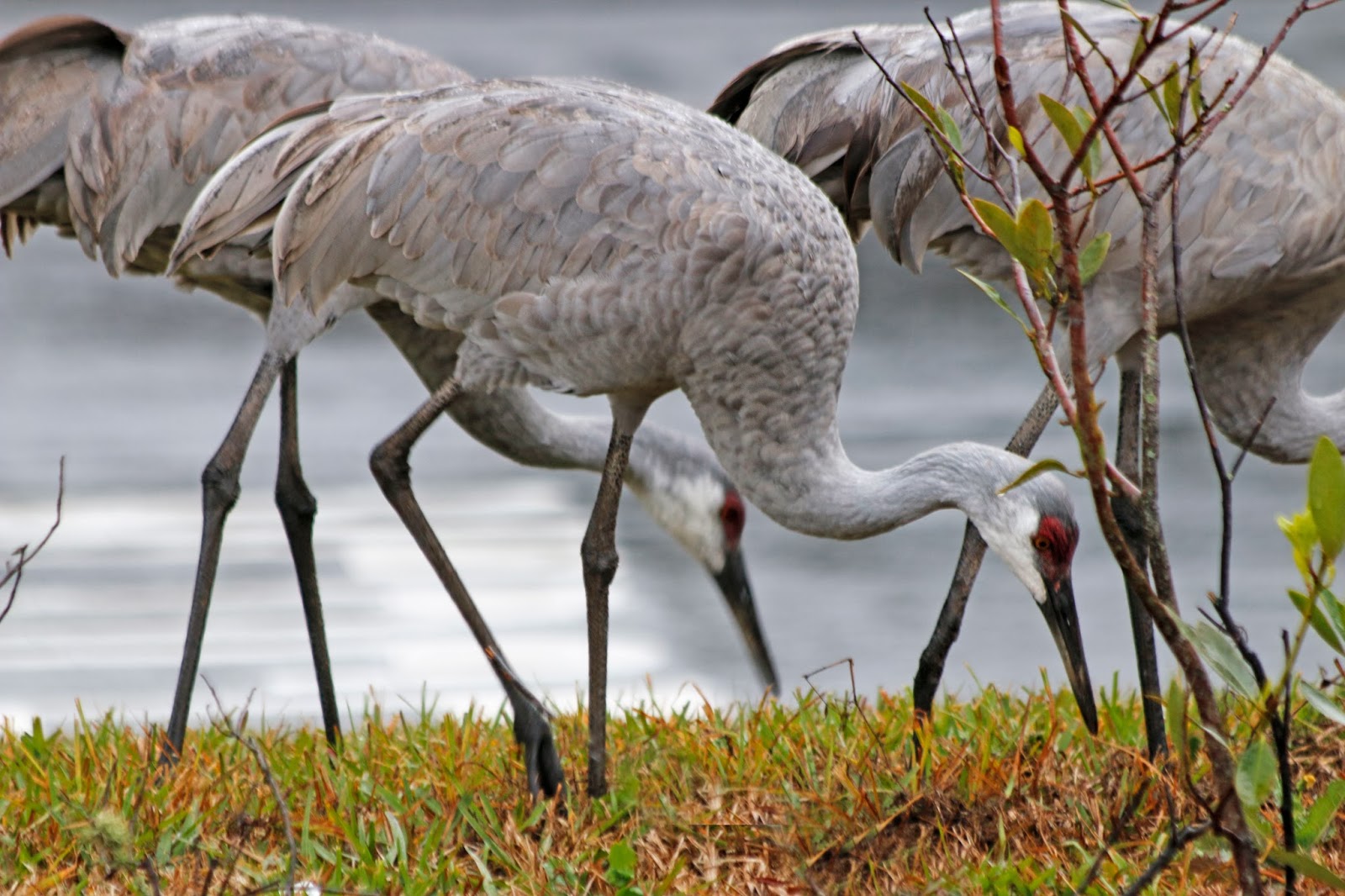 I love their elegant red crown.  A six foot wingspan and a life length of up to 40 years makes them a compelling species.

They let me get closer, even with the stupid telephoto.