My husband was so good to me on this recent trip to Florida.  Of course, he loves canoeing and casting an occasional spinner lure or fly (he brought both rods), but he made it a point to try to get me close to as many birds as possible, exotic tropical water birds.  I think I had the AF setting wrong on many of my shots with my new camera, but since I am not a professional, it did not bother me much.  That is the wonderful thing about being old...you no longer dwell on mistakes because life is way too short and you just try to learn. 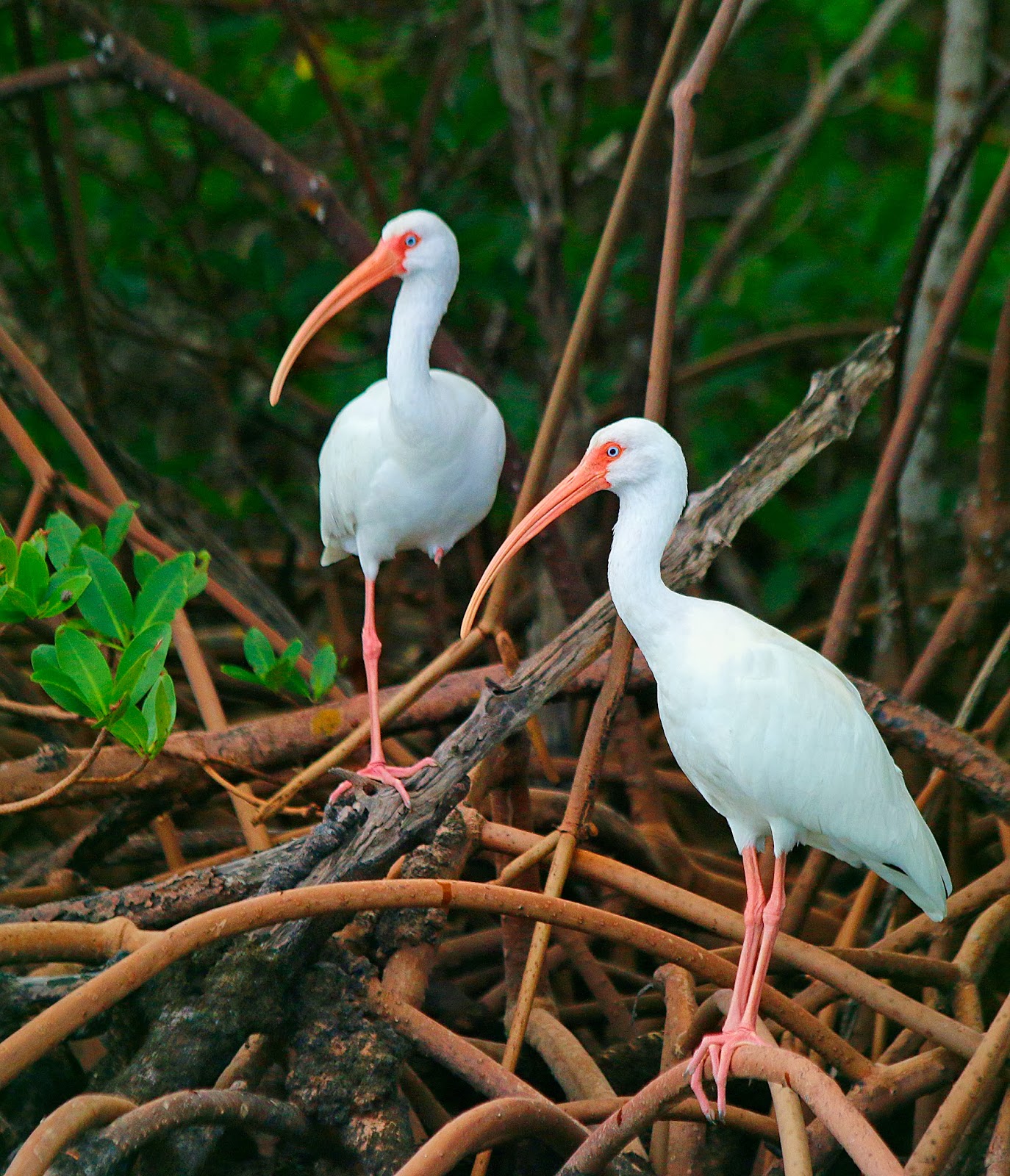 This bird above is one of the most common birds in Florida and this is a boring photo to people who live in the South.  They are seen in front yards, along busy highways and on the sides of the many Florida lakes.  Above they are resting on mangrove roots on an island we paddled by.  Those long orange beaks prod into the lawn and look for bugs, worms and small frogs and underground reptiles.  Studies have shown they spend about 10.25 hours a day looking for food.  The male has it bigger...the bill that is. This is, of course, the white ibis, Scolopax albus. The males and females are identical in coloring and monogamous in their relationships, so perhaps this above is a couple.  They are beautiful in flight with black wingtips and I did not get a photo of that.  Juveniles are brownish-gray.

According to Wikipedia, native Americans believed the bird was the last to seek shelter before a hurricane, and the first to emerge afterwards, and thus it was symbol for both danger and optimism.  Nice! Below you can just see the small black wing tip in the bird on the right.  The scary robotic looking fellow on the far left is actually a roseate spoonbill. 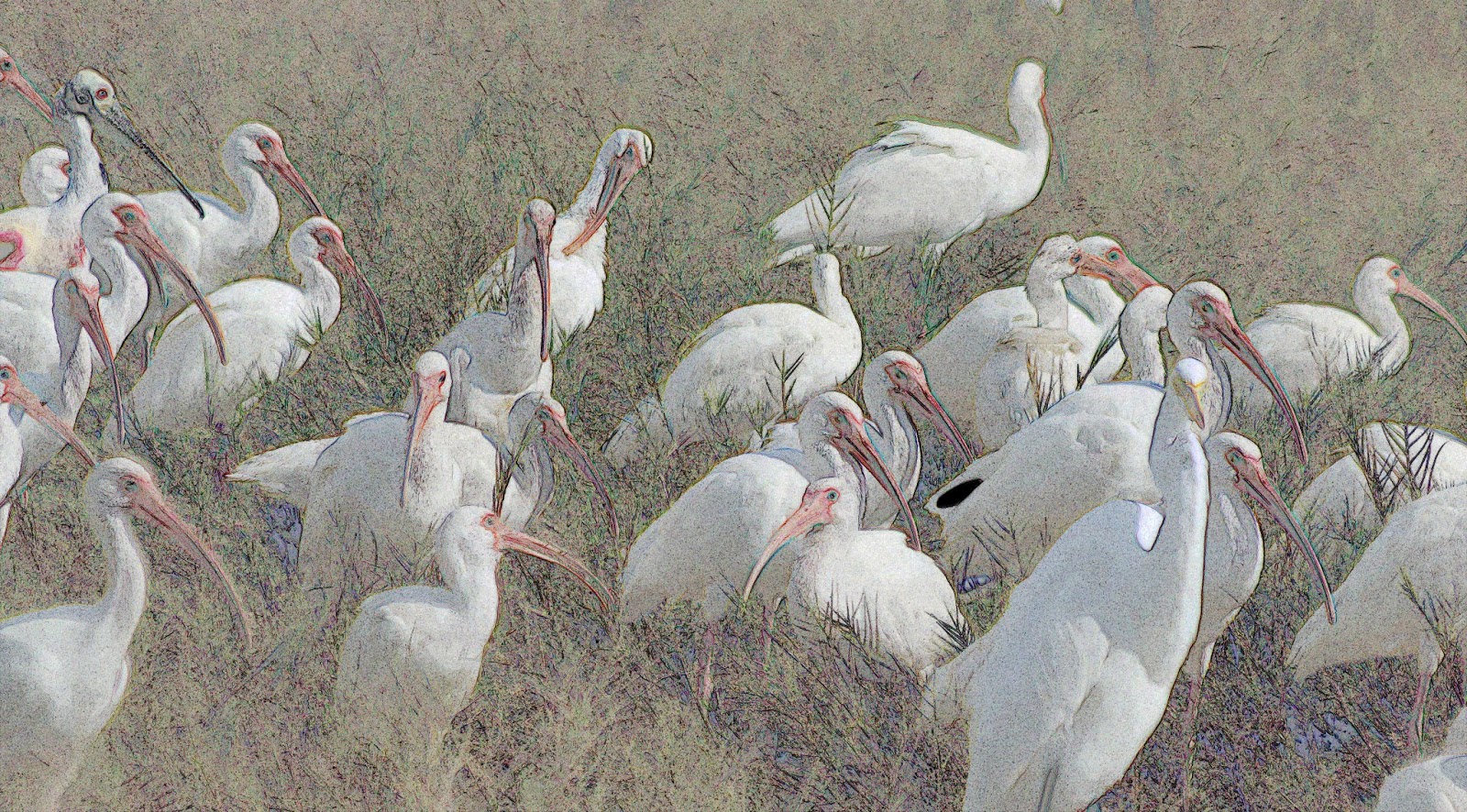