I had noticed as the days lengthen and morning arrives just a little earlier that there was something missing in my life.  For two days I could not put my finger on it wondering if perhaps I was coming down with something.  Maybe I was missing a vitamin?  There was some emptiness that I just could not figure out.  March, while not spring, is usually energizing with its dramatic changes and promise of departure, so why did I feel oddly out of kilter?

Later I took a walk around the yard to collect what the wind had blown hither and yon and, as I passed our pull-behind vinyl tube, I saw that the float had tipped over and was upright and the center where the grandkids sit had filled with rain water.  It was like a kiddie swim pool and as I looked closer I saw some dark piece of wood(?) floating on the surface.  I reached in, and as I touched it, I immediately discovered what it was. 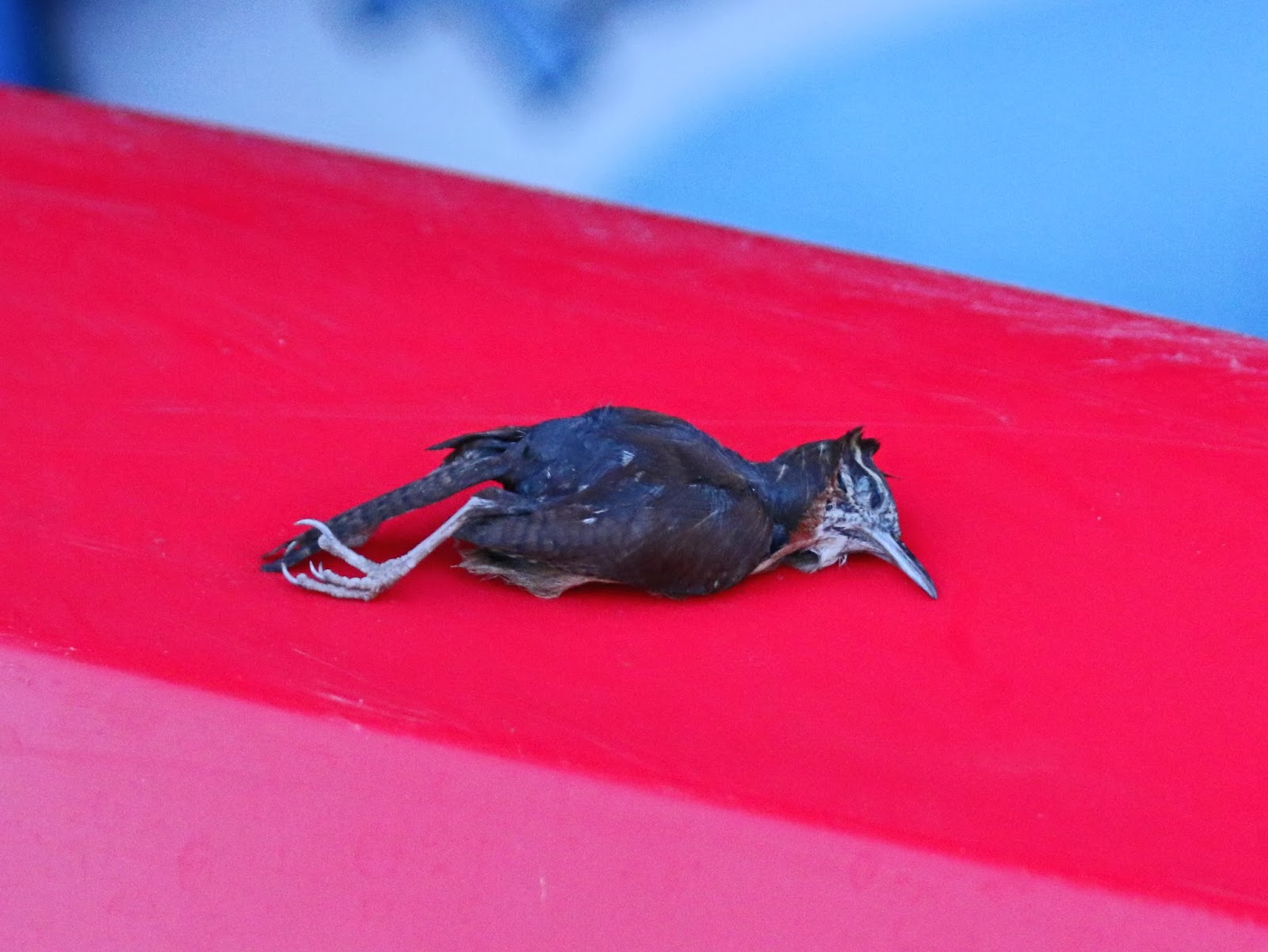 Sorry for such a sad sight...hope you have had your coffee!

It felt so soft and smooth like the richest velvet I had ever touched, and of course was weightless.  This little Carolina wren had fallen into the 'pool' perhaps trying to get a drink or perhaps flung in by the strong winds.

I then realized what had been missing from my mornings was his cadenza.  The brave and lyrical music that he sang each morning had not been there.  His/her mate, if there was one, was not around either.  Perhaps she/he was too sad to sing and had flown back into the woods to mourn.  According to zoomusicologist (yes this is a field of study!), Emily Doolittle (don't you love that name?), when measuring frequencies of a wren's song she discovered they are, "singing octaves [an interval spanning eight notes] more often, it was singing perfect fifth and perfect fourths.  Those are the three perfect intervals in Western musical theory...they're actually the simplest interval ratios in sound, and there's probably a shared physical and biological reason why people and birds gravitate towards them."  She went on to share that the wren's range is closer to ranges humans are used to hearing in music and it sings more slowly.  I must admit that she was talking about the musician wren of South America which you can hear here.  I think my Carolina wren is certainly just as lovely!  You can hear him/her here.

While hoping that this spring's orchestra will not be missing its loudest diva singer, I looked toward the bird bath two days later and saw this little one and sighed knowing he/she will find a mate in the spring. 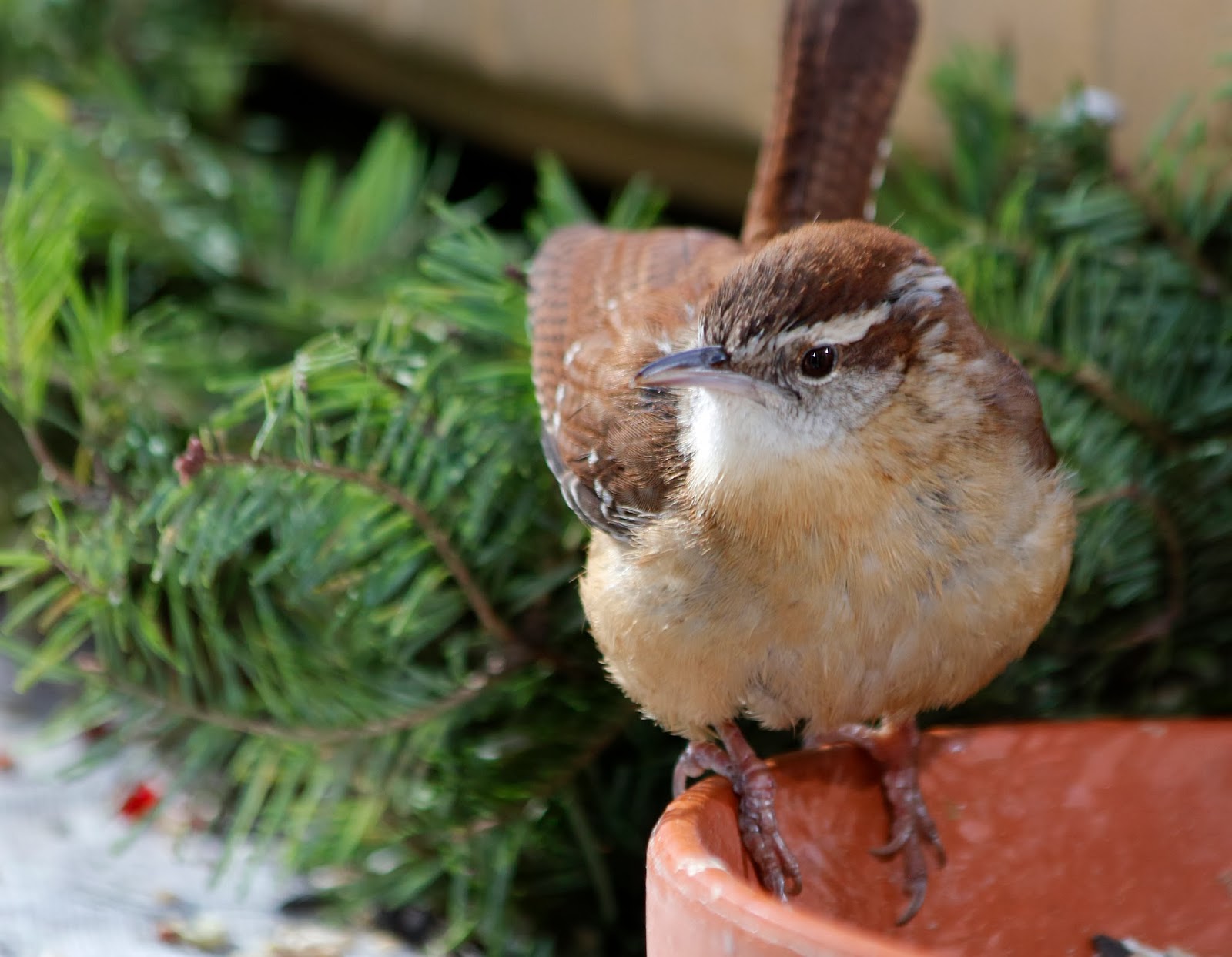 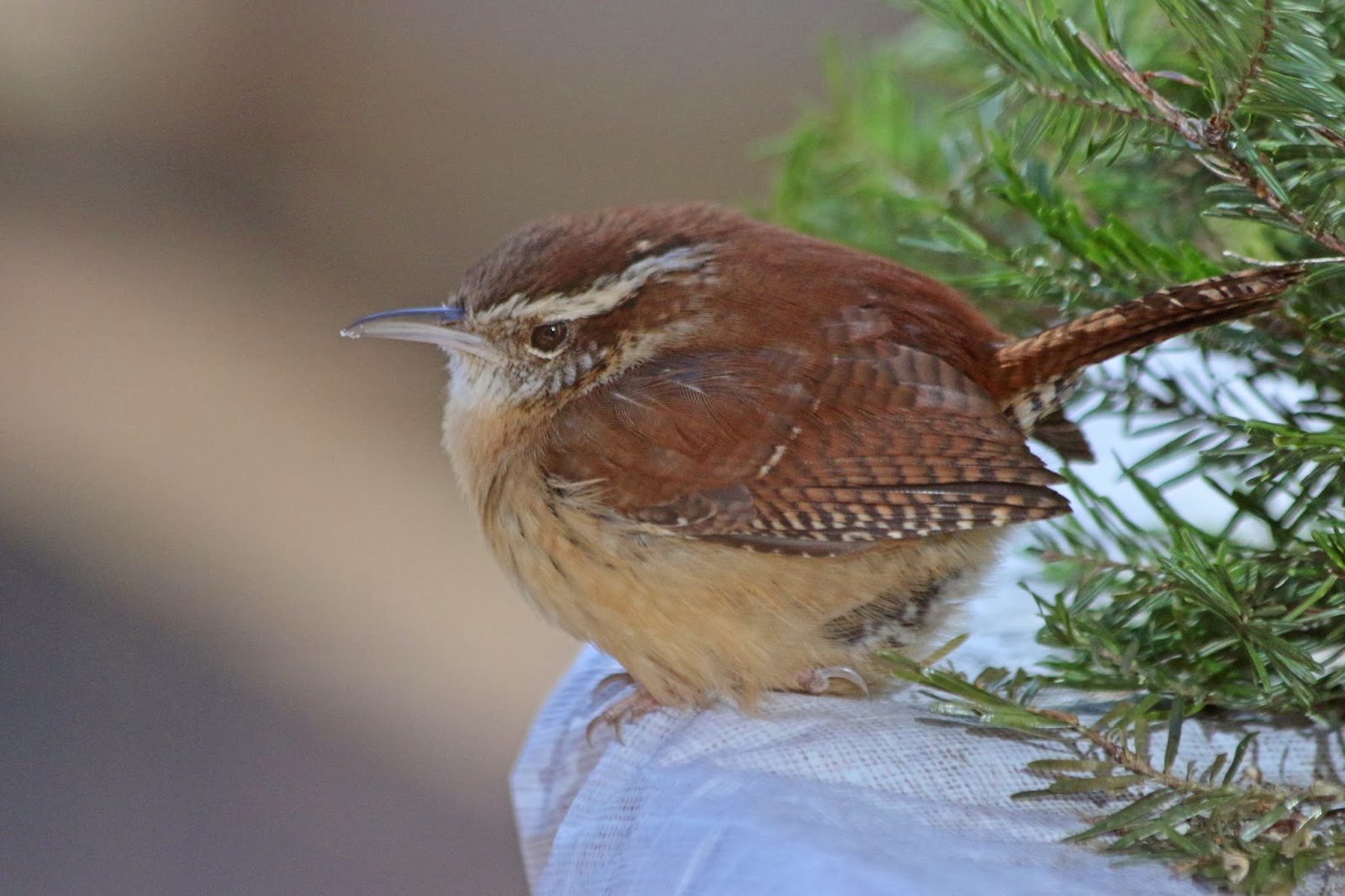