The Fungus Among Us

Today my post is all about Fungus, a living thing more closely related to animals than plants. Like our American vultures, fungi play an important role in devouring and breaking down dead organisms and providing nutrient recycling.  They provide food for man in the form of bread and beer (yeast) and tasty mushrooms.  They were famous for a while in the 60's when the majority of young were into psychotropic drugs made from mushrooms.   Fungi are also so powerful that they create toxins that kill plants and animals and mankind with great efficiency, and of course, they can play a role in medicine.   Most recently a fungus from Nova Scotia may have a role in improving antibiotics that are becoming less resistant to bacteria.

The Kingdom Fungi has been estimated at 1.5 million to 5 million species, with only about 5% of these having been formally classified.  There is a huge variety in shape and size and most fungal beings cannot be seen without a microscope.  If it is your field of study you would never lack for subject matter!

Now for some photos of mushrooms in my neighborhood after the recent rains. 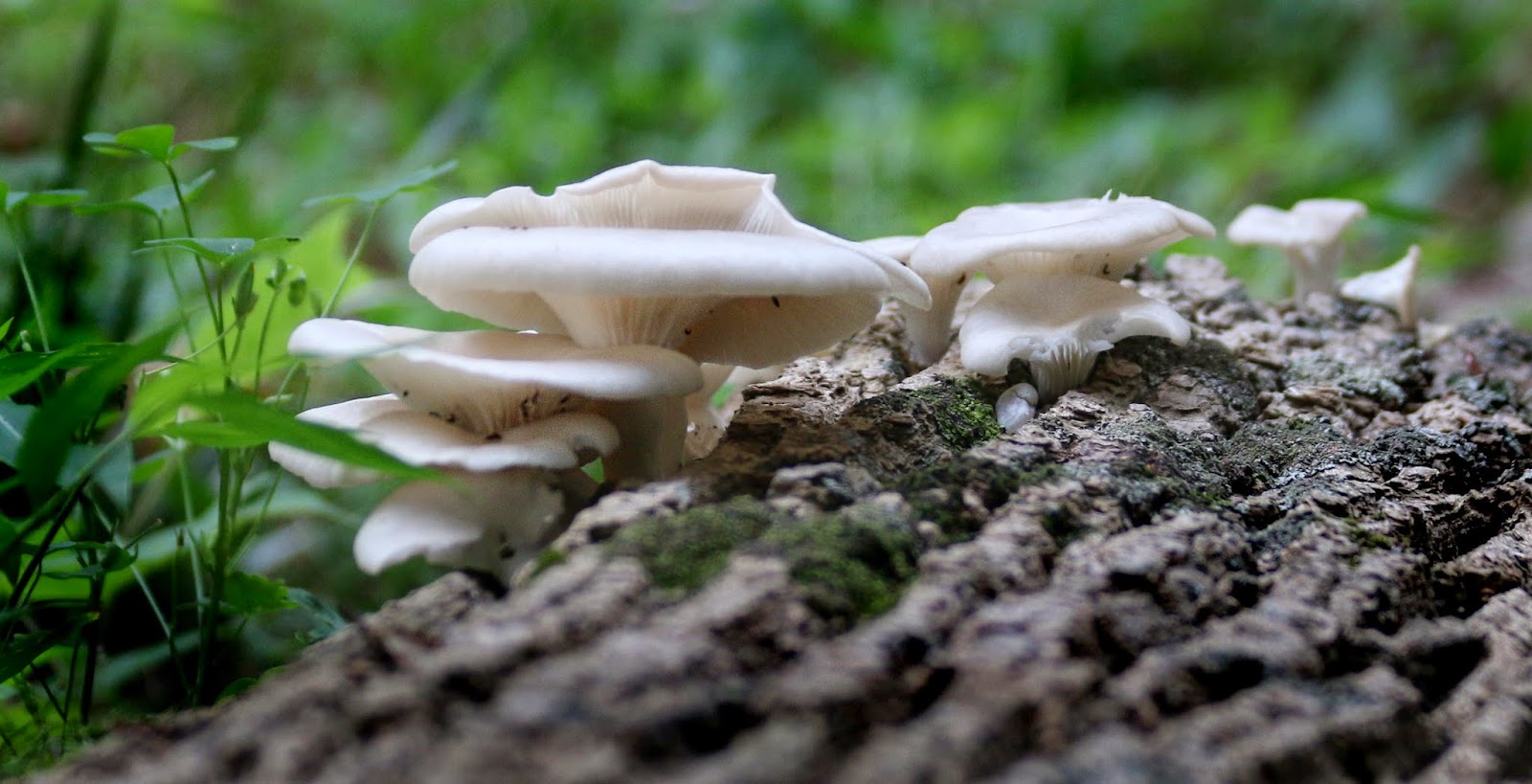 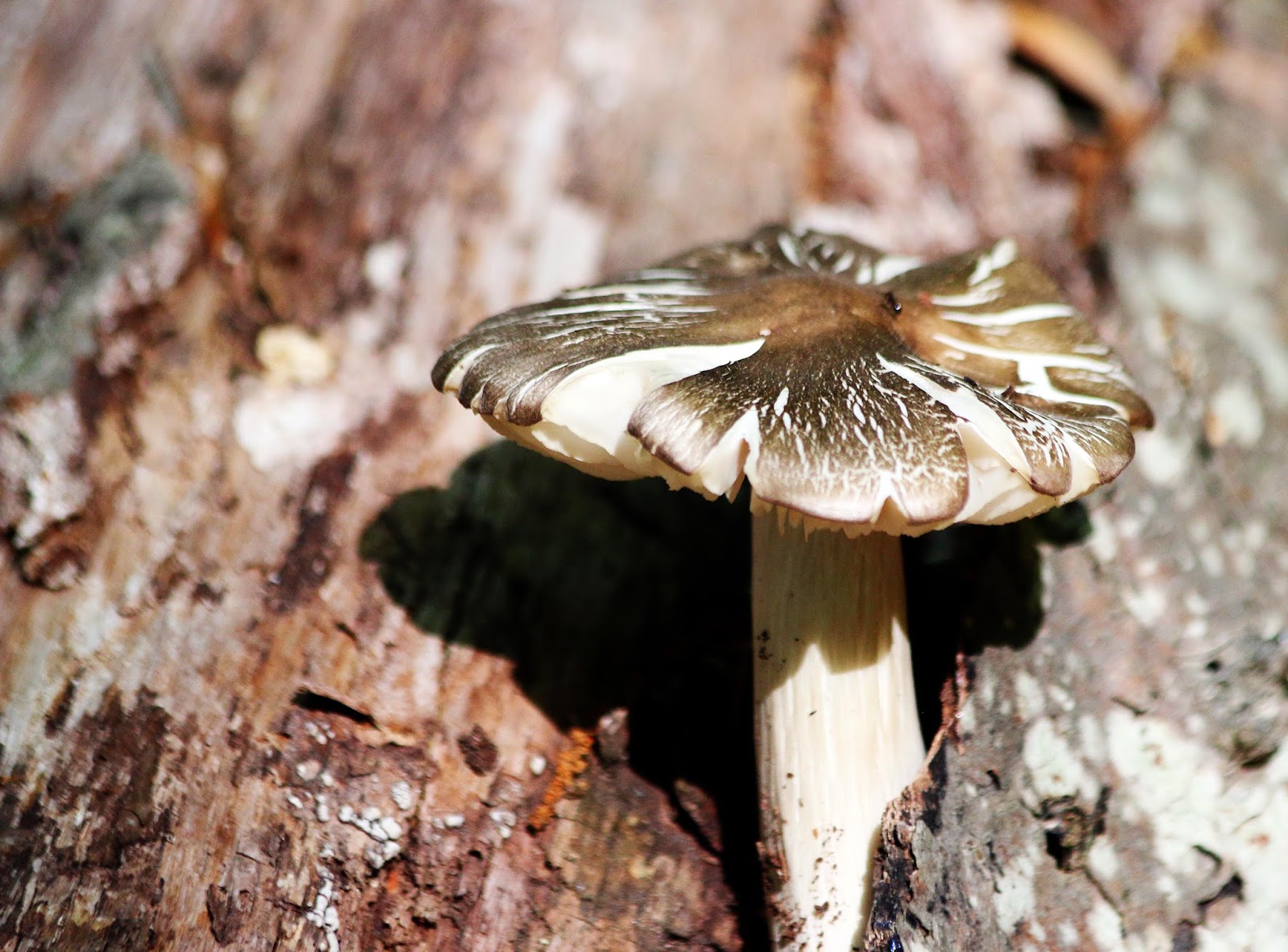 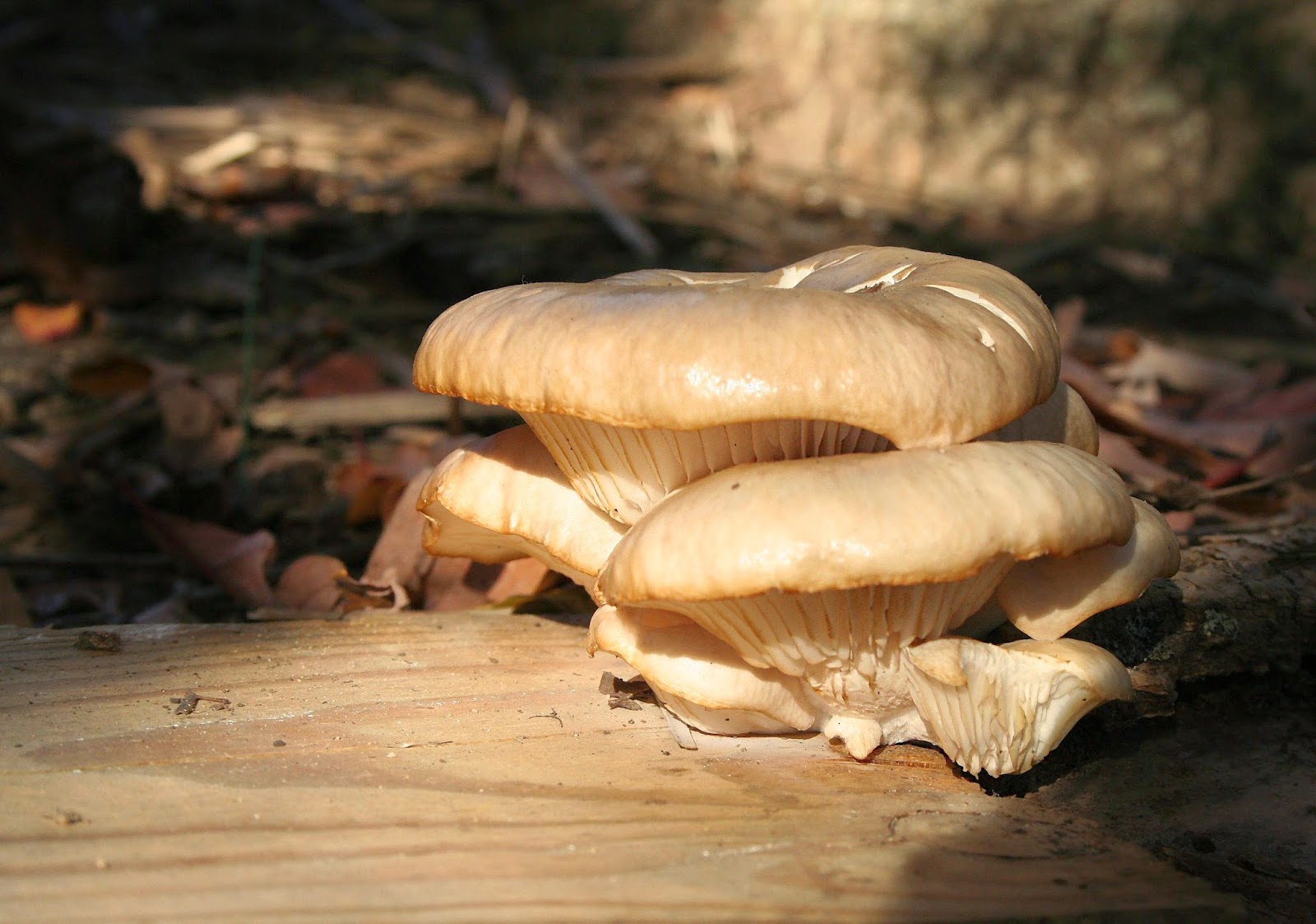 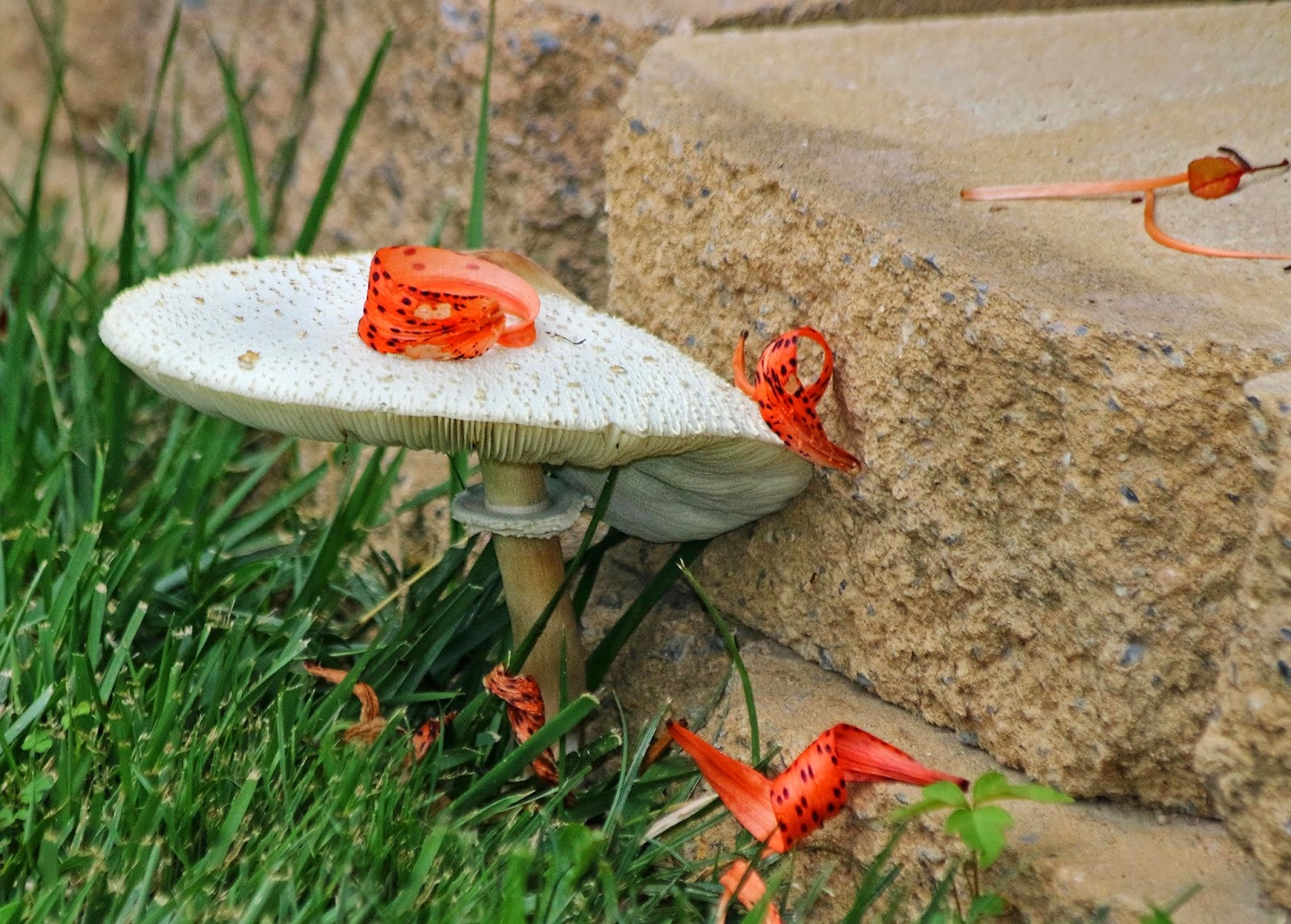 Now, for some reason I am hungry for steak.