The earth seemed to be reflecting the human chaos and fear in this country right now.  After a drive to the city we took a short trip to the C & O Canal where we used to walk or bike often when we lived nearby.  In the photo below it looks like a pleasant fall time, but this was taken in the shelter of the woods and away from the open riverside. 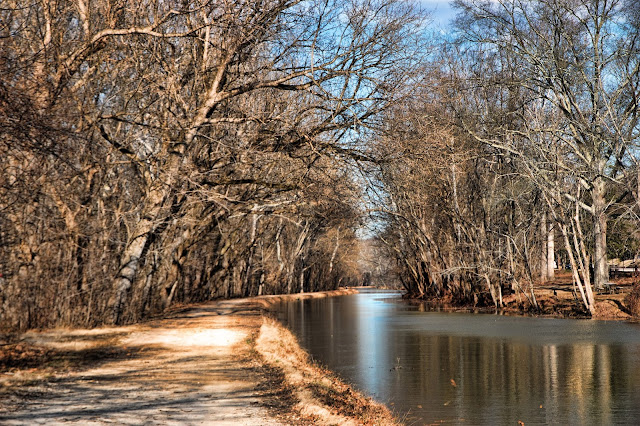 There were a number of people out walking on this weekday.  I photo-shopped away one jogger at the far end of the path.

The day was a normal cool for winter,  but the 25 MPH whistling winds were making the day harsher and when the gusts reached 35 MPH I had to brace my feet to keep from being blown aside like a twig.  Rain storms and some snow to the north had created an angry rush of liquid down the mountains into the Potomac River which runs beside the canal.  We walked to the lookout, a cement platform where emergency helicopters sometimes land to rescue a fearless kayaker or hiker that has fallen or is drowning. 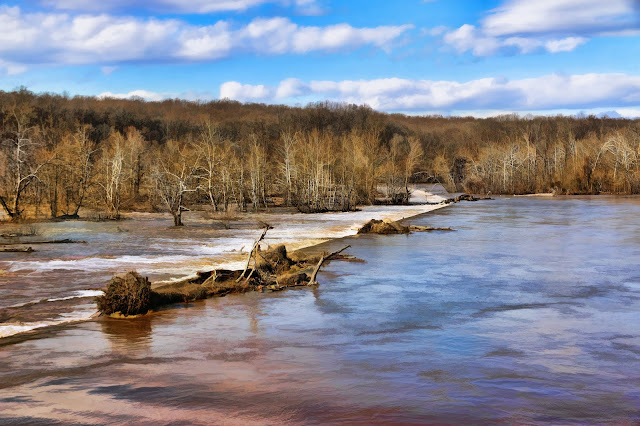 Here the river is wide and deep and deceptively calm.  I turned the photo into a painting above. 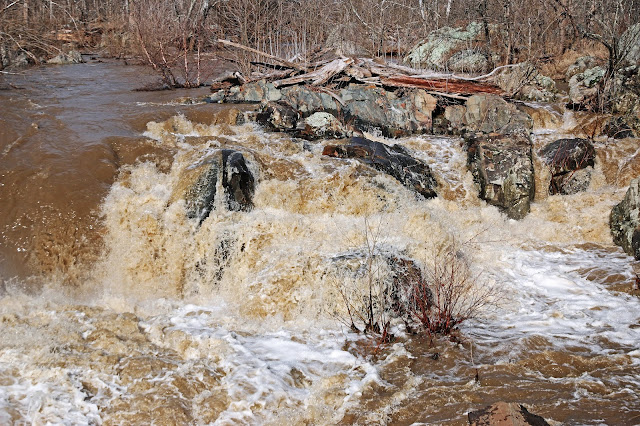 But just down the towpath and as we followed  a trail to a bridge that crosses over rocks on one side of the river, chaos reigned.  The sound of the rushing river competed with the sound of the shushing wind.  In the photo below I am crossing the bridge and you can see my shadow in the lower right.  As I raised my camera a gust caught me by surprise and I almost toppled. 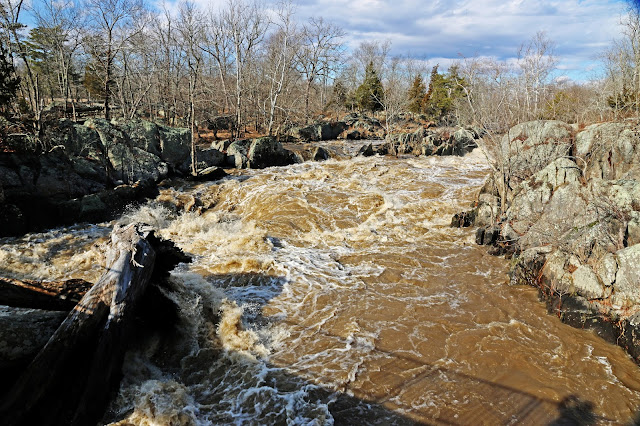 Days when I feel overwhelmed, it seems that Mother Earth can take my hand and make me feel even so much smaller. 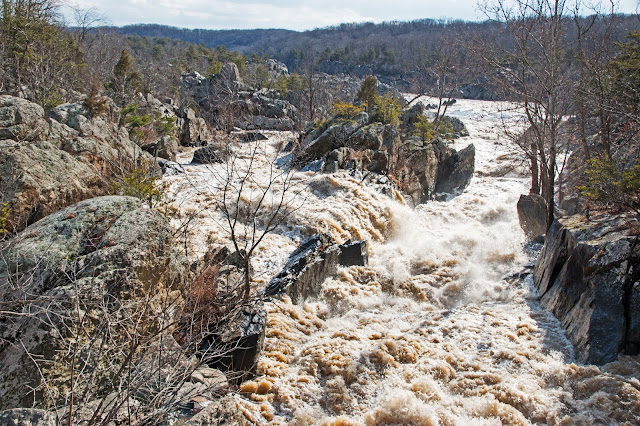